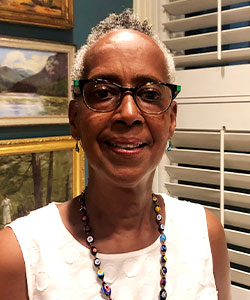 My career in international education began with the University of Pittsburgh in the early 1980s in the Office of International Services, where I served as an Admissions Officer whose primary role was to evaluate educational credentials for internationals applying for admission to the University. We were charged as well with the review of financial documents for issuance of immigration documents, allowing successful applicants to apply for the appropriate US visa. After several years in this role I became a J-1 Scholar Advisor in International Services and assisted academic departments with all aspects of bringing researchers, physicians, and seasoned academics and their families to the University.

Post 9/11, immigration regulations and the role of professionals like me changed dramatically. My perception of my professional identity shifted and I began to feel that advising took a back seat to policing and enforcing tougher newer, tougher regulations. When the opportunity to move from the “import” to the “export” side of things opened in the Study Abroad Office (now Global Experiences Office), I applied for the position and have been very happy to be back in an advising capacity since 2003. The change from assisting seasoned professionals and academics to advising undergraduate students in Arts and Sciences was initially challenging and has been consistently rewarding. I believe in the work that we do and know that we make a difference in the lives of the young adults we serve, and that they can make a difference in the world. Being a part of this group will only serve to reinforce this, and I look forward to serving.