About The City Placeholder Text

Internships to love in Madrid

Put your Spanish language skills to daily use while gaining work experience that will set you apart as a future job candidate. The Study + Internship program in Madrid allows you to make progress toward your degree while gaining practical skills in fields such as business management, communications, design, engineering, finance, hospitality, information technology, journalism, marketing, mathematics, political science, urban planning, and more. Courses are taught in English and Spanish. Learn more about the benefits of a CEA internship. 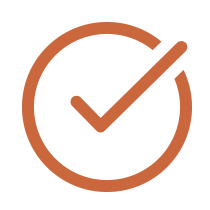 What's included in your Program

From housing to excursions, our inclusions make studying abroad easy!

One of study abroad’s many benefits is the opportunity to explore beyond your host city. That’s why CEA offers excursions for all semester, year, and summer programs; typically, we offer between two to three excursions to semester students and between one to two excursions to summer students. You’ll receive a calendar of excursions during orientation. Here are a few day and weekend trips we’ve offered in the past:

Your time in Seville begins at La Maestranza, an infamous bullfighting ring, followed by a visit to Reales Alcazares, a 14th century Moorish fortress. Tour La Giralda—one of the world’s largest Gothic cathedrals and (allegedly) the final resting place of Christopher Columbus—before enjoying a fabulous lunch in a restaurant set in a former Arab bathhouse. Let yourself be amazed by the incredible buildings that line Seville’s narrow streets and small plazas. Spend free time relaxing at the popular Parque de Maria Luisa and Plaza de España, complete with fountains and rowboat-filled canals. You’ll also have time to take a pleasant stroll along the banks of the Gualdalquivir River.

For 200 years, Toledo was the capital of medieval Spain; today it’s the capital of Castilla la Mancha, the land of Don Quixote. Known as the "City of the Three Cultures," Christians, Jews, and Muslims lived together peacefully; their legacy is a city filled with diverse, impressive architecture. Enjoy a captivating train tour to Toledo’s most beautiful locations, narrated with tales from local legend and history. Art lovers will appreciate Toledo as the home of El Greco, the world-famous Renaissance artist whose most important pieces can be appreciated in the city, including his masterpiece, The Burial of Count of Orgaz, displayed in the small church of Santo Tomé. Toledo is particularly well known for its quality sword makers; many films, like the Lord of the Rings trilogy, feature swords made in Toledo. While students are welcome to handle and photograph the swords, you’ll need to start saving early if you want to purchase one of your own, as price tags range up to $600. As many people consider Toledo the most beautiful city in Spain, get ready to have a remarkable experience on this excursion.

The first thing that’ll catch your eye in Segovia is the massive 1,900-year-old Roman aqueduct that delivered water to this charming town until just a few years ago. You’ll also tour the Alcázar, an 11th century castle that’s rumored to be Disney's inspiration for the castle in Sleeping Beauty. The local cuisine is an experience in and of itself, particularly the cochinillo (a.k.a. roasted suckling pig). You’ll also have the chance to visit La Granja, an incredible royal palace and grounds just 10 km from Segovia.

Spain’s third largest city is a seaside destination with beautiful weather year-round and a rich, interesting history. While you’re here, you’ll have the chance to eat the famous dish paella in its birthplace and soak up the sun on one of Valencia’s lovely beaches. We’ll visit the City of Arts and Sciences, an entertainment complex featuring a planetarium, interactive science museum, outdoor art gallery, landscaped walkway, a performing arts center, and more. We’ll also make a stop at L’Oceanográfic, Europe’s largest aquarium that hosts 45,000 animals of over 500 species. As we roam through the city, you’ll see a wide range of architectural styles represented by Valencia’s many eye-catching buildings.

These morning trips allow you to explore other cities in the Community of Madrid, with visits to sites such as:

Join your classmates at a typical flamenco show, where you’ll witness and understand one of the most representative dances of Spanish culture.

El Retiro is Madrid’s main park; together, we’ll discover its hideouts, main spots, and take a few rowboats out on the lake.

The Madrid Rio Park was renewed from 2006-2011; ever since, it’s become an outdoor sport destination. You’ll have the opportunity to cycle through the park and along the Manzanares River that runs through it.

The Prado is Spain’s main museum, featuring one of the world´s finest collections of art from the 12th to the early 19th centuries. Visiting it is a must!

Madrid is a LGBTQ-friendly city; in this tour, you’ll would get familiar with the main gay neighborhood and its historical importance.

Visit these emblematic buildings while learning about local politics. You’ll learn how Spanish government operates and gain familiarity with the politics of your host country.

As a CEA Madrid student, you’ll have the opportunity to stay active, meet new friends, and have fun while participating in CEA-led sports and exercise activities. You may:

Practice your Spanish with locals who want to improve their English! You may study with students from your own university or with Madrileños from different universities. It's a great way to learn the language and get to know local students on a friendly basis.

Give back to and engage with your host community through volunteering! Past opportunities include:

*Please note: If you intend to volunteer, intern, or participate in service learning with children, you must obtain a criminal background check prior to departure for your program. Please contact your Site Specialist for more information.

Want to build your digital portfolio while you study abroad? Join the Mobile Journalist (MOJO) program! You’ll blog, photograph, and video your experience abroad, then share them on social media.

Your study abroad adventure doesn’t have to end when your program is over. Keep sharing your study abroad love on your home campus…become an Alumni Ambassador! This internship allows you to help other students on their study abroad journeys while gaining work experience and growing your professional network. 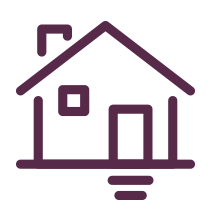 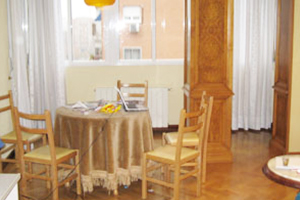 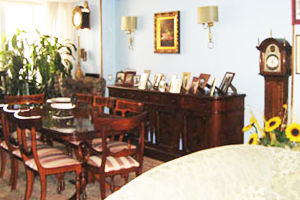 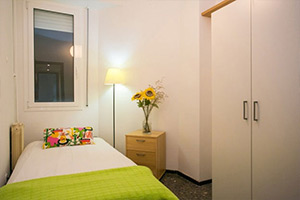 All CEA students studying in Madrid have the option of living in apartments while abroad. Generally located in the city centre, these apartments cater perfectly to independent, do-it-yourself type students who want to experience Madrid just as the local Madrileños do. Cook tasty tortilla de Española with your roommates in your kitchen, explore the personality of the neighborhood that surrounds you and make your new Spanish apartment a home. 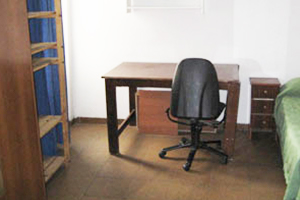 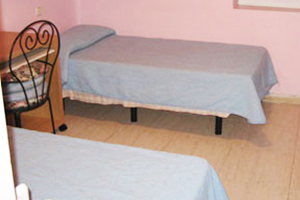 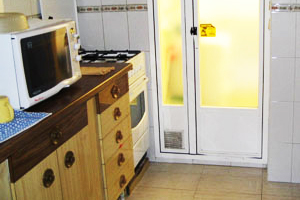 Engage in Madrid’s colorful culture firsthand when you live in a homestay with a Spanish family. For the culture-seeking type whose study abroad goals include improving Spanish language skills and cultural understanding, homestays provide the opportunity to dive headfirst into the daily lives of Madrid’s locals. 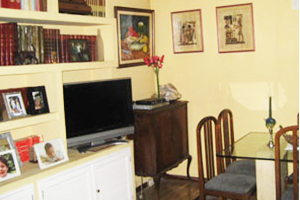 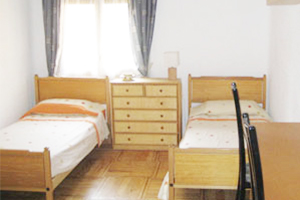 While CEA highly recommends that you choose one of our Madrid housing options provided, you also have the option to arrange independent housing. If your ideal housing scenario includes living in a particular neighborhood, having specific amenities or living with a specific person as your roommate, then independent housing could be just the ticket for you.

Use the online housing application form to request permission for this option no later than the application closure date. If your request is approved, you will receive a rebate for your housing payment, however CEA will not provide you with any assistance setting up independent housing. Keep in mind, rebates are not granted to students who move out of their CEA housing or choose to pursue independent living arrangements after the application closure date. 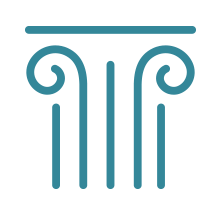 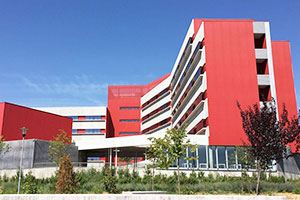 Since its founding in 1989, the Universidad Carlos III de Madrid (UC3M) has grown into one of the leading higher education institutions in Spain.  The public university offers a range of courses to a culturally diverse population of more than ­­­­­­19,000 students.  More than 3400 international students participate in exchange programs through the university each year.

You will have the opportunity to take courses from two different campus locations.  Each campus is about 15-25 minutes train ride from Puerta del Sol in Madrid.  There are also buses that run between the campuses.  The Getafe campus is where students take their Social Science and language classes while the Leganés campus is where students take their Engineering, Science, and Math courses.

You will have access to the same university facilities and will be able to take courses in English with local Spanish students, allowing you to fully appreciate UC3M student life. By sharing the campus with local and other international students you’ll have the opportunity to meet and interact with your peers.

The Universidad Carlos III de Madrid is recognized by the Spanish Ministry of Education as a degree granting institution of higher learning. The university also holds accreditation from AACSB (Association to Advance Collegiate Schools of Business) and AMBA (Association for MBA programs).

Grades at UC3M are based on a 10-point scale.  Below is a table used by all faculty at UC3M and represent the grades you will see on your transcripts: 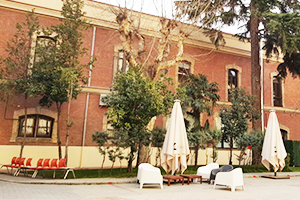 With an annual student population of about 5,000, Universidad Antonio de Nebrija prides itself on being "the smallest of the great Spanish universities." This highly ranked private university was founded in 1995 and named after the first grammarian of the Spanish language. In 1492, Nebrija presented the first-ever Spanish grammar book to Queen Isabel; today, teaching Spanish as a foreign language is a key activity, and the Center of Hispanic Studies at Nebrija is dedicated exclusively to Spanish language training.

Universidad Antonio de Nebrija is recognized by the Spanish Ministry of Education as a degree-granting institution of higher learning.

The Spanish grading system is based on a scale of 10, as opposed to 100 in the U.S. system. It would be inaccurate to merely multiply a Spanish grade by 10 to find its U.S. equivalent. Grading in Spain is usually more severe than at U.S. institutions, and you should be prepared to adapt to different methods of teaching. Transcripts from Spanish universities list both numerical and verbal grades.

Oceans Away from Home: Studying Abroad in Madrid | Rubie Gonzalez-Parra | May 16, 2020 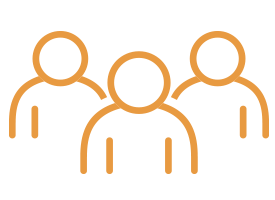