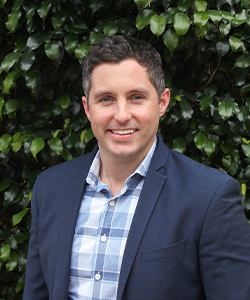 Leadership
Originally from Chicago, Colin joined CEA in 2010 after studying abroad with us in San José, Costa Rica. He graduated with a B.B.A. in Finance from the Tippie College of Business at the University of Iowa. Studying abroad inspired him to work in international education, and Colin was brought on as an intern in the Finance & Accounting department. During his internship, he worked cross-functionally with all departments to gain a comprehensive understanding of the organization. He was promoted to Financial Analyst in 2012 and became responsible for creating an accurate budget process using the software Host Analytics. He spent two years refining what is now the foundation of CEA’s budget process. As a Financial Analyst, Colin also worked through several operational projects like mapping out and implementing the marketing lead hierarchy, creating revenue and enrollment goals across all departments, contributing to the enrollment contact strategy, and creating the sales pipeline in Salesforce. These and other achievements have helped CEA develop a standard of analytical reporting across the organization.
Colin enjoys taking trips back to Chicago to visit his niece and nephew, who are also his godchildren. He likes traveling both domestically and internationally, and has so far set foot in Spain, Costa Rica, Colombia, the Czech Republic, and the United Kingdom. He’s a skier who has been on the slopes of several U.S. mountains, and he also likes to golf.