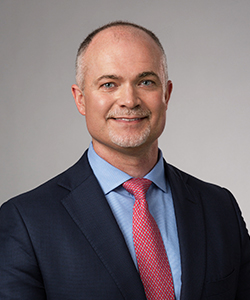 Keith A. Cline is the Chief Executive Officer of the combined CEA Study Abroad and CAPA: The Global Education Network organization. Keith has been active in higher education for many years and has dedicated his time and philanthropic endeavors to developing well prepared and globally minded students. This includes the endowment of The Cline Leadership Academy at The University of Akron, his alma mater, which seeks to develop students into effective team leaders today and worldwide leaders for the future, and an endowment to The Ohio State University to The Shumaker Complex, a comprehensive training, wellness, and educational facility aimed at collaboration, innovation, and learning for student-athletes.

Prior to joining CEA/CAPA, Keith spent 20 years in executive leadership roles with hospitality and specialty retail brands and has extensive experience in strategy development, operational excellence, and building highly effective teams. His passion for leading people and building strong and diverse values-based cultures is the perfect intersection with the mission and purpose of the combined CEA/CAPA organization.

Most recently, Keith was the President & CEO of La Quinta Inns & Suites and its successor company, CorePoint Lodging Inc. He serves on the Texas FFA Foundation Board and is a member of World 50, a private global community of senior executives. 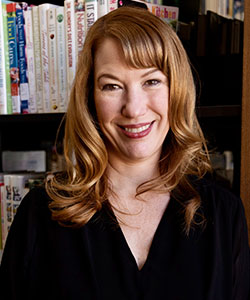 She has worked in education abroad since 1991, including onsite at Trinity College in Dublin, Ireland, and as the Study Abroad Coordinator at Leeds Metropolitan University in Leeds, England. She managed institutional relations for several U.S.-based educational organizations and consortia including Regent’s College in London and AustraLearn previous to going to the University of Minnesota in 2001.

From 2009-2022, Martha served the Assistant Dean for Learning Abroad at the University of Minnesota and oversaw one of the largest education abroad offices in the U.S., sending over 4000 students abroad annually. She played a key leadership role in the highly successful and internationally recognized Curriculum Integration initiative, as well as developing the Career Integration project and subsequent conferences.

Martha holds a PhD in American Studies with an emphasis in drama and the performance of gender, race, and cultural identity from the University of East Anglia in Norwich, England. Martha has presented and chaired numerous sessions and workshops at national and international conferences, served on a variety of education abroad program boards, and authored articles and chapters for publications including Frontiers and NAFSA guides and resources. She previously served in leadership roles and chaired multiple committees in NAFSA, the Forum on Education Abroad, Diversity Abroad, the Global Leadership League, and the Fund for Education Abroad. She is currently serving a term as Secretary on the Board of Directors for the Forum. 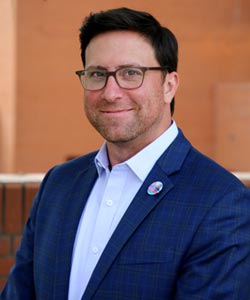 Dr. Louis “Lou” Berends comes to CEA from Syracuse University where he most recently held positions as Director of Strategic and International Partnerships, and Director of Academic Programs under the Provost’s Office. Under Lou's leadership, Syracuse Abroad increased study abroad participation and is ranked highly as a national leader in study abroad. Lou has worked extensively in international education at U.S. universities and providers of global education since 2000. He holds a Ph.D. from Loyola University Chicago in cultural and educational policy studies with a concentration in comparative and international education.

Additionally, Lou studied at Brunel University (Uxbridge, UK), the University of Oxford (St. Catherine's College), as well as in Rome, Italy, and has visited and conducted research in numerous countries. Lou is a first-generation college student and also comes from a low-income background and as a result is a strong advocate for increasing access to global learning for all under-represented students. Furthermore, Lou has presented many papers in various settings including Harvard's Graduate School of Education, the Comparative and International Education Society (CIES), the Forum on Education Abroad, and NAFSA (among others). Lou’s most recent publication, co-edited with Dr. Kate Patch, SIO at Grinnell College, is a book on high-impact educational practices entitled, Undergraduate Research Abroad: Approaches, Models and Challenges (2020). Lou currently serves a Chair of the Forum on Education Abroad’s Research Advisory Group. 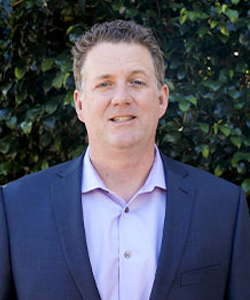 Tim Boubek is the Vice President of Strategic Institutional Partnerships. CEA established its Institutional Relations department to serve as a vital resource to enhance university outreach efforts throughout the U.S. Tim leads the team of CEA Regional Directors to foster collaborative relationships with university partners, and provides U.S. institutions with a keen knowledge of CEA operations, from student recruitment, admissions, and planning through their time abroad and return to their U.S. campus.

Tim brings many years of study abroad experience to the position, having served previously in several operational capacities at CEA. A current member of NAFSA, he graduated from Western Illinois University with a Bachelor of Science in Law Enforcement - Criminal Justice and a minor in Business Administration. He earned a certificate in Human Resources Management from the University of Phoenix. 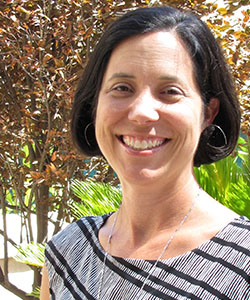 Caroline Walsh is responsible for the alignment and growth of CEA’s current product portfolio and expansion into new markets. She works closely with leadership within University Relations to identify university needs and trends and collaborates with Academic Affairs and CEA staff worldwide to design and deliver new programs and academic partnerships that are best suited to meet the needs of our U.S. university partners.

Prior to joining CEA, Caroline worked in the Public Information Office for the Santa Clara Water District, at the World Affairs Council in San Francisco, and at the Office of International Student Scholars at UW-Madison. She has a Master of Arts in Latin American studies from UW-Madison (Wisc.), a certificate of global leadership from the Thunderbird School of Management (Ariz.) and a Bachelor of Arts in Spanish from Santa Clara University (Calif.).

While living for a year in Madrid, Spain, Caroline used her school breaks and weekends to travel throughout Spain and many other countries within Europe. She also lived in Bolivia and Brazil, and traveled throughout Peru, Chile, and the Amazon. Caroline thinks it's OK for students to be uncomfortable when traveling abroad: "It is in these moments we learn about ourselves and the new culture we are visiting. When you leave your comfort zone, you grow. You'll feel awkward and out of place many times, but that's OK. Don't shy away from difficult moments or stay where you are comfortable, you may be surprised at how strong you are." 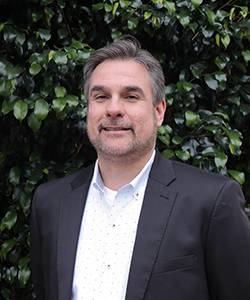 Shawn Coover is the Vice President of Global Operations and Human Resources. In this role, he oversees the development and implementations of policies, processes, and best practices to ensure CEA continues to be a great place to work. This includes consultation on strategic business initiatives, employee relations, staffing plans and recruitment, compensation and benefits, communications, training and development, and legal compliance. Most importantly, Shawn and his team work diligently to make sure that everything we do is true to the organization’s Core Values, Mission, and Vision.

Shawn earned his bachelor’s degree in Economics and MBA from Northern Arizona University. He joined CEA in 2018 and brought with him 19 years of international leadership experience, including 8 years in Human Resources. His professional background also includes leadership experience in operations, project management, development, customer service, and purchasing with Honeywell, AT&T, and Belden Wire and Cable.

An avid traveler, Shawn has traveled to over 30 countries. 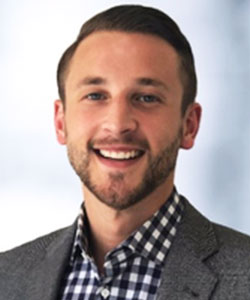 Ben Werth brings over a decade of experience leading strategic and operational transformation for growth and spent the past six years within the private equity ecosystem. He joins CEA CAPA from LogicMonitor, where he served as Vice President of GTM Operations and Growth Strategy and was a member of the Senior Leadership Team. Throughout his tenure, Ben held several senior leadership positions at LogicMonitor, across pre- and post-sales, helping scale global operations from 250 employees to 1,100-plus. Prior to LogicMonitor, Ben delivered consulting and strategy services with Vista Equity Partners in VCG, and at Deloitte Consulting.

Ben graduated from the University of Washington and earned his bachelor’s degree in accounting and finance. Instrumental as a founding team member of a Bellevue Washington area non-profit, Rainier Athletes, Ben focused on creating equitable opportunities through mentorship for youth, in and out of the classroom. For over eight years, Ben worked to grow the organization to now serve 100-plus students annually, across 12 schools, supported by a team of 70 mentors.

As a business leader and community member, Ben is passionate about personal development, and creating equitable opportunities for those around him to reach their full potential.

Vice President of Information Technology
Chris DeRusha joins CEA CAPA with over 16 years of IT management experience. His career path in IT started at a young age while helping a neighborhood computer shop build new PCs. This led to his desire to pursue his bachelor's degree in computer science. Since then, Chris has worked for manufacturing, engineering, and medical organizations. He now has extensive experience designing and leading in the implementation of robust corporate networks with the security and redundancy required to maintain business stability. Maximizing interdepartmental collaboration, efficiencies, and productivity through thoughtful and smart use of IT resources is his passion. Chris recognized early on in his career that IT was not just a service, but a provider of tools and ideas to help company departments work better, together.
...
MORE
Read More