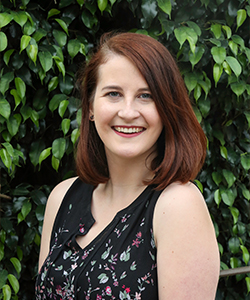 It has been years and I’m still just as in love with Sevilla as the day I stood across the river overlooking the city on my first day.  My yearlong experience as a student through CEA transformed my life—now, working for the Enrollment department, I come to work each day prepared and excited to aid my students in making their experience abroad the best it can be.

I grew up close to Philadelphia, Pennsylvania and earned my bachelor’s degree in Languages and Cultures with a Spanish concentration from West Chester University. While in college, I got the opportunity to study at the Universidad de Sevilla in Seville, Spain through CEA’s program! I was incredibly lucky to get to visit most of Spain while abroad, as well as Italy, France, Portugal, Africa, and Greece. Travel has remained a constant passion of mine—I’ve been back to Sevilla every year since I’ve left, and I hope to explore South America very soon!

Being an international student was, and remains, both the hardest and best thing I’ve ever done for myself. I learned to be self-sufficient, learned how capable I truly was. I became spontaneous. I fell in love with a city and its people—along the way, I fell in love with myself.

I think that the ability to see so much light, so much good, in a place that originally seems foreign is such a beautiful thing. What a lesson—both personally and professionally, study abroad pushes a person to be the best possible version of themselves. I look forward to helping future students discover this and so much more!

Outside of work, I like to sing and listen to live music! I read every day, and spend time with my friends and family as much as I can.

Ashleigh lived in Rhode Island for most of her childhood. She earned a duel degree from MassArt in Art History and Photography in Boston. While in college Ashleigh studied abroad in Rotterdam in South Holland. While in the Netherland, Ashleigh became passionate about other countries and cultures.

After graduation, Ashleigh left the USA to teach in China. There she learned about the Visa process and assisted new hires with moving to China. From then on Ashleigh knew she wanted to pursue a career in facilitating an international experience for others. As a Site Specialist at CEA Ashleigh advices student when they are enrolled in CEA. In this role Ashleigh is able to connect with students about their passion for travel and their excitement for their study abroad experience.

Outside of work Ashleigh enjoy many outdoor activities like camping and hiking. She loves to paint, woodwork and embroider. Throughout her life Ashleigh has been to 25 countries and is passionate about learning about new cultures and traveling the world. 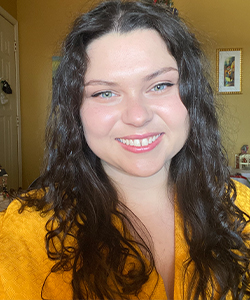 I was born and raised in Arizona, where travel was a big part of my family’s life! My grandparents retired quite early to travel the world on cruise ships, and they would bring home souvenirs for me from every country they visited, which helped to ignite wanderlust in me at a young age. Besides going to Puerto Peñasco “Rocky Point,” Mexico a few times a year (which does not technically count as international travel when you live in Arizona!), my first trip abroad was to Italy with my high school marching band in 2008.

I attended university at Colorado State University (CSU), where I obtained my Bachelor’s in Political Science and Bachelors in Communication Studies. During my time at CSU, I traveled to Ireland in 2013 with the university’s marching band and marched in the St. Patrick’s Day parade, and traveled around Ireland. I then studied abroad later that year in Prague, Czech Republic, for a semester at the university Vysoká škola ekonomická v Praze (VŠE). I have traveled to many countries, mainly in Europe, and have a long list of countries I plan to travel to in the near future!

I believe the most important decision I made while in university was studying abroad and encourage everyone I meet who is in University to make the same decision! In most cases, you will hear people say one of two things 1) I’m so glad I studied abroad while in University, or 2) I wish I had studied abroad.

When I am not traveling or working, I enjoy spending time with my adorable cockapoos and my family! 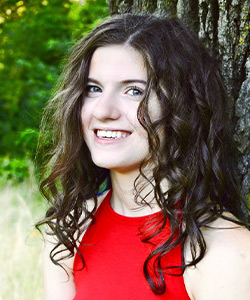 I grew up in the suburbs of Chicago. Growing up, my first taste of the world was through cruises with my family! My brother has played travel hockey for 13+ years so I also had plenty of long car rides across the country in my childhood. I knew I wanted to go to France in the fourth grade, started studying French in High School, and went to Paris for a semester with CEA in Fall 2019!

I stayed close to home, attending Northern Illinois University (NIU), where I obtained my Bachelor’s in World Languages & Cultures with an Emphasis in French and Francophone Studies. During my time at NIU, I also spent a month in Aix-en-Provence living with a host family.

When I am not traveling or working, I enjoy listening to podcasts and trying new restaurants!