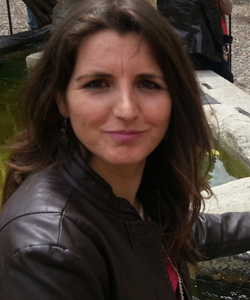 As CEA Seville’s Senior Housing Coordinator, Esther is responsible for managing all aspects of Center housing, including selecting and maintaining a network of relationships with local constituents to offer four different concepts of student housing.  She advises students on issues related to housing, the adaptation process, and making the most out of their study abroad experience. She also joins students and staff at social events, immersion activities, and daytrips.

Born and raised in Seville, Esther holds a bachelor's degree in English Language and a postgraduate certificate in education from the Universidad de Sevilla. As an undergraduate student, Esther had the opportunity to study abroad in France. After graduation, Esther moved to the Canary Islands where she worked in the tourism sector and learned German. She also had the opportunity to spend a year in Ireland, a life-changing experience that increased Esther's interest in other cultures.

Prior to joining CEA, Esther worked in the education field with international students. Esther loves traveling and being in touch with other cultures. She has travelled to several European countries, including Portugal, Italy, France, England, Ireland, and Scotland.

Esther feels that studying abroad influences students' career path, world-view, and self-confidence, all while helping them better understand their own cultural values and biases.