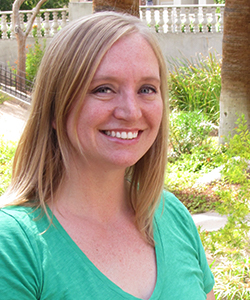 Sara serves in NAFSA's Trainer Corps, which delivers NAFSA Core Education Program Workshops throughout the year. She has delivered the CEP workshops for Campus and Community Programming and the Expanded Roles of the Education Abroad Advisor. Additionally, she has presented at many state and regional conferences for NAFSA and NACADA.

Sara first travelled to Paris after high school and subsequently spent her junior year of college studying in Rennes, France. Other travels have led her to Dublin; Belfast; Cuidad Juarez, Mexico; Rome; Florence; San Jose, Costa Rica; and all over France, from Normandy to the Loire Valley to the gorgeous Cote d'Azur. Sara would love for her next personal adventure to take her to Scotland where she’ll explore the Moors, the Highlands, and the castles while wearing warm, Scottish sweaters.

Sara believes students shouldn't let fear guide their lives: "Try to look at each new possibility, regardless of how scary it might be as an opportunity to learn, grow, and do something different. Be open to new experiences. Cast judgment aside and be willing to learn about a new culture, different ways of life and living." 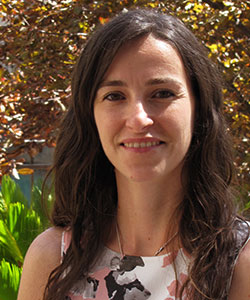 As Operations Manager, Margit serves as a leader on data management initiatives for the Program Development department, managing the integrity of program data for internal and external stakeholders, as well as serving as the Department’s primary liaison on large-scale organizational data initiatives. This collaborative position regularly engages international staff to ensure the accuracy of program data, and requires Margit to work with staff across the organization to identify and implement process improvements in the areas of program data collection. In addition, Margit plays a valuable role in the development of new programs, from research to launch, and provides strategic support to other Program Development team members with data-related tasks such as research, database entry, marketing tasks, and training. Margit interacts heavily with CEA international staff and consistently works to enhance connectivity with our international colleagues.

Margit is originally from Slovenia and holds a degree in Political Science from the University of Ljubljana, Slovenia. Margit started traveling abroad at an early age and has since checked more than 20 different countries off her long ‘must visit’ list. During her undergraduate education, she participated in two study abroad exchanges—at the University of Miami in Miami, Florida, and at the University of Arizona in Tucson, Arizona—which gave her the opportunity to immerse herself in the American education system and culture. Prior to joining CEA, she worked for the Embassy of Slovenia in Washington D.C. as a Consular Advisor. Margit speaks 3 languages: English, Slovenian, and Italian.