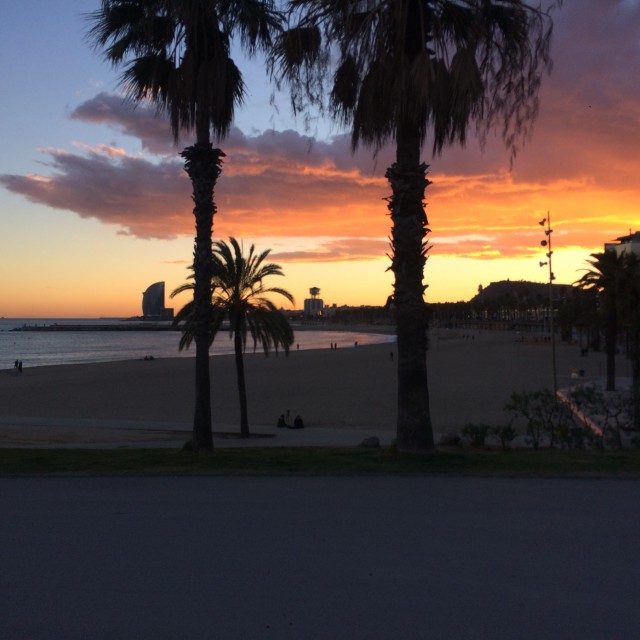 Arriving in Barcelona, I had no idea what to expect from this program. I obviously knew the four classes I would be taking at the CEA Center and the one class I would be taking at the local, University of Vic - Central University of Catalonia (UVIC). However, to be honest, I had done very little research. I had a cousin who was in CEA several years ago and loved it, so I decided to give it a shot. In reality, who doesn't want to live in a foreign country with bomb weather for 4 months and get college credit while doing it? So I selected CEA based solely off the great reviews and the amazing location; I did not know anyone coming to Barcelona and had never been out of the country, so it was a bit of a jump for me.

So far I have loved CEA and the local campus at UVIC, especially because it has such a cool feel to it. It is a small campus here in Barcelona with just one building, but it is pretty awesome. It has a little diner in the bottom floor, and the whole thing is pretty modern, it even has fingerprint scanners to get in the building which makes me feel a lot more important than I am. Also, all of the classrooms are pretty small, so you really feel like the professors know you personally. I have two professors for my one UIVC class "Brand Design," Nacho and Jordi. Both studs and experienced businessman. They teach this class on the side of their regular ventures, for the love of educating students.

As for my CEA classes, they are pretty cool as well. I am taking four classes there: Beginner Spanish (because why not study in Spain while knowing zero Spanish), International Business, Theory and Practice of Management, and International Finance. I think my favorite so far is Theory and Practice of Management because I'm passionate about it and our professor, Carlos, is hilarious. He is a businessman and pretty laid back and jokes around in classes, making it way easier to stay engaged.

Overall, school in Spain isn't that different from back at my home university (Washington State). The thing that stood out to me the most is the size of my classes.  I haven't had a class here with more than 25 people whereas back home, every class had at least 100 people. Other than that, the professors are similar. They teach the same material, and you are still getting a similar education you would get back home, but in an amazing location in Europe which is pretty sweet.