Came for the Elephants, Stayed for the Penguins 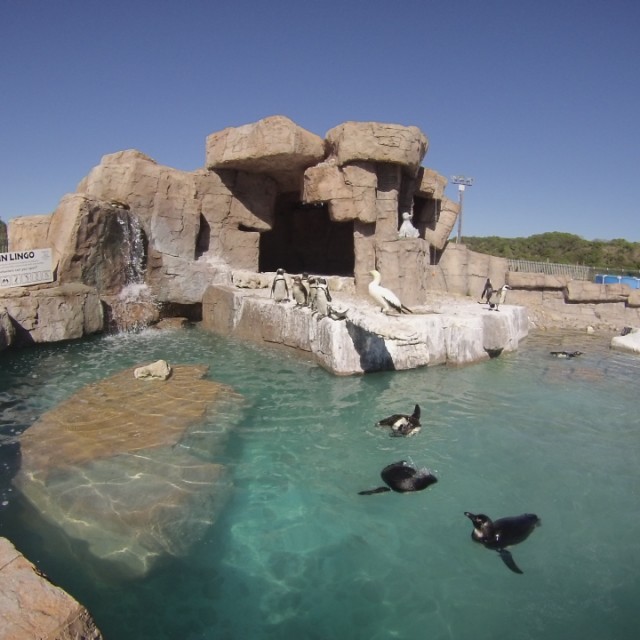 I know, it sounds crazy -- penguins in Africa?! But indeed, it is true. The African Penguin can be found all along the southern coast of Africa. They are feisty, beautiful, and very clumsy, and I get to spend every Monday morning playing with them!

I originally wanted to study abroad in South Africa to get a chance to go on a safari and see the Big Five -- lion, elephant, Cape buffalo, leopard, and rhino. Little did I know, I would not only see these animals, but I would also have a once-in-a-lifetime opportunity to volunteer at the South African Marinebird Rehabilitation and Education Centre (SAMREC). The International Student Centre at Nelson Mandela Metropolitan University in Port Elizabeth has set up different types of volunteering experiences that the students can be a part of. Most of them include playing with children and helping with homework, but being the animal-lover that I am, I couldn't pass up an opportunity to volunteer with penguins!

Every day at SAMREC brings a new experience -- you never know when someone will call to say that they are bringing in an injured bird (or four), or when people will come to tour the facility while you're cleaning penguin poop off the rocks. Yes, it's a messy job, but it's very rewarding. Through feeding the penguins fish, cleaning and bandaging an injured feet, and admitting a new bird, I have learned more about these amazing creatures than I ever thought I would. You begin to learn not only their names, but also their individual personalities -- Eddie is laid-back, while Holly is a monster.

The most rewarding part of volunteering at SAMREC is when they release the birds back into the wild every few weeks -- there has only been one bird release since I began volunteering, which I missed because I was on a safari seeing the Big Five! The African penguin is an endangered species due to many different factors, so being able to rehabilitate and release them is an amazing feeling. SAMREC does a lot of education on not only the birds and other marine species, but also on water pollution, climate change, and other local marine problems.