My Astronaut Dream: From Study Abroad to SpaceX 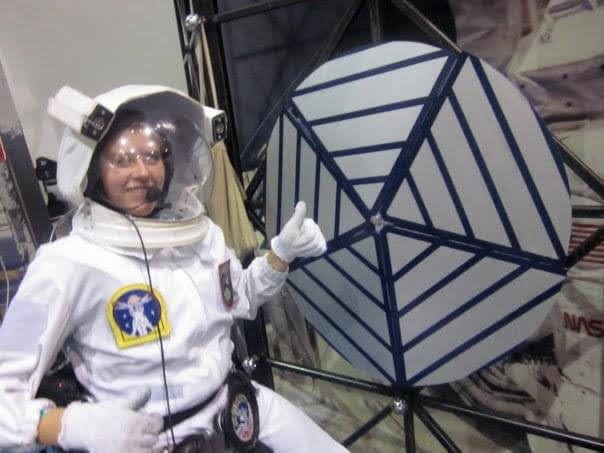 Today I want to share how I became a rocket scientist, from my dreams in middle school to my eventual role at SpaceX. I want to share snippets of my life with you all, including my college experience in engineering and studying abroad.

My path to becoming an astronaut started in 8th grade when my science class made 5-minute shorts of scientists around Boulder, Colorado (my hometown). One day I sat in for a friend on an interview with former astronaut Joseph R. Tanner, who told us that the most important thing you can bring to space is a spoon.

Yes, you read that right, a spoon. Well to me, something as ordinary as a spoon was no longer boring, and right then and there I decided to become an astronaut. Every decision from then on was with the mindset that eventually I would be floating around in space on the ISS and eventually walking on Mars.

Throughout high school, I focused on science (which had never been a favorite subject) and found a passion in aerospace. I attended the Advanced Space Academy in Huntsville, Alabama, at the U.S. Space and Rocket Center, where I started training to become an astronaut. 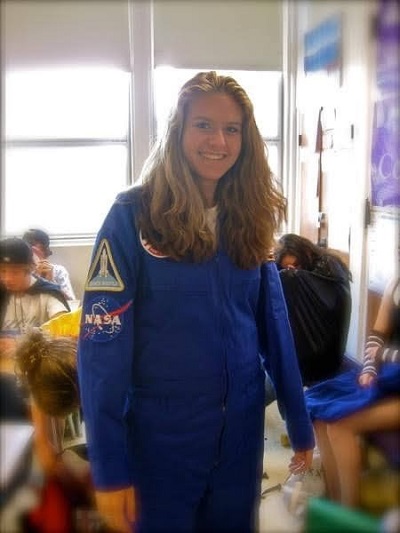 When I went off to college I started at Colorado State University (CSU) mostly because the best aerospace school I got into was University of Colorado at Boulder (CU-Boulder) but that was my hometown and I wanted to get away for a little while (don’t ever feel bad about striking out on your own for a bit). I decided to study Mechanical Engineering, since it’s a pretty basic introduction into engineering and provides a good basis for any job including those in aerospace. At the end of my freshman year I realized how much I really wanted to study rockets, so I added a double major: engineering science with a concentration in space science.

By the spring of my second year, I realized I needed a break from school. Growing up, I’d heard stories of my parents' adventures abroad, including my father's experience in Madrid, Spain. I had always wanted to visit, and this was my chance! I decided within a week to study abroad for the following year. Luckily, I still had a lot of my general courses to take, so I figured I could remain on track with my engineering degree (credit-wise) but still have a wonderful semester abroad. 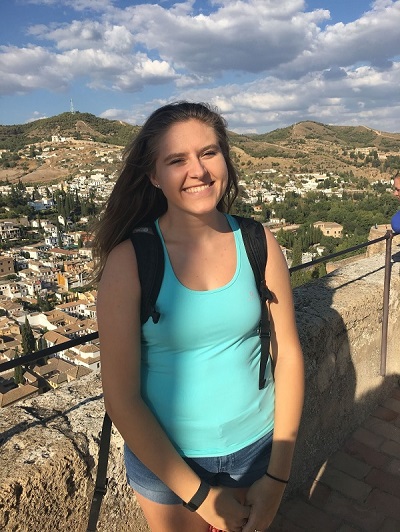 Summer 2016 I arrived in Granada, Spain, as part of the CEA program at CSU. My time in Spain allowed me to experience a world of art, culture, and history that I would have otherwise overlooked in my engineering field. I was able to take courses in art history, European politics, and traditional Spanish music. I was opened up to a world of friends, experiences, and travel that I will forever cherish. A month before I was supposed to leave Granada, I walked into the office and promptly stated I wanted to stay. Within a week I was registered to stay for another semester.

By this point, I had decided to switch universities once I returned to the States. I decided that my passion for aerospace outweighed my need to be further away from my hometown, so I switched back to CU-Boulder studying aerospace engineering. Switching universities allowed me to take an online engineering (computer science) course while continuing to study abroad, providing me with the continued cultural experiences but also allowing me to continue pursuing my aerospace dreams. 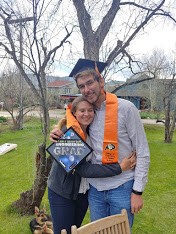 Upon returning to the States, I learned that not all of my credits had been transferred, so I retook a year of school and eventually graduated this year in May 2020 with my bachelor’s degree in aerospace engineering. Throughout the last two years in school, I worked in a machine shop, as a flight crew member for a company that did upper atmospheric research with custom drones (namely storm chasing), and I even had an internship with Virgin Galactic.

Throughout the last year at CU-Boulder, I applied to more than 150 jobs, had numerous phone and technical interviews, and two panel interviews before accepting a role at SpaceX. Now I’m a manufacturing engineer for propulsion subassemblies on the Merlin rocket engine for the Falcon rockets. Basically, this means I work with my technicians to ensure the parts we deliver to upper level assemblies are the best quality, have no defects, and won’t cause any anomalies down the line at launch. 🚀

The main point of me telling you all this is that there are many ways to achieve your eventual goals, whether that be becoming an elementary school teacher, an actress, or a rocket scientist. My one piece of advice is to make sure you enjoy your life even if it doesn’t always align with all your goals. For me, studying abroad in Spain was one of the best decisions, but I’m still on track to become an astronaut someday and I’m currently a rocket scientist! 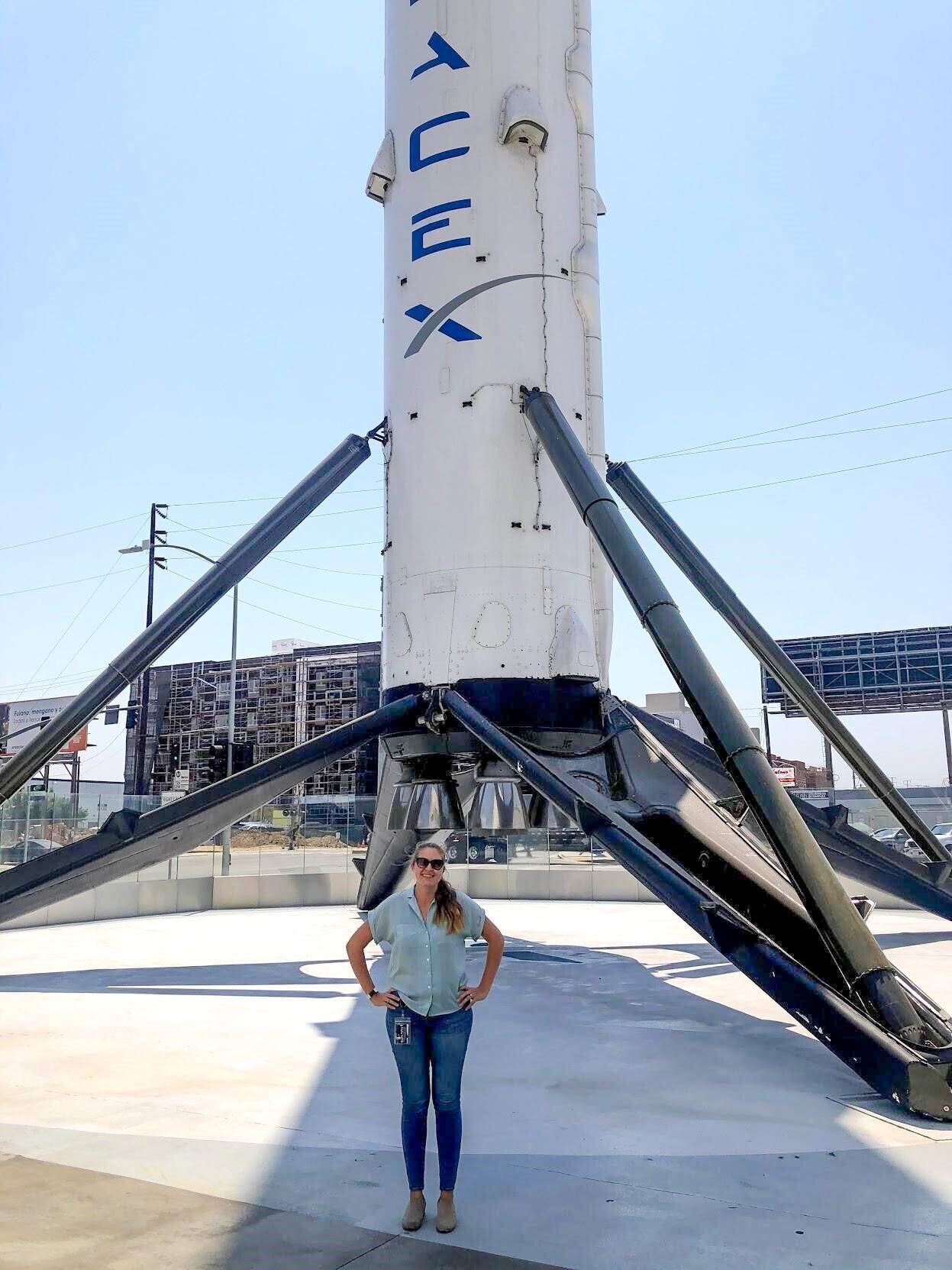 Check out our Q&A with Flora!


Flora Quinby is a CEA alumna who studied abroad in Granada, Spain, during the Fall 2016 and Spring 2017 semesters. She is a graduate of the University of Colorado - Boulder.