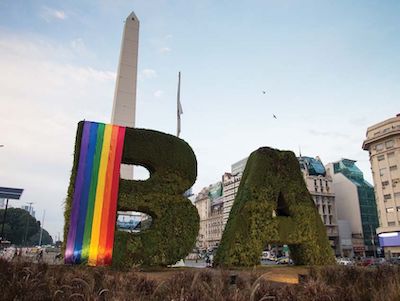 Every year, June marks Pride Month celebrations around the globe in support and recognition of the LGBTQ+ community and its history. Below, learn more about the strides made in Argentina to become a more inclusive place for LGBTQ+ folks.

Pictured below are several iconic locations in Buenos Aires that have lit up during Pride month.

Explore study abroad programs in Buenos Aires, Argentina. Read more about our CEA Content Creators.
Leave a comment
Newest on top Oldest on top
Load more comments
Thank you for the comment! Your comment must be approved first