Culture Shock: What No One Tells You Before Going Abroad 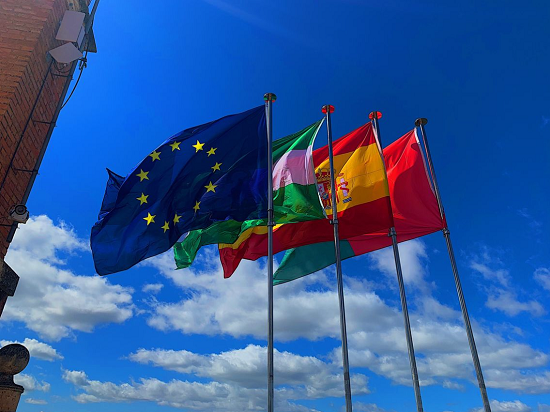 Before going abroad, someone somewhere probably has mentioned something about culture shock. For me, it was a brief, “Yeah, culture shock is something that a lot of people experience when abroad, but it eventually goes away” from my study abroad office. With that in mind, I began preparing all the things I would need to go abroad: my suitcase, visa, plane tickets -- but culture shock definitely was not on my packing list!

Fast-forward -- I arrive in Spain and am overwhelmed with the beauty, culture, and adventure of my new home. This excitement, or “honeymoon phase,” lasted about two days, before culture shock sank in. After the excitement wore off, I began to feel isolated in a city where I knew no one and was living with complete strangers. I felt like I stuck out like a sore thumb in the streets, and that everyone was looking at me as the “dumb American.” I was frustrated with the ways in which I overestimated my Spanish speaking abilities and struggled with the Spanish accent I was unfamiliar with. I would be lying if I said that my first 2 weeks of studying abroad weren’t filled with tears and calls back home saying, "I don’t think this is for me..."

When people return home from studying abroad, you will often hear all about the life-changing experience they had, and the crazy adventures they went on -- because this is most of what studying abroad looks like. Prior to going abroad, I had only heard these stories, the ones of people having the time of their lives, and I felt as though my feelings of culture shock were abnormal and that maybe I wasn’t the type of person that could handle studying abroad. As the chaos of the first few weeks of arriving in a new country began to settle down, I made amazing new friends and received support from my onsite staff in Granada. I began to realize that my feelings were SO normal. Studying abroad is a lot! It is a challenge, so naturally it is going to take some time to adjust to. Here are some tips that I found helped me deal with the cultural shock I experienced:

Just because you are in a different country does not mean that you have to completely disconnect from your life back home. Put up some pictures of friends and family around your room, make time to FaceTime with people back home, or go to McDonald's if you are craving some food from home. While you want to experience all of the new culture you are surrounded by, it is okay to resort to the comforts of home every now and again.

One of the biggest feelings I had regarding culture shock was the feeling of isolation. I did not know anyone in this new city, I was living with strangers, and I felt like I was the only one that did not love this experience. In talking to others, I realized that this could not be further from the truth. In talking to other study abroad students, as well as my onsite staff in Granada, I came to realize that everyone felt the same way I did, and talking through these feelings with others made me feel a lot better.

View things as different, not bad

I remember the first couple weeks immediately deeming everything that was different in Spain than in the U.S. as bad. I thought it was stupid that we ate dinner at 9:30 p.m. It also annoyed me that people were constantly smoking on the street. Once I began labeling the cultural differences I was encountering as simply different rather than something negative, I was able to better appreciate the new culture that I was immersing myself in, and got excited about these differences.

Acknowledge that these feelings are normal and will pass

If you ask anyone who studied abroad, I am confident that all of them will tell you that they experienced it at some point during their time abroad. Culture shock affects everyone differently and at different times, but it is important to acknowledge that your feelings are 100% normal and you are not the first, nor will you be the last, to experience culture shock.

My biggest piece of advice when dealing with culture shock is to wait it out. When you first get there, everything seems so different and so scary. I remember crying to my host mom one day shortly after I arrived, and she just kept telling me, “poco a poco” meaning "little by little." And she was right. Little by little, the things that seemed to be the biggest deal when I first arrived weren’t. Instead of viewing everything as different and scary, I began to see all the opportunities I had and began enjoying the experience I was blessed enough to have.

So, yes, if you asked me now about my time abroad, the first thing I would tell you about is how much of a life-changing experience it was and the crazy adventures I had. The feelings of culture shock quickly went away, and I started having the time of my life. I think it is important to talk about culture shock, however, because it is something that everyone will experience at one point and it is one of the major challenges to overcome while studying abroad. I wish culture shock would have been talked about a bit more before I went, not as something to scare or deter me from studying abroad, but rather to better prepare me for culture shock and acknowledge that the feelings I was feeling were completely normal and would be short lived. While culture shock is real, and was something difficult to overcome, I would 100% go through it again to have the amazing experience that is studying abroad.

Amanda Hall is a CEA Alumni Ambassador who studied abroad in Granada, Spain, during the Spring 2020 semester. She is currently a student at Illinois State University.