5 Things I Wish I Knew Before Studying Abroad in Paris

While reflecting upon my time studying abroad in Paris, I learned more lessons and had more epiphanies than I have ever experienced in my 20 years on this earth, all in the span of 4 months. However, as I look back, even though I had lived in Paris before and had thought I knew “my favorite city in the world” like the back of my hand, I really could not have anticipated these five crucial lessons that Paris taught me during my Fall semester with CEA. 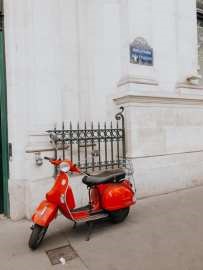 Although Paris is full of cute red Vespas, Peugeot cars and bike taxis, I came to find out that my ultimate savior would become none other than the Paris Metro. This realization was even more ironic and funny to me, as I was originally quite afraid of the metro, and everything that it entailed. I felt intimidated, crowded and overwhelmed by the maps and changes. But this is all wrong. Once I took the short time it takes to download the RATP application, learn my metro routes, and invest in a pair of headphones and a good book for the commutes, my Navigo pass soon became my best friend and I now swear by the metro. It is fast, efficient (except for of course when all of France protests, shuts down transportation, etc.) safe (in my experience), and full of hidden gems of culture and music, believe it or not! I found myself looking forward to taking the metro, even by myself, as it gave me some time to be alone, read, listen to music, people watch and reflect like the rest of philosophers trying to find themselves in the capital. 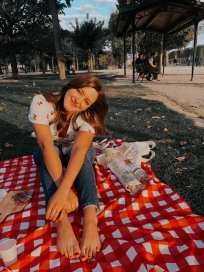 2. I found the beauty in “Simplicity”

In my opinion, Paris is one of the rare cities that is rich and chic. However, it is one of the rare cities in which you can feel quite enriched by doing the simplest of activities, that do not cost a cent. For example, one of my favorite activities in Paris, and something perhaps I miss most about my life there, was the ability to walk around absolutely everywhere. I found myself wanting to skip the metro and walk for an hour, just to take in a favorite view of La Tour Eiffel, or to pass by my favorite café. Paris is best to be discovered on foot, and my walks never disappointed. And best of all, it was free. Some of my favorite memories with friends in Paris were during walks in beautiful public gardens or on lively avenues that would never fail to lead us to our next destination or adventure of the day. Another simple activity was the art of picnicking. I learned that 20 euros at Monoprix could quite literally buy you the world, and enough for 3-5 friends. We would pool a few euros together and pick up some cheese, a baguette and some fruits rouges, and BAM! The perfect pique-nique set-up. Low-price, high-quality, and a view of the seine or Eiffel Tower: Priceless. 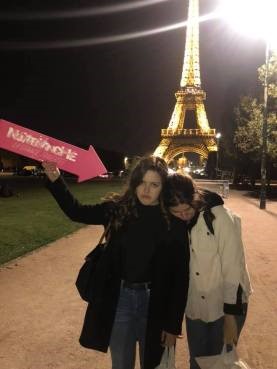 3. Not Everything Will Be Parfait!

As this picture above clearly demonstrates, things will go wrong. I know, tragic. But it is the wrong that makes for hilarious stories when you come home from study abroad all together. For example, Nuit Blanche is now a sensitive topic in our Paris friend group. Essentially, it is this night of culture in France that makes all museums open and free to the public, presenting large performances and lively activities to engage the community and promote culture and art. My best friend, Francesca, and I basically did the entire night incorrectly, as we never successfully made it into one event or exhibition or museum during the night, and we were constantly getting stuck in one area of Paris, lost in another and overall called it quits at 4 a.m. in the Tuileries. We never really knew what went wrong with our Nuit Blanche Plan, but what we did learn was that it made for some of the funniest memories of our lives. Because of the constant detours and mishaps, we discovered so many new friends, cafes, explored new areas of Paris in a completely new light, learned that the Eiffel Tower goes dark during the late hours of the night and overall bonded over this experience. It was une disastre, but I wouldn’t have changed a thing. 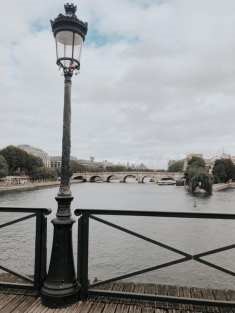 4. You Will Meet People Who Might Just Change Your Life.

As profound as this title might sound, it is certainly true. Studying abroad in a foreign city as an American has its challenges, but also many exciting perks as well. And though you might feel worlds away from Parisians, if you open your mind and perhaps your heart a bit to them, they might (despite their cold exterior) open up to you as well, leaving you with some of the most sincere and unforgettable friendships you’ll ever experience. I can confidently say that I still talk to my friends from Paris, anywhere from 18 to 65 years old, on a weekly basis. Through the technology we have nowadays, it is possible to stay connected, and in my opinion it is worth it. I really found myself admiring and falling for the French language, culture and people. In anticipating my time in Paris, I was very excited to make new friendships and relationships, but I could have never have prepared for how much they really changed me. I made new, and true friends, fell in love (of course, right?) and made connections with people who do not even speak the same language as me. It didn’t matter. The people I met in France changed my perspective, my experience, my heart, and I am incredibly lucky to have met people who made saying “au revoir” so very hard. 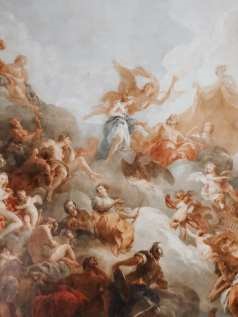 With Regard to the word “patrimoine,” France has significant ties to its history and sense of culture. I always believed that the French were very cultured and intelligent, but what I found most inspiring was their drive to make culture and their heritage to everyone and anyone. During my few months in France, I witnessed many events, days and exhibitions that were dedicated to making the arts and culture of France accessible and exciting to the general public, no matter the social class or wealth status. Nuit Blanche is a perfect example of this, as well as making museums free on the first Sunday of every month, or the discounted rates for youths and students. France has a shared goal of educating their citizens from a young age, hoping to shape the country overall as French first. France has a minister of culture (my dream job), while the U.S. does not --anyone want to discuss perhaps why this is? This is a question that keeps me up at night. Overall, the cultural experiences are endless in Paris. From speaking French to locals, to visiting iconic museums that are minutes away from you, to simply enjoying street performers or reading Baudelaire in a French café, culture is never more than a reach away, so go ahead: reach.