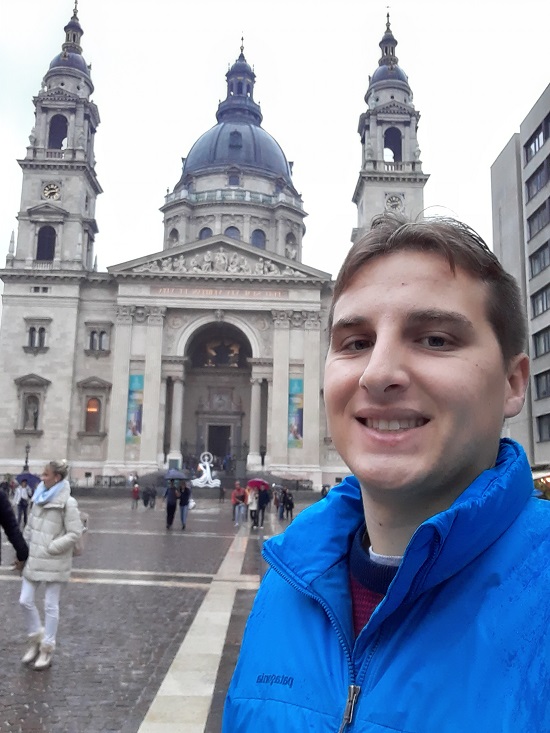 Have you ever googled “top cities in Europe to visit?” If you have, you may know about one of Europe’s most up-and-coming travel destinations, and if you haven’t, you might be surprised to find out that nearly every travel website lists Budapest, Hungary, as one of the top cities in Europe to visit. Is this surprising? Well, for me it certainly was, as I figured some of the top spots such as Paris, London, Rome, and others would take the top spot (they are all still on the list).  Whether you’re looking for a weekend trip during your European study abroad, or the perfect destination for your upcoming study abroad experience, Budapest is sure to thrill you in many ways. (Search CEA's Budapest study abroad programs!) 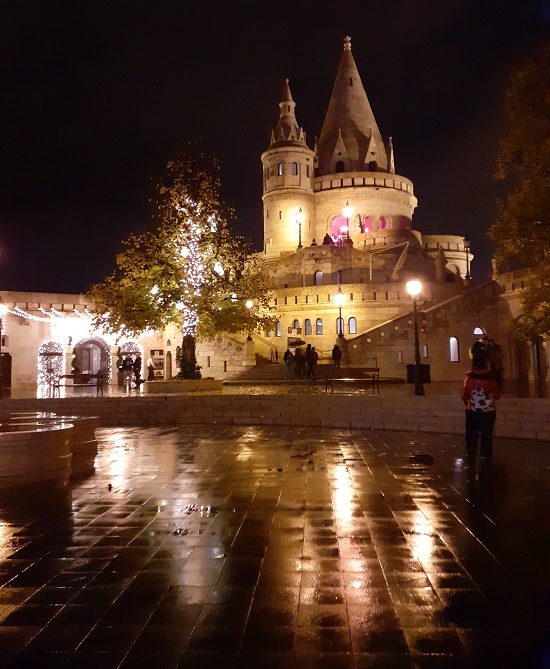 Located in eastern Europe, Budapest is a spot that I hold close to my heart. Of any of my weekend trips abroad, I loved Budapest the most (this says a lot, as I had the flu the entire time I was there). The city is one of the most gorgeous in Europe, and extremely friendly to travelers from around the world. While there is a language barrier, many of the Hungarian people speak English, and if they don’t, they are willing to work with you to figure out what you need. On top of that, many sites are free to get into with your EU visa, or student card. 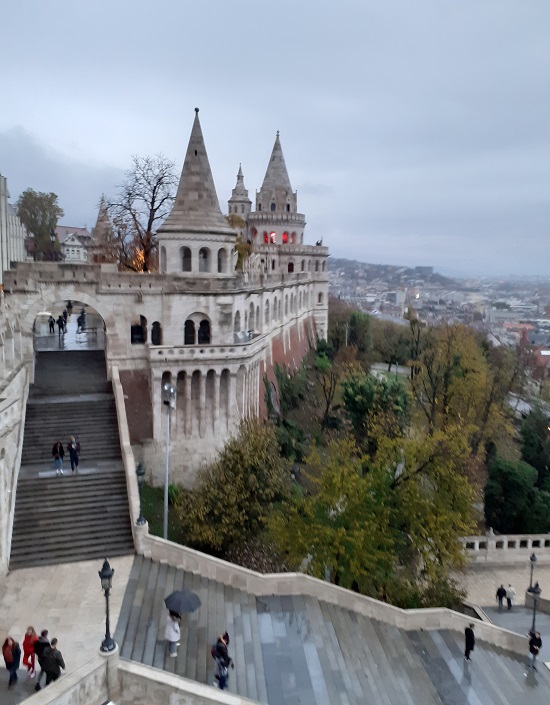 One of the best parts about Budapest is the history that surrounds you at every corner. Budapest was affected heavily during World War II. The Soviets had occupied the city for more than 50 days, and the city had come under attack multiple times. Many of the buildings were destroyed or damaged. However, many of the buildings have been restored to their former glory. Furthermore, some of the buildings that made it through the war still have remnants of it. One church I toured still had bullet holes in the building from the war. The war is just one part of this city's rich history worth checking out. If you’re a history buff like me, you’ll love Budapest; it’s a place where you can stand and feel like you're a part of history. 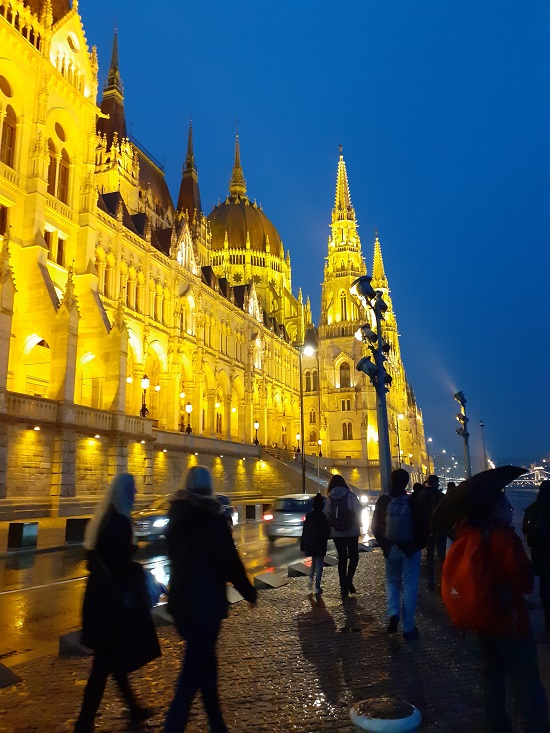 Another fascinating thing about Budapest is the landscape of the city itself. Budapest is split by the Danube River. On one side of the river is Buda, and the other side Pest. Buda has attractions like the Buda Castle and Fisherman’s Bastion, and Pest has the Parliament Building (in my opinion one of the most fascinating places to visit) and many churches that date back to founding of the city. To take it all in, you may want to book one of the many river cruises to see both sides of the city from the water. I suggest doing one during the day, and another at night!

Budapest also has many thermal baths open year-round to visit, so bring your swimsuit. These baths are meant to be therapeutic and many have a high temperature to relax guests. Some of the baths even host parties in the evenings targeted at the college crowd. Just outside of Budapest, you will find the Aquaworld Resort as well, which is one the largest indoor water parks in Europe for all you thrill seekers. 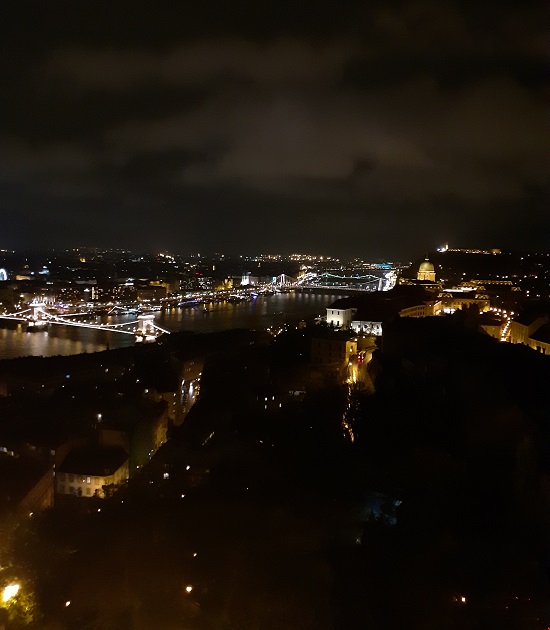 While I could talk all day about the many things to do in Budapest, its history, and the beauty of the city in general, let me close with one of the best benefits of spending time in Budapest: it is affordable. If you travel a lot like I do, you will come to find that some cities in Europe are quite expensive; however, in Budapest this is not the case. Budapest was by far the most affordable city I visited. From cheap taxi rides, to never spending more than 10 euros on a hearty meal (meals in Hungary are large, and you can eat as cheaply as four euros), to cheap places to stay, and affordable attractions, your wallet won’t hurt after a trip to Budapest. Likely, it will thank you! If you’re on a budget, Budapest is the place to be.

I loved Budapest, and it was my favorite city in Europe that I visited. I am sure you will love it, too. Whether you’re visiting for just a weekend or an entire semester, you will find Budapest charming, historic, and affordable. Don’t miss one to the top cities in Europe to visit, and if you have questions, please feel free to reach out!

Jared Hoffman is a CEA Alumni Ambassador who studied abroad in the French Riviera, France, during the Fall 2019 semester. He is currently a student at the University of Pittsburgh at Greensburg.

Jared Hoffman is the Fall 2019 Alumni Ambassador in French Riviera, France, and is currently studying at University of Pittsburgh at Greensburg.
Leave a comment
Newest on top Oldest on top
Load more comments
Thank you for the comment! Your comment must be approved first