7 Best Things to See and Do in Seville and Córdoba 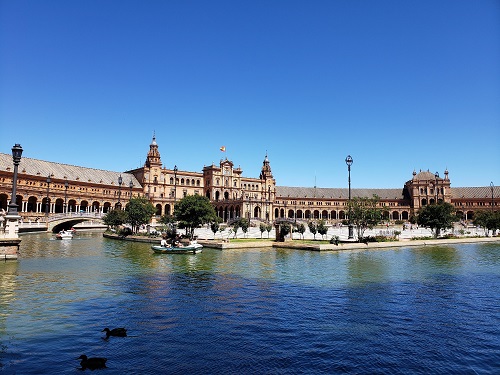 One of the best parts about living and studying abroad is the opportunity to travel and explore your new region -- luckily, CEA helps out with that by planning program excursions! For my summer study abroad program in Granada, Spain, we went on an excursion to Seville and Córdoba on our very first weekend in Spain, and I loved every minute of it. Both of the cities are filled with gorgeous architecture, vibrant culture, and a rich and fascinating history -- and they’re only a few hours away from the CEA location in Granada! Below I’ve created a list of the top 7 things you need to see or do if you only have a day (or less!) in each city.

1. The Real Alcázar of Seville

The royal palace in Seville is the perfect example of the unique Spanish blending of Muslim and Christian culture. The original palace was built in the 700s, when Spain first came under Islamic rule, so there are many classic Moorish architectural elements here — intricate patterns on all of the walls, detailed arches, etc. When the Christians conquered Seville in the 13th century, they recognized the beauty of the original Alcázar, and decided to add to it rather than destroy it. The result is the gorgeous, unique, “Mudéjar” architecture that you can see there today! 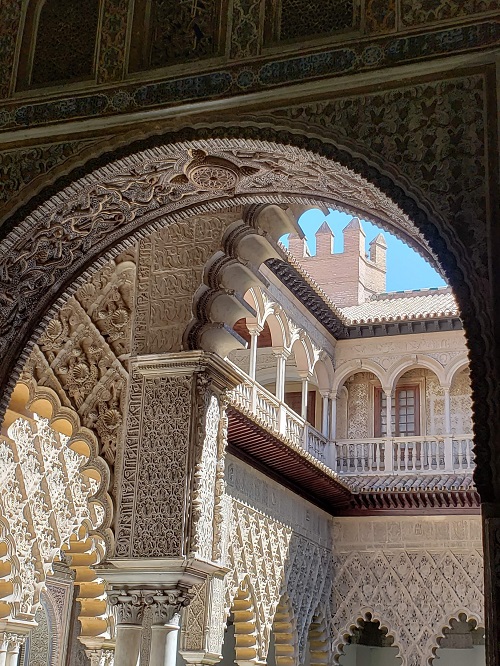 2. The Cathedral of Seville

The Cathedral of Seville was built to demonstrate the Christian monarch’s power after they conquered the territory, and because of this, it ended up being the largest cathedral in the world -- and the third-largest church! Moreover, the entire cathedral is filled with incredible artwork and various styles of architecture. An interesting fact about this cathedral is that they actually went a little too big with their original plans, and had to stop construction for around 300 years when they ran out of money. Luckily, they eventually finished it, and the end product is spectacular!

This is the bell tower of the Cathedral, and one of the top sites of southern Spain. Again it shows a mix of two cultures: it was built as a minaret for the mosque of Seville, and turned into the bell tower of the cathedral after the Reconquista. It’s a long and slow hike to the top, but the views are worth it! 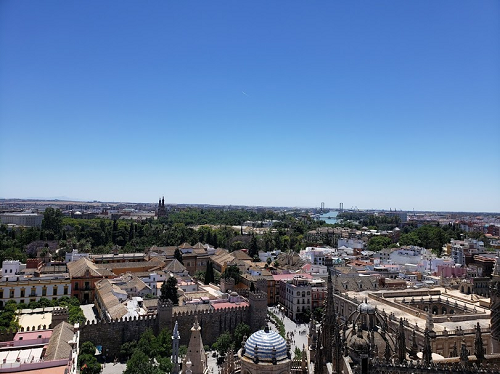 This was without a doubt my favorite place in Seville -- it’s so picturesque! It was built in 1928 as a way for Spain to reconcile with all other Spanish-speaking nations or territories, and it is shaped like a semi-circle to symbolize a hug. Along the semi-circle, there is a little alcove for each province in Spain -- of course I had to get a picture with the Granada one! 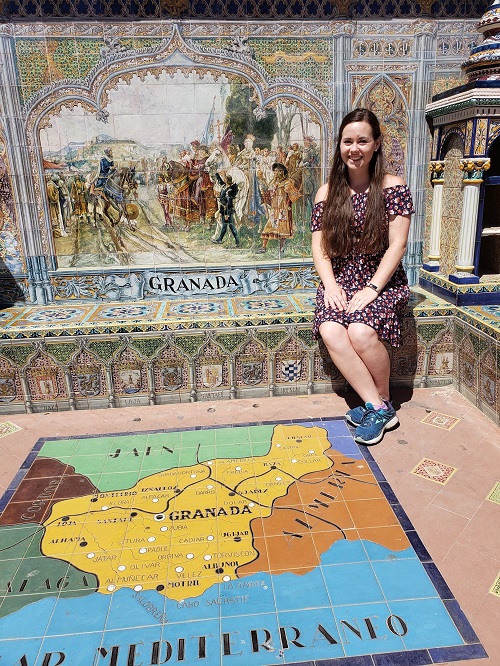 5. The Roman Bridge in Córdoba

Córdoba is most well known for being the capital of Al-Ándalus (the Muslim empire in Spain), but before that, it was occupied by Romans like many other Spanish cities. The bridge is evidence of this, and it is amazing to see signs of so many different eras. And, according to our guide, it was also the setting for a Game of Thrones scene! 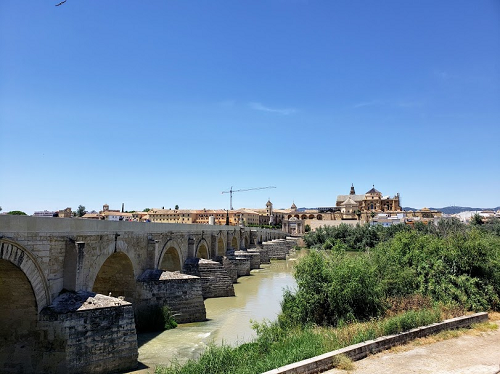 6. The Jewish Quarter in Córdoba

Southern Spain is well-known for its Muslim history, but what many people don’t know is that there was a large Jewish population in southern Spain at various times, as well. Most cities have a few remnants of Jewish influence, but Córdoba’s Jewish Quarter is especially thriving due to the presence of one of the three synagogues in Spain. 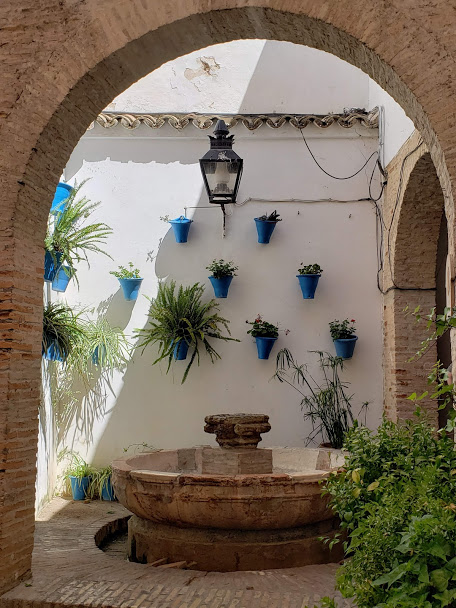 Finally, the most famous and unique site in Córdoba is the city’s cathedral, which happens to be built inside of the old mosque! As I mentioned earlier, Córdoba was the capital of Al-Ándalus. Because of this, the mosque there was huge, grand, and gorgeous. When the Christians conquered Córdoba, they were so awestruck by the mosque that instead of tearing it down, they continued to use it and add their own character to it -- and eventually, they built the cathedral inside of the mosque. 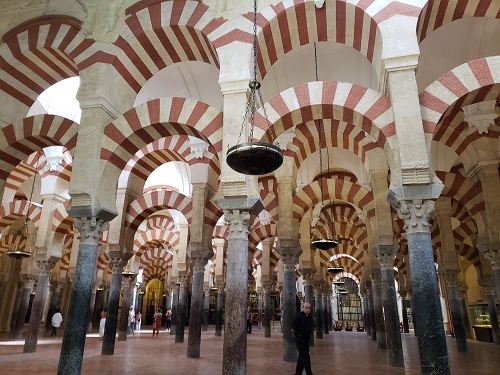 Whether you get to go on a CEA-planned excursion to these cities, or simply take a weekend trip on your own, I hope this list inspires you to visit southern Spain -- it really is incredible!