Off to Uni: Studying Abroad in Central London 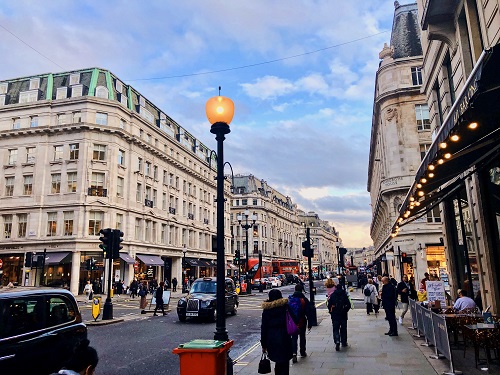 One of my favorite moments throughout my study abroad program in London with CEA was climbing up the stairs of the Oxford Circus tube station in Central London and being surrounded by some of the most exciting views of London in its peak. It’s easy to tell the Londoners from the tourists – they rush past you with their eyes focused on the path to their destination. They may glance at the delicious chocolate-filled beignets that sit at the window of the café Paul’s, or debate whether they’ll get the £3 meal deal at Boots for lunch later, but they do not look at everything else with the same awe and appreciation the way tourists do. Or the way I did every day to uni, even after more than two months of making that daily trip.

From the University of Westminster housing I was placed in, getting there took either 30 minutes by bus (red double-decker, no less) or 40 minutes via tube (the subway that is home to a plethora of travelers, businessmen in suits, and an occasional elderly couple in fancy dress and hats on their way to a horse race). Fortunately, the university had three main campuses within central London alone that were very close to each other, so my classes were a short walk from each other. I was looking forward to all my classes, which included Forensic Criminal Psychology and Gender, Crime, and Justice. Even from the first day, I knew my teachers were brilliant and I was going to enjoy everything I could learn from them. 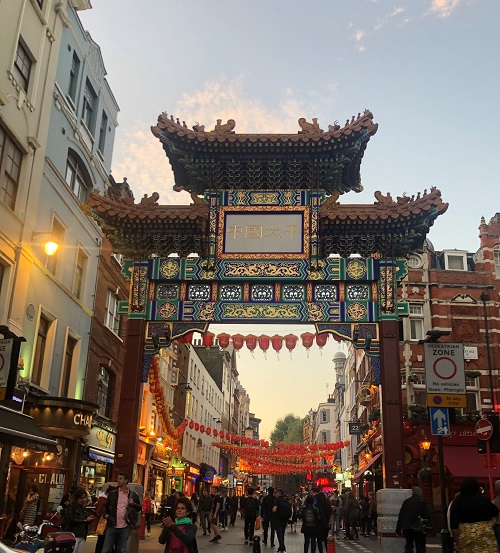 Attending a university in London was a bit different than back in the U.S. First, I did NOT have to spend a single dollar in textbooks, which was something I couldn’t fathom at first. The professors made sure all the textbooks or readings we needed were accessible through the university library. An amazing, accessible education? Shocking, I know! Next, the courses are called modules. Each one is only once a week and they are divided into two sections. Set in a larger classroom or occasionally an auditorium, there is the lecture, which goes over the knowledge you are expected to have on the topic. This typically lasts one to two hours. Then, you go to a seminar, where you are placed in a smaller classroom with fewer students (about 15 on average, from my experience). Here, the professors will break down the lecture information and guide you through tutorial videos, activities, debates, and more so that you can better understand the topic. 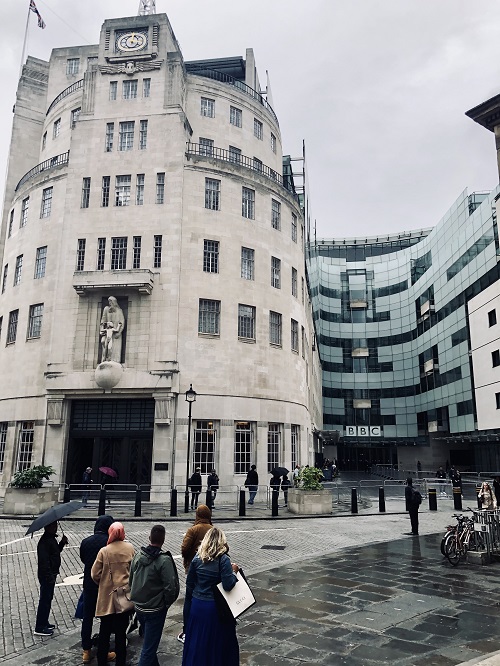 The exciting thing about studying abroad in London is the opportunities you have access to because of it, both inside and outside the classroom. One week, we had a heated debate on whether the jury system in the UK needed to be removed or improved, and then compared it to others across the world. Another week, my professors for my Gender, Crime, and Justice class treated us to a play in a remodeled basement theatre near the world-famous Borough Market, where we saw two intensely dramatic but accurate plays depicting women’s experiences with the criminal justice system. Everything about uni was dynamic, and the professors worked hard to make sure you didn’t just memorize information; rather, you learned about its application to the world around you. Our professors even brought in guest speakers sometimes who were specialists in the things we were learning, such as a special education needs coordinator for my Psychology of Education class and training leaders from different community service organizations for others. 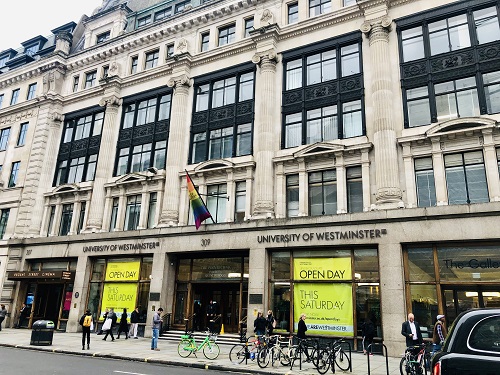 Whenever classes ended, I looked forward to the adventures I could have because of its incredible location. Within a 15-minute walk were BBC Television & Radio, theatres hosting big musicals like Les Misérables and Thriller, Chinatown and its yummy traditional bakeries, and during Christmastime, the Hyde Park Winter Wonderland carnival. Another great thing about being there as it gets closer to Christmastime is the university’s Regent Street location, where London boasts some of its most stunning light displays and celebrations. This past fall, the lighting ceremony consisted of fireworks, performances by the band The Script, and appearances by celebrities like Emilia Clarke from Game of Thrones. Attending uni in London was an unforgettable time in my life that was filled with constantly beautiful sights, opportunities, and memories. What a time it was to be alive amidst it all!

Diana Gerardo is a CEA Alumni Ambassador who studied abroad in London, England, during the Fall 2019 semester. She is currently a student at the University of Texas at El Paso.