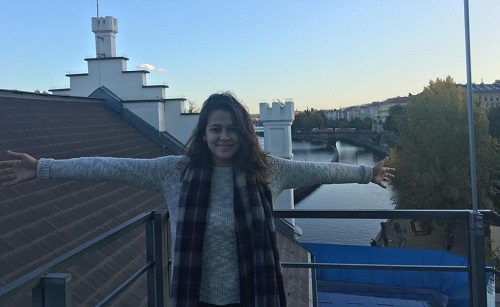 Evelyn wanted to study abroad in Prague so she could put what she learned as an anthropology major about how cultures should be understood without judgment into practice. She definitely did not expect that going abroad and traveling were possible because of everything keeping her back, such as her financial situation and her family.

Evelyn supports herself, from her college tuition to her daily living expenses. Trying to sustain herself in another country while visiting other cities didn’t seem feasible, and it worried her. She spoke to her advisors, applied for scholarships, and came up with a plan that would help her during her semester in Prague and the one after. She was fortunately able to receive a scholarship and decided to split it to apply to her program and to her tuition the following semester. She chose to pay the rest of the program out of pocket, so she would have less to worry about in the future. In order to have enough to spend while abroad, she saved money from bussing at a restaurant and working at her university’s IT office. She also found time to volunteer, and if she reached a certain amount of hours she would receive a discount on her next semester’s tuition. The lack of working and volunteering while abroad not only caused financial concerns for Evelyn, but also forced her to adjust to the lack of structure and routine. She did not have the very busy schedule that she was used to, so she had to find ways to feel productive and focused on her schoolwork. 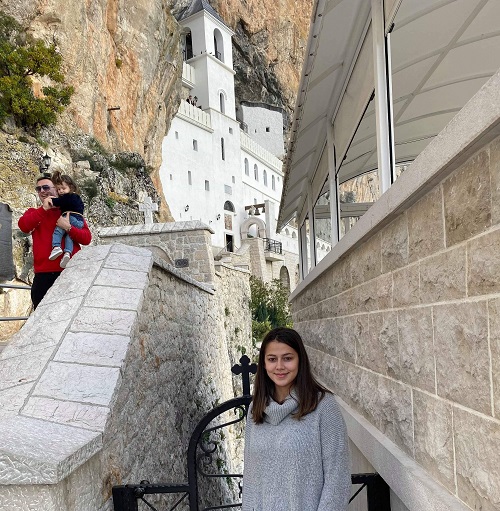 Throughout her experience, she encountered various challenges that helped her gain more confidence and learn more about herself. As she worried about spending money, she started to feel insecure. At some points, she felt jealous of students who were able to buy clothes and travel to many cities, but she reminded herself that making it abroad was a privilege in and of itself, and that she could ignore these insecurities.

Evelyn usually spends her breaks at school working, so she is completely comfortable being independent and living away from her family; however, she thinks more about them while being in Prague. She doesn’t live with or see her younger siblings often, but she still worries about being a role model to them. As a first-generation college student, she wants to show them that the way they can move forward in life is by receiving an education. She is motivated to do well in school and show that it can be enjoyable. She also thinks about what she is posting on social media and whether she is available to help them with any problems they may have. Since she is loving her time abroad, she also wonders if she should allow her career to take her anywhere in the world or find a job that is closer to them.

Another challenge Evelyn had was feeling like she lacked knowledge. She heard many people talking about the histories of the different cities they visited and she felt behind because she was not aware of the information. Every place was unexplored for her, so she decided to take the time to research the places she planned on visiting. Researching other countries and cities sparked her interest in learning more about where her family is from.

Evelyn is multiethnic; her father is Puerto Rican and her mother was Irish and German. She hasn’t really learned about her Latina heritage because her father was not in her life. After being abroad and interacting with people of all backgrounds, she wanted to take the time to learn more about who her ancestors were and her family history. She also gained more of an interest to learn Spanish because she wants to show that side of herself. While she desires to know more about it all, she also reassured herself that being multiethnic does not mean you need to identify with one culture more than the other. She enjoys taking her experiences to see and understand the different ways she could celebrate, cook, and more. She realized that even if she does not know much about a specific culture, it is still a part of who she is. 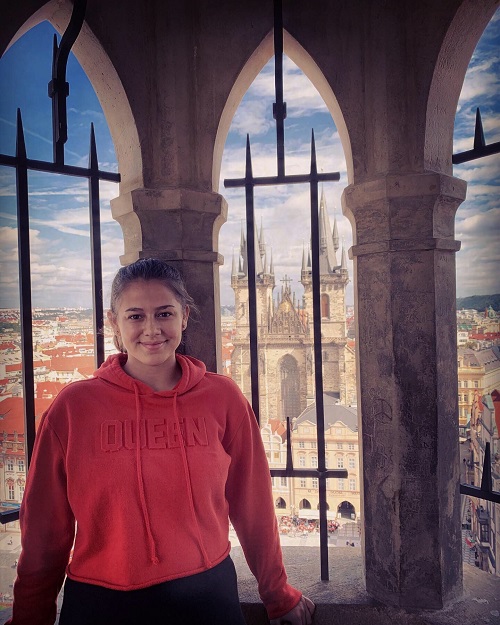 Evelyn expected to make connections with new people and mature as she navigated a foreign country alone. She accomplished these goals, but was also able to receive so much more while continuing to find new things to explore walking through the streets full of history.

Here is some advice from Evelyn for any student who may be going through a similar situation as she did: