I Promise It Gets Better: My Granada Study Abroad Experience 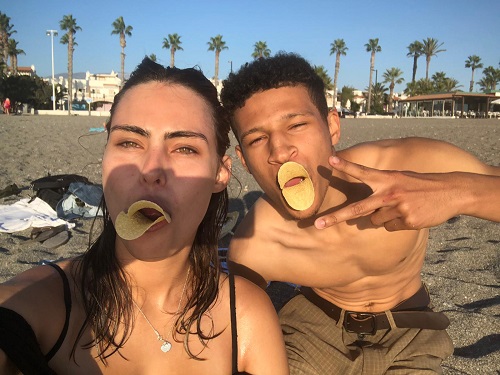 Prior to arriving in Spain to study abroad in Granada, I was clueless, with ALL CAPS… I was in denial for the longest time trying to suppress my feelings, but night after night I worried endlessly. My thoughts consisted of: “Will I make any friends? Will I be the only one who experiences this so-called 'culture shock?’ How hard are the classes?" I told myself that if I don't think about it, maybe the overwhelming feelings of stress, fear, and of not knowing what to expect would go away. This carried on until the day of my arrival.

On my last day of being in the States before going abroad, my mother and father were kind enough to take me to any restaurant I chose, and although they do this all the time, this one felt special. They told me it was “my day,” considering I wouldn’t see them for another three months until Christmas. Staying in Chicago, from where my flight was to depart, I chose the world-famous Giordano's deep-dish pizza -- about the most American thing I could find before leaving. I remember distinctly leaving the restaurant soaking up the views of the major American city of Chicago, reminding myself I would never see this again… Or at least that’s what it felt like.

The next day as I began my journey alone to live a different way of life, I would experience a huge wake-up call. I had somehow already lost my phone at the terminal before my last flight from Madrid to Granada. Funny, huh? For me, no. Not even an hour in Spain and I’ve already lost contact with my family because of my cluttered mind. I will never forget the image of me in my head walking around the Madrid airport with a computer in my hand frantically searching for my iPhone on the built-in tracking app. I felt like Lewis and Clark from the way I was navigating the terminal.

Unfortunately, I didn’t find my phone until a week later, but what I did find during that first week were a couple of students in my study abroad program who happened to be flying the same route. I willingly shared my story of the lost phone with them, and we laughed it over until I was somehow at ease. This set the mood for the rest of the trip. Since arriving in Granada, I still have yet to experience anything but joy and relaxation. Granada is a city that keeps life calm and enjoyable, or as the locals say, “tranquilo.” Everyday has been filled with authentic activities that all Spaniards do, like enjoying tapas, hanging out in the city plaza, or even just taking day naps after lunch (siestas) which happen to be very important here -- enough to close shops in the afternoon. I can’t imagine now why I was stressed out as much as I was. If I had the knowledge I have now, or a chance to go back in time, I’d simply say to myself, “You’re in for the time of your life,” and that’s exactly what studying abroad is!

The moral of the story is, it’s best to live in the now. The present time is an infinite moment, in which you can live contently if you choose to! Do not look ahead, or focus on the past like I did; instead, take a deep breath and say to yourself... “Tranquilo.” I promise it’s nothing more than that -- nothing more than to realize the present moment around you. Dios los bendiga!!

Justin White is a CEA Content Contributor studying abroad in Granada, Spain, during the Fall 2019 semester. He is currently a student at Southern Illinois University Edwardsville.