When the City Becomes Your Textbook 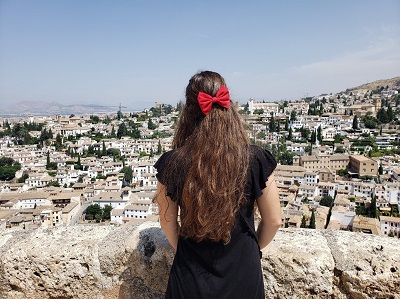 As I sat watching the sun slowly sink over the city, painting the sky above the Alhambra with vibrant, no-filter-needed hues of pink and orange, everything seemed to just fall into place. I was eating gelato with a friend from home who was visiting Spain, and we’d hit all of the usual tourist attractions: the Alhambra, the Cathedral, the market, and now, Mirador de San Nicolás. Suddenly, the significance of this experience hit me. I was in Spain. I was getting the opportunity to see things in person that most people only read about in the pages of a book. I was getting to learn from life and the world around me, and to have all of these amazing experiences strengthen the formal education I was receiving. I was learning from the city -- not just from a textbook. And what better way to learn than to experience? 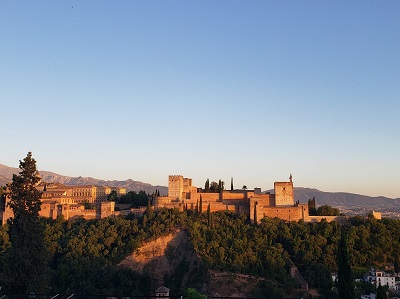 My favorite class in Granada was Islamic Civilization and Culture. I signed up for it on a whim, knowing that my university in the States offers nothing like it. It is even a unique class among study abroad programs in Spain -- Granada’s rich and diverse cultural history makes the city a rare gem. I thought there was no better place to take this class, and I was definitely right -- but not just because of the course content and knowledgeable professors. The most incredible part about taking this class in Granada was that I could see exactly what I was learning in class -- and why it mattered -- just by taking a walk through the city. 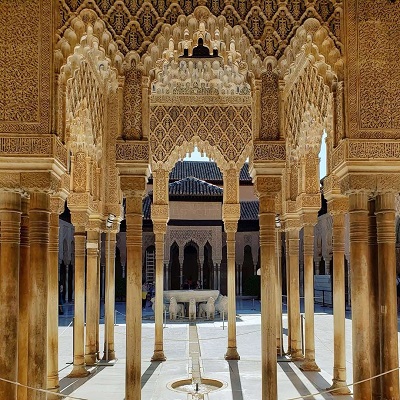 At the very beginning of my time in Granada, my CEA program took us on an excursion to Seville and Córdoba to see unique Muslim historical landmarks -- many of which also became Christian landmarks during the Reconquista. The next week in class, I learned about the arrival of Muslims in Spain, and the extravagance and significance of the Caliphate of Córdoba. I learned that after the collapse of this Caliphate, Granada (my city!) was actually the last Muslim stronghold in the entire Iberian Peninsula -- and the Alhambra was the center of it all. And incredibly, right after learning this history in class, I got the chance to see it all for myself, visiting the Alhambra for the first time. I saw the last throne room of the Muslim kingdom in Spain -- the exact location where, just after the fall of the Muslim kingdom, Christopher Columbus asked Queen Isabella for permission to sail to the New World. Seeing a place that had endured so many different regimes and pivotal events in history completely changed the way in which I viewed the history. Before, it was through pages of a textbook and dry lectures -- but in Granada, I got to see it for myself, and connect my classroom experiences to the real world.

Choosing to study abroad in Granada was definitely the best decision I have ever made. But while I knew I would get to practice my Spanish, meet amazing people, and eat great food, I wasn’t prepared for the impact of seeing history come to life. I learned a huge amount in class about a culture that I had never experienced before, and I got to see evidence of it firsthand just by exploring the city. It’s cheesy, but it’s true: when you study abroad, the world becomes your textbook -- you just have to be open to learning from it. 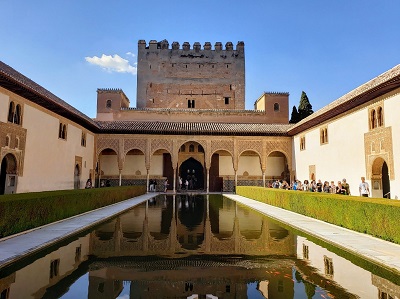 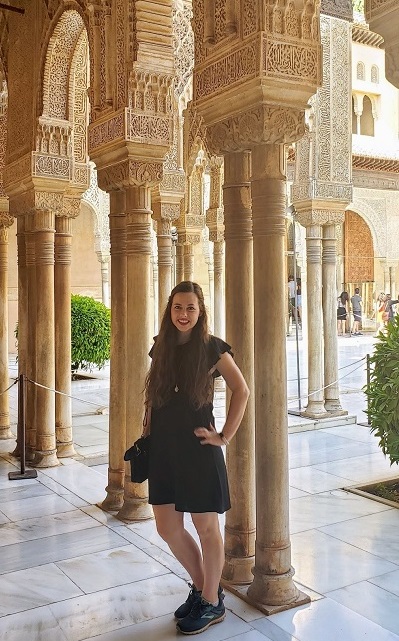 Megan Evans is a CEA Alumni Ambassador who studied abroad in Granada, Spain, during the Summer 2019 semester. She is currently a student at the University of Utah.