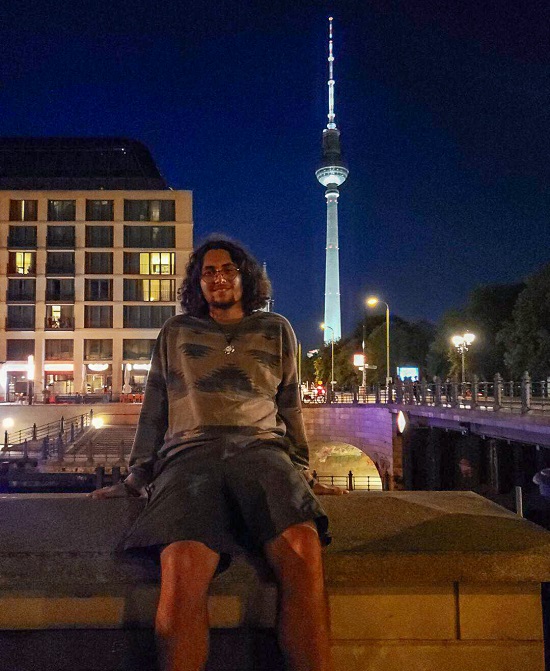 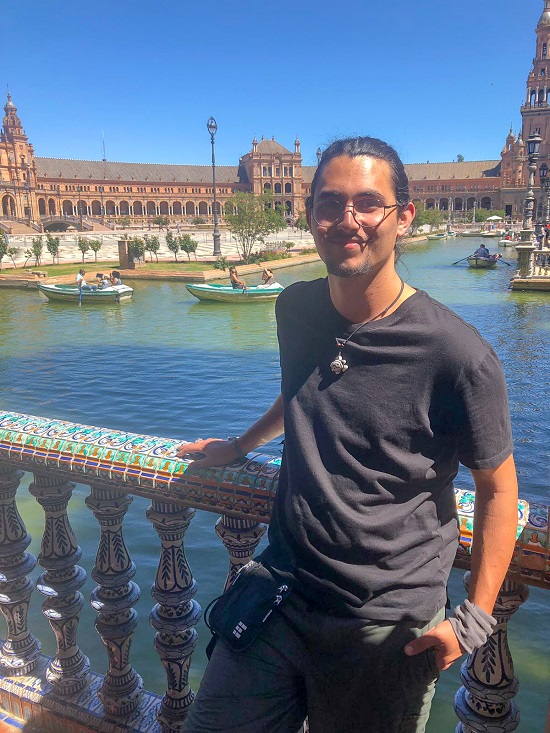 Anastasia Kingsley: What goals did you have for studying abroad?

Gabriel: My main goal was definitely to gain exposure to Europe and the rest of the world, starting here in Spain. This is my first time spending so much time on my own outside of the country. And my second goal was to learn the language that my father speaks. He learned English when he was 18 or 19, almost my age, so now it’s reversed.

AK: What made you decide on the CEA program in Granada?

Gabriel: My brother studied in Granada about 15 years ago, and he greatly recommended it to me. The city made a great impression on him, and he has been to other places in Spain but said that Granada was special and spending time here would make a good impression on me as well.

AK: How do you feel you have been exposed to the local culture in only a month?

Gabriel: The first two weeks felt like a lifetime, I think because of how much I was learning and how much I was changing and adapting to the culture here. Taking it all in made everything slow down. The past two weeks my learning curve has slowed down, but that comes with me being more comfortable, so I know that’s a good thing. I’ve learned much more than I thought I was going to learn in four weeks. My Spanish was virtually nonexistent before I came here, but I’ve learned more Spanish in four weeks here than in years of taking it in high school.

AK: How has living in the residence hall affected your experience?

Gabriel: I’ve only had positive experiences in the residence hall, because one, I’m with the other U.S. students. We’re going through it together, so I have a helping hand from them. But at the same time, the staff and the other Spanish students almost exclusively speak Spanish to me, so whenever my living situation depends on me understanding Spanish, that’s a huge push to keep learning. I’ve definitely enjoyed it a lot; it’s been difficult at times with the language barrier, but there’s nothing better for my learning Spanish.

What skills have you developed here that you think will help you in your future career?

Gabriel: The number one skill that I’ve been developing here is confidence in talking to people. I was having trouble speaking with strangers in Spanish for a little while and then somebody told me it’s probably because I’m not confident enough. Whenever I heard that, I started to practice trying to be confident whenever I have a question instead of sitting there and missing opportunities.

AK: Even though you’re only studying Spanish here in Spain, do you see yourself being able to use your Spanish language skills in a future career?

Gabriel: Absolutely; specifically, because I would like to work abroad. I’ve always liked the idea of doing some sort of volunteer work abroad.

I’d like to learn more languages besides Spanish, but this is where I wanted to start. If I want to be able to help people in other countries, I’m going to have to speak their languages.

AK: Would you encourage other students with your major to study abroad in Granada?

Gabriel: Yes, specifically because the Mediterranean geography here is very unique. If you’re a student of geoscience in the States, there are very few places that you get to see that are like this. I’ve seen terrain here that I’ve never seen before. For example, you don’t see the ocean this close to the mountains many other places. Any geoscience major would geek out about exposure to these kinds of terrains.

AK: How did you manage your time between classes, social activities, and travel?

Gabriel: This month has seemed shorter than I expected it to be, but I had a pretty solid plan of what I wanted to do and what I wanted to see. I was able to make time for everything I wanted to do while also studying and completing my work. It wasn’t as hard as I thought it would be to make it everywhere I wanted to go because CEA helped cover a lot of my bases: for example, with trips to the Alpujarra, the Albaicín, the Alhambra, and a flamenco show.

AK: What challenges have you faced? What did you do to work through it and how do you feel about it now?

Gabriel: The cultural differences; it’s all in the small things. It’s hard to ask about something so small as saying please and thank you. Constantly worrying about being rude is probably the biggest concern, and then saying or doing the wrong thing at the wrong time. But the way I overcame that was by trying to ask as many questions as possible to the CEA staff, other students, and especially my professors. I just took their word for it and that helped me overcome the small challenges. It’s helped a lot to have everyone’s advice and people’s experience, especially people who live here.

I have to tell myself that no question is a stupid question; if I’m wondering about it, I need to find out.

AK: What are one or two big takeaways or lessons you have learned during your time here?

Gabriel: There’s no one way to look at or do something – that’s the biggest lesson I’ve learned. There are always more ways to do something than I could have thought. Just by talking to people from Spain, Germany, England, I’ve heard perspectives that I would have never heard before.

Also, it’s cheesy, but making the most out of every opportunity here has given me a lot. I could have easily not taken advantage of a lot of things, but luckily I had people tell me that and I was mindful of it, so I got much more out of the experience. I can always do more to get enjoyment out of something; I can always appreciate things more, especially when it comes to cultural stuff. When someone is showing or explaining something that may seem simple to me, they’re showing it to me for a reason; they’re excited about it for a reason because there’s meaning behind it.

So if I am receptive to what people and the world are trying to give me, then I get much more out of it.