A Visit to Budapest, Hungary 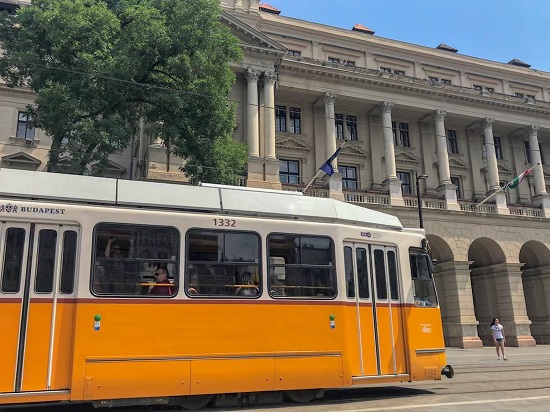 During a short holiday break this summer in Spain, I had the chance to visit a friend who has been living in Hungary for almost a year now. I had been wanting to visit her ever since she moved there last year, and the trip was even more special knowing that CEA is opening a Budapest study abroad program in Spring 2020!

During my two short days there, I was able to easily explore Budapest with my friend, thanks to the variety of public transportation. While it was nice to have someone who already knew the city, Budapest is very easy to get around, especially thanks to the BKK’s (Center for Budapest Transport) travel app, BKK FUTÁR.

The most helpful function of the BKK app is the journey planner. You can easily figure out how to get to anywhere in the city. The app will help you plan the fastest journey from point A to point B using the many forms of public transportation available. You can even add locations and stops to a favorites list, which could be very helpful if you’re planning your trip itinerary ahead of time.

My friend and I took three main modes of transportation: bus, metro, and tram.

The bus lines were a perfect option for getting from my friend’s small village on the outskirts of Budapest into the city. Bus tickets are very cheap (even cheaper if you make sure to mention you’re a student), and our bus took us straight to a metro station. There are also bus lines running all over central Budapest, which are helpful for getting to places like Fisherman’s Bastion, St. Mattias Church, and the Citadella, with are all at the top of steep hills on the Buda side of the Danube river.

From the metro station, we took one of the four metro lines straight into the heart of the city. The metro lines are clearly numbered and color-coded, and there are audio announcements in both Hungarian and English on board the trains, so you will never miss your stop!

We also took the tram, or streetcars, to a few places around the city such as the Parliament Building and the Gellért Thermal Baths. The unmistakable yellow tram has an extensive network just like the bus system, and while some of the cars are newer and nicer, taking the older cars feels like you’re stepping back in time a little bit.

The BKK offers 24- and 72-hour travelcard passes (HUF 1650 = $5.80, HUF 4150 = $14.50) which can be used on almost all types of transportation lines, so it is a perfect option for a short trip. Even though I only used my pass for two days, I was easily able to get my money’s worth out of the 72-hour pass. There is also a 7-day pass which costs just a few dollars more than the 72-hour pass and would be perfect for a longer trip.

The BKK also offers a monthly pass at a student price which can be started on any day and can be used on all the same transportation lines as the travelcards. This would be a perfect and affordable option for students spending a summer or semester in Budapest.

Unlike some other European cities, the BKK is very strict about tickets for public transportation; if you get caught without a valid ticket, the fines are very steep. But as long as you have bought your ticket or travelcard and keep ahold of it the entire duration of your stay, you will be fine. And the nice thing about the travelcards is that they do not need to be validated in a machine like regular tickets; you just have to show the pass to the inspector or driver.

Besides the buses, tram, and metro, there are many other ways to get around including renting city bikes and even taking a ferry down the Danube. While I definitely recommend walking through the streets of Budapest to really get a feel for the city, the plethora of public transportation will make your trip or semester abroad in Budapest a breeze.

Check out this helpful guide to Budapest transportation.