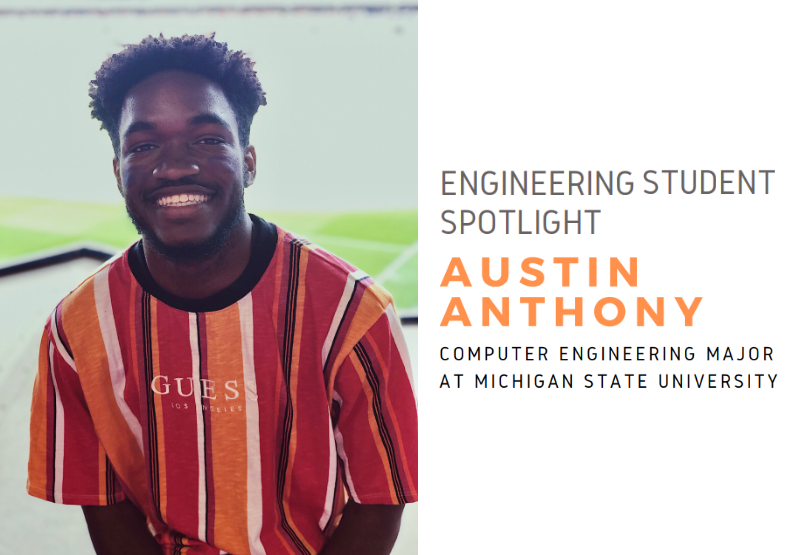 Austin is a rising sophomore from Farmington, Michigan, and he studies Computer Engineering at Michigan State University. With this experience being Austin's first time out of the country he considers home, Austin finds it a dream to study abroad since it is hard to find programs with courses offered in his major.

As a recipient of the Engineering Education Abroad Scholarship, Austin is very thankful to be in Paris this summer with the financial support of the scholarship, allowing him to experience more opportunities around the city.

Austin starts his day with music, breakfast, and books before heading to the CEA Study Center, where he attends his courses of Differential Equations and French Culture and Civilization. He believes he is definitely benefiting from small class size in Paris.

"There's a fraction of the number of students in class here compared to at home, allowing me to maintain a relationship with my professors and classmates."

He finds it most effective when professors apply real-life situations in the classroom rather than only using a textbook.

Austin believes it's important for engineering students to study abroad because there are similarities and differences to see in every country that help broaden one's perspective. In Paris, the city becomes more like your campus -- and there is so much to learn and see. Austin makes managing his time a top priority by constantly staying ahead of his schedule and studying in the mornings so that he also has time to explore the city and hang out with friends after class.

While starting to feel like a local at his corner boulangerie, it's safe to say Austin has not just learned in class, but also gained skills in adaptability and intercultural sensitivity from having lived in Paris.

"This experience has given me skills that I will be using in my future career."

Kiara Perez is a CEA Summer 2019 Onsite Alumni Ambassador who studied abroad in Paris, France, during the Fall 2017 semester. She is an alumna of the University of Arizona.