Sydney, Australia, may not be the first place that comes to mind when you think of outstanding food, but trust me when I say you should reconsider. During my time in Sydney, I did not consume a single bad meal. From smoothies to pasta and everything in between, I was incredibly impressed. Not only did the meals taste good, but also they looked amazing. Food presentation was not an area in which the Australians were slacking. To this day, I still dream about the many meals I was lucky enough to encounter abroad. 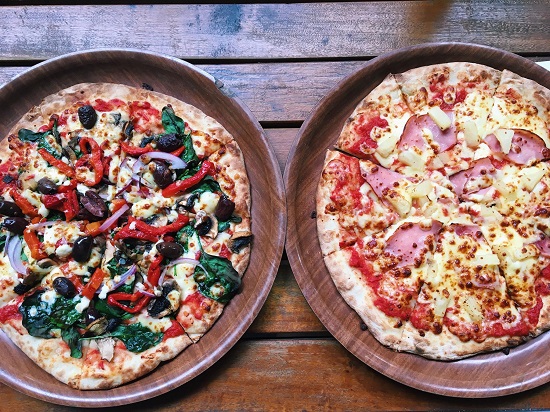 During my time in Sydney, I enjoyed one of the most colorful meals I've ever had and may ever have. A close friend and I ventured into Speedos Café, which was located just off the sand on the world famous Bondi Beach. Speedos Café is named after the well-known swim and athletic brand Speedo. The atmosphere of this very quaint café screamed Australia. From the beach wall paintings to the hip music, every inch of the room was inviting.

When reviewing the menu, we wanted to order just about everything. After a long debate, we decided to split pancakes and an acai bowl. When both items came to the table, we were in shock. I never knew a simple breakfast could look so beautiful. Every color of the rainbow was represented within the two dishes. Our relaxed beach breakfast quickly changed to a five-star meal. The pancakes were large and fluffy and covered in fresh fruit and edible flowers. The acai bowl was served in a darling bowl that overflowed with fresh fruit. After taking many pictures of our stunning food, we sat in silence and savored every last bite. Upon finishing our meals, we discussed coming back to Speedos for every other meal during our time in Sydney. While we did not do this because there were too many other places we wanted to try, I know if we had, we would not have been disappointed. 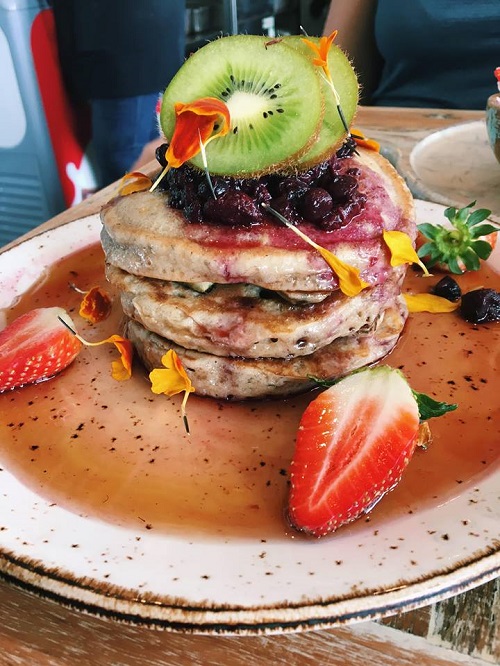 One of the next meals we had was not a spur-of-the-moment dinner location. The “Buffalo Dining Club” was a restaurant I had found online many months before even traveling to Australia. I had seen a video online and I was determined to dine at this restaurant. Buffalo Dining Club is known for its cheese wheel pasta dish. When you order this item the server arrives at your table with a pile of pasta placed on a HUGE wheel of cheese. They then proceed to mix the warm pasta on top of the cheese wheel to cover the pasta in cheese. They scrape the cheese with their tongs to load the pasta with chunks of fresh, melted cheese. Not only is the experience so fun and unique -- the pasta itself tastes amazing!

It would take an entire novel to explain how memorable and delicious each meal was that I had during my long weekend trip to Sydney. From late-night pizza slices to trendy, traditional Australian “brekkie,” I was impressed and pleased by the yummy flavors Sydney had to offer. I look forward to my next trip out to Sydney simply to indulge in more of their phenomenal food. 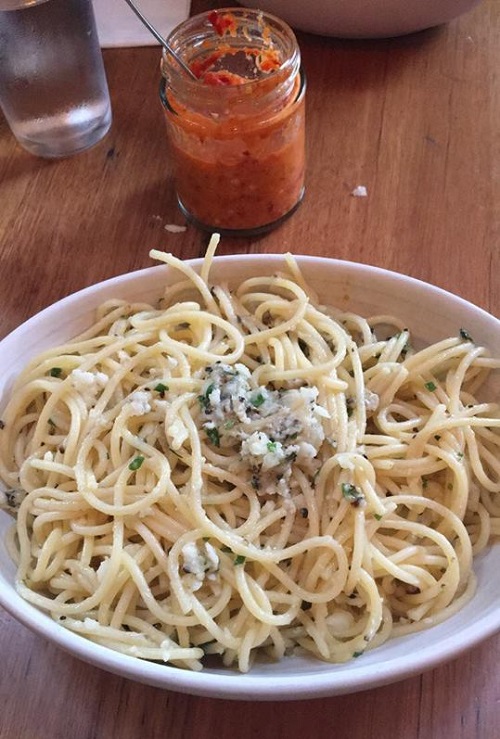