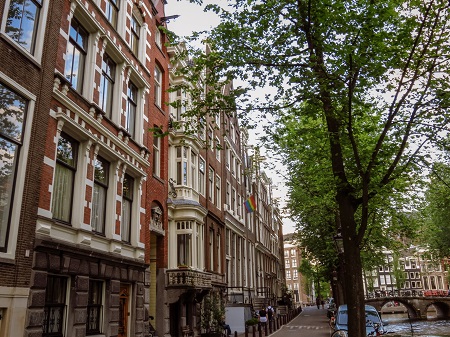 There are some places in the world that I have been to a couple of times and don’t really have an interest in ever going back. Amsterdam, on the other hand -- you couldn’t stop me from going back over and over again. From the few times I've been there, the sights, food, people, and even just the atmosphere – it’s all amazing and keeps pushing me to return! 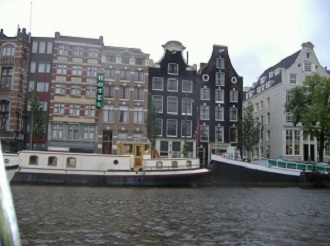 Studying abroad in Amsterdam, there's always something to do. It is also a great hub to hop on a train and explore more of the Netherlands as well as other surrounding countries. Some of the key things that were a MUST SEE on my list when I visited Amsterdam were the Anne Frank house, different factories, and the infamous "I Amsterdam" sign. The Anne Frank house, along with a lot of other famous museums throughout the city, offers so much insight into the humbling history there. Getting a chance to see where Anne Frank had to hide and walk among the houses as she did leads to a flood of emotions. I learned so many new things and adopted an even greater appreciation and honor for seeing something firsthand. Thinking about it right now still gives me goosebumps!

Some places many people may not think of when visiting Amsterdam is seeing some of the factories, including a wooden shoe factory, cheese factory and the Heineken brewery. Wooden shoes are a symbol of the Netherlands, so being able to see how they are handcrafted and even trying on a pair (or daringly buy a pair) is a memory I will never forget. While I was walking along some of the streets and canals, you can smell cheese from every corner. Holland is proud of their product and some deem it the best cheese in the world, so I definitely made sure to find a cheese factory to learn more about how their cheese differs from others. The most memorable, indescribable image I have is at the end of the tour where you find a massive wall of cheese. Next was stopping at the Heineken brewery to learn where such a popular and world-renowned beer is created. This has to be one of my all-time favorite breweries. It is a self-guided tour that will take you through their whole process, have a mini ride for you to envision that you're personally going through the brewing process, and end with views of the city from their deck on the top floor.

Something about Amsterdam’s beauty never gets old. The architecture is one-of-a-kind, and to see the canals running through the city like a maze makes it even more charming. I have had the chance to go to Amsterdam during the summer, fall, and winter – and each season brings its own remarkable beauty. I think it's the atmosphere of the city that keeps bringing me back. Amsterdam is a large, populated city but it never seems busy. I think it has to do with the permanent residents living there, but something about it made me feel much less stressed out compared to when I'm in other European cities. Everyone there speaks English, so it's easy to get around and everyone is just so nice! They love to speak to tourists and learn more about them. It could be just one of the thousands riding on bicycles or someone working behind a desk; each one is extremely welcoming. When I get a chance to go back, I get just as excited as I did the first time I went -- and thinking about it now is making me want to plan my next trip to Amsterdam!

Ashley Gordon is an Admissions Counselor.