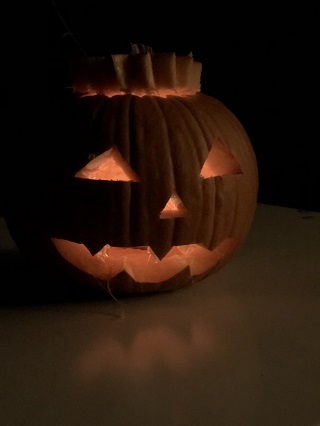 One might think there are many of the same holidays in Europe as there are in the United States. While a number of them exist in both places, I hate to tell you that some of our favorite holidays as Americans aren’t celebrated in Europe.

As we are here from early September to late December, we have Halloween, U.S. Thanksgiving and a large portion of the Christmas season to celebrate. 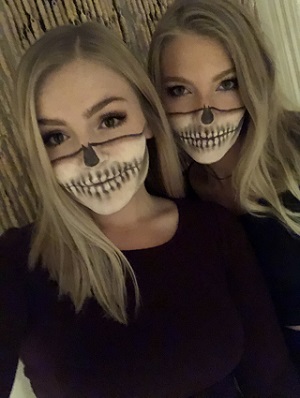 Here in France, Halloween and Thanksgiving are not really celebrated. Yes, there are Halloween makeup items and some costumes sold in stores, but it really is nowhere near as celebrated as it is in the States. Luckily, our program director, Kristin, knew that Halloween is one of the most cherished holidays back home for a lot of us. She put together a little party where we had homemade pumpkin soup, drank sparkling cider and carved pumpkins. She even put a little French twist on the evening and served escargot, which for most of us marked our first time trying it. Now, I’m not lying when I say I was worried it would be gross… but now I love escargot, and I have Kristin Kerr to thank for that! Later in the week, we had a fun little get-together on actual Halloween and we all dressed up. Sometimes you just have to make your own fun when what you are used to isn’t available. 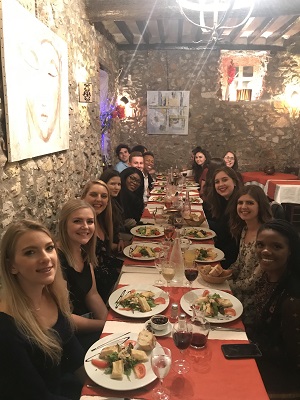 By the time Thanksgiving week rolled around, all of us had been pretty burned out with midterms, homesickness and traveling (so difficult, I know). We like to call Kristin our “France Mom,” because she is an extremely helpful point of reference for most things and if we need help, she's always there. She planned a nice dinner for us at a local restaurant the Tuesday before Thanksgiving. Yes, it might not have been turkey, casserole and pumpkin pie, but it was the idea that we were all together for a holiday where we were all so used to being with our loved ones. That’s what the holidays are all about, so it really was nice to just relax and have a great evening together. On Thursday, we threw together a (quite successful, might I add) Thanksgiving potluck dinner at my apartment with everyone and that was just the cherry on top -- exactly what we all needed heading into the last month that we're here. 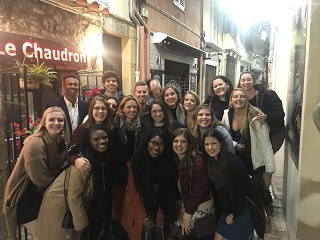 After this weekend, the Christmas lights and markets that the town has been slowly-but-surely setting up over the last month will finally be lit! I can’t wait to see what Christmas in France looks and feels like, especially because that was a major factor in my decision to come during this semester. So far, even the unlit light displays are magical, so I can only imagine what it’s going to look like soon!

Evelyn Little is the Fall 2018 CEA MOJO Blogger in French Riviera, France, and is currently studying at Washington State University.
Leave a comment
Newest on top Oldest on top
Load more comments
Thank you for the comment! Your comment must be approved first