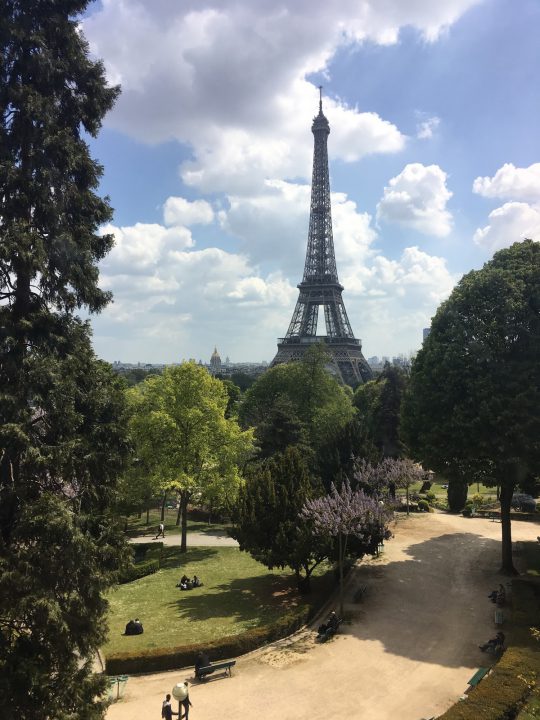 I was lucky enough to spend my junior year of college studying abroad in Paris, France, as well as traveling throughout Europe. I had only traveled abroad a couple of times before this, but I never stayed anywhere long enough to be able to really immerse myself into the culture and try to live like the locals do. As a budding anthropologist, I was excited to start conducting my own “fieldwork.” However, the first thing I experienced when arriving in Paris wasn’t the food or the better way of life I assumed I would find; it was culture shock.

Understanding culture shock is talked about in Anthropology classes as being a good first tool to use when in an unfamiliar situation or culture, but I wasn’t prepared for the real thing. The first couple of weeks of being abroad, I found myself sinking quickly into culture shock and homesickness. I would get frustrated very easily when things didn't work out the way I thought they would, and I would get annoyed at myself when I couldn’t order food at the patisserie without resorting to English. During these first few weeks, I noticed different idiosyncrasies that make Parisians unique. Some were fairly well-known, like how Parisians are very carefree and will spend hours at a café, and some were more of a surprise, like how Parisians don’t smile with their teeth and there is always someone there to help you if you need it.

Soon, I got into the swing of things, and the feeling of culture shock faded. During my time abroad, I not only met new friends and improved my French dramatically, but I was fortunate enough to visit other places in Europe as well. I was able to witness the cultural differences in Western European and Eastern European countries firsthand, as well as in Western and Islamic society, while also eating the delicious local food. My time abroad not only highlighted the beautiful differences in customs and culture all over the world, but also showed me how I handle being alone in different foreign environments where nothing is familiar. Now, I know that with just a little patience, I will figure it out and that everything will be okay.


Rebecca B. is the Spring 2018 alumna in Paris, France. She is currently studying at the State University of New York College at Potsdam.