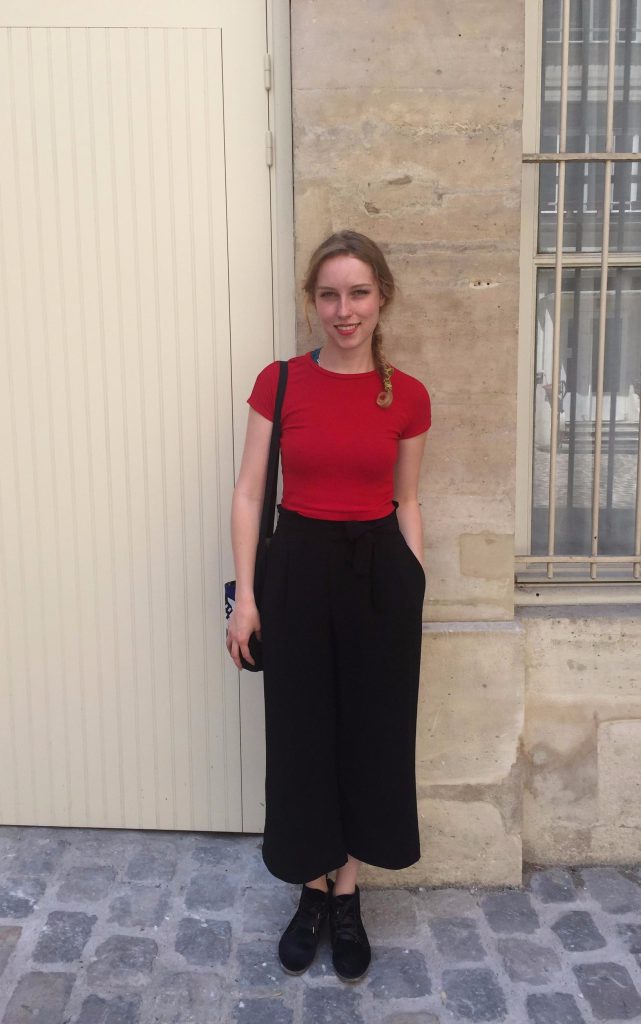 Zoe participated in an internship abroad with an educational theater company that aims to teach students English through theatrical performances, games, and workshops. Zoe helps out the team by filming the performances and workshops, and then cutting and editing the footage to produce a promotional video for the company to feature on its website.

"It's amazing because in the one month that I've been here, my language skills have just skyrocketed."

Fortunately, not only is the work that she does directly relevant to her studies, but it is also a mission that she admires. Zoe shared that she wished she had been exposed to something similar when she was a child, so that she could learn a second language more easily. However, it's never too late to learn! Through her internship, Zoe has been given several opportunities to learn and practice French. She interacted with her colleagues in French, helped out on French-to-English language translation projects, and even had the honor of introducing a theater performance in French to an audience of 40 French children that didn't understand English. Zoe's advice is to "practice your French as much as possible, and don't be embarrassed. Everyone is here to help you!"

Originally from Washington D.C., Zoe is a student of Acting and Electronic Media & Film at Towson University, located in Maryland.