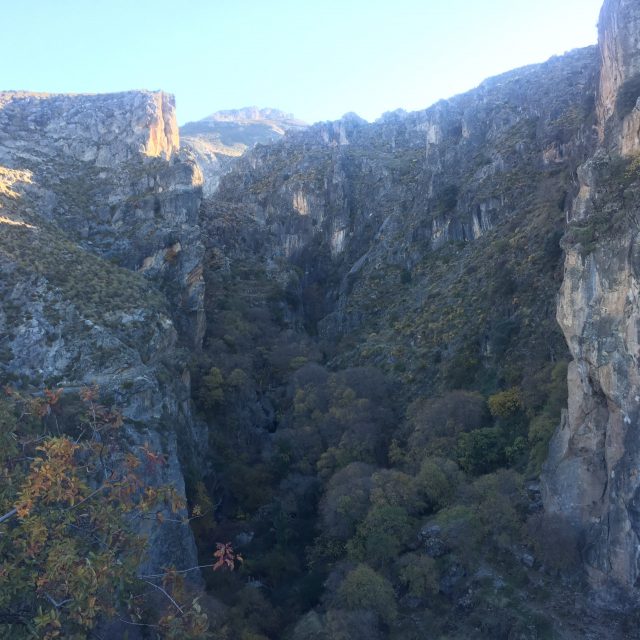 Before actually living and studying abroad in Granada, my knowledge of the city was strictly bound to what I read in a few articles online or in travel guides. I had the basic history of the city, the major sightseeing points, and of course, a commentary on tapas culture, but in regards to real connections to the city, I had none.

Fast-forward a few months, and I’m happy to say that has completely changed. What started out as a study abroad “destination” has quickly become my second home, a city where I feel surprisingly comfortable given the differences in culture and language.

What first made Granada stand out above other cities in Spain was its history; throughout the city, the mix of Muslim, Jewish, and Catholic influences is obvious and awe-inspiring. Although historically the relationship between these groups was not as rosy as many paint it, the area did enjoy periods of tolerance and coexistence that, as someone who studies political science, I find very interesting. As I’ve lived here and seen the benefits and consequences of these cultures mixing, I feel increasingly connected to the city and its many Granadinos.

While it's true that the culture and history first drew me to Granada, the people are the reason it will be so hard to leave. In the afternoons, I have coffee with my host family, and we chat about our day. On the weekends, my Spanish friends and I go out for tapas, and they help me practice my Spanish. In class, my professors have pushed me to improve, but also supported me when I’ve gotten discouraged in an especially difficult concept or assignment. And to top it all off are the little connections, like the waitress at my favorite coffee shop that knows my order by heart. These connections with the people here in Granada have turned a foreign city into a home.

I’m sure in any study abroad experience, the newness of everything makes the city seem wonderful and exciting; however, with four months behind me and four more to go, I would venture to say that for me, the newness has worn off. And I still really love this city. I arrived without the faintest connection to Granada, but I’d be honored now to be called a Granadina.

Megan V.L. is the Spring 2018 MOJO Blogger in Granada, Spain. She is currently a Junior studying Political Science & Spanish at University of Tennessee.