Give up Paris: Go Inishmore 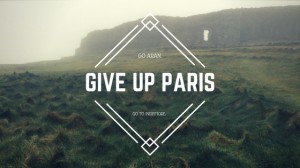 “Give up Paris. You will learn nothing by reading Racine. Go to the Aran Islands."—W.B. Yeats

The vista from Dún Aonghasa, Inishmore just may rival the Cliffs of Moher in terms of raw grandeur.

I’ve been lucky to hike up to the bronze age hillfort twice now, once in fog thick enough to think you’re a ghost and sleet cold enough to wish you were, and even then, the Dún did not disappoint. If anything, the capricious weather just made me revel in awe of the mad pack of Bear-Grylls-ian survivalists who chose to make this cliff home 5,532 years ago. 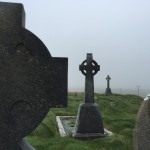 Backed by an imposing stone enclosure, one can peer over the edge of a sudden 300 ft. drop across to a stretch of the rugged cliffs that buttress the 9 mile-long island. Take a glance behind you and you’ll spot the chessboard of stone hedges, small farms, churches, and ruins of  Inishmore all gathered to a slim waist that, according to locals, has been completely arched by the wave from time to time. It’s not hard to see why the Aran Islands, Inishmore in particular, the largest with a population of 840—became a favorite camping spot for early Christian saints.

Life on the Gaeltacht island, particularly now with its steady stream of tourists from the mainland, is punctuated by the timetable of ferries in Kilronan harbor.  Kilronan the largest village containing a bank (open only on Wednesdays during the winter), a sweater shop, church, SPAR grocery, two hostels, and a handful of pubs—Ti Joe Watty’s being a favorite with live music on the weekend and carrot soup that will make your mother jealous. 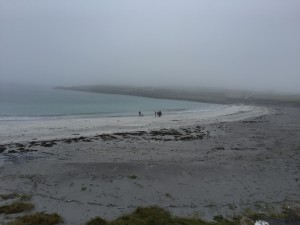 Unless it’s spitting rain, or hail, or sleet, etc, cycling is ideal.  It’s only 4 miles from Kilronan to Meenabol, a village at the foot of Dún Aonghasa. On my first trip with CEA, we cycled Cottage Road, lined, as one might imagine,  with Inishmore’s remaining thatched cottages complete with the occasional leprechaun house, austere cemeteries, and a bolt of azure coastline to the south.  Few natives still make the world-famous Aran Island sweaters hawked across Ireland, but Frances Beatty of An Púcán markets her friends' knit craftwork and her own crocheted hats and paintings here.  Teach Nan Phaidi’s café is also a notable stop for Guinness beef stew, sandwiches, salads, and the like. 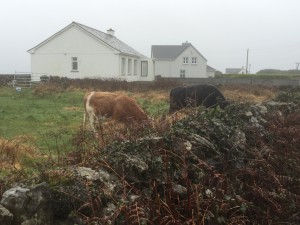 Travel out beyond Meenabol and one might stumble upon the ruins of Teampall Bhreacáin or the Seven Churches—which really are just two churches surrounded by some domestic ruins, a cemetery, and on the right day, an impromptu river.

A few miles beyond in Ballydavok, you might pass the cottage of the village basket-weaver and what only 20-years ago was the matchmaker’s cottage when he came from the mainland.  I asked our bus driver on the second trip, longtime local Gerald O'Flaherty, if anyone took the matchmaker seriously back then.  "Ah well, we were younger back then," he concluded with a shrug. 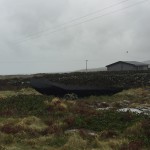 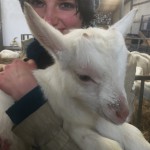 On the sea-side loop back to Kilronan, you can also spot a seal colony tanning on the rocks during low-tide and, as we did during the CEA trip, perhaps stop at Inishmore’s only goat cheese farm (even sheep are rare on the island now due to EU regulations) and adopt-a-kid for an afternoon.

Perhaps one of my favorite spots of the beaten path is Teampall Chiaráin, a 12th c church ruin only small trek away from Mainistir village.  Beside it lies one of the island’s many holy wells, marked by a tree with a vibrant array of ribbons left by passing pilgrims, and several cross-carved standing stones.


Molly H. is the Spring 2017 MOJO Blogger in Galway, Ireland. She is currently a Junior studying International Studies at Covenant College.

Molly Hulsey is the Spring 2017 CEA MOJO Blogger in Galway, Ireland in Galway, Ireland, and is currently studying at Covenant College.
Leave a comment
Newest on top Oldest on top
Load more comments
Thank you for the comment! Your comment must be approved first