Into the West: Carna's Gaeltacht 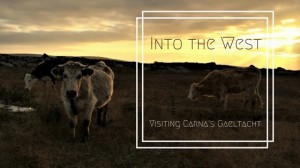 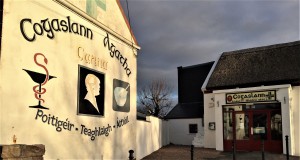 “Is this the bus to Carna?” I asked the driver of the tiny bus parked by NUIGalway’s quadrangle. Your man, an elderly fella sporting a tweed cap and a sly smile, said something unintelligible in Gaeilge and nodded. Taking this as a yes, I slipped to a seat among 16 other Gaeilge students, enthusiastic and nervous about their first homestay in Connemara’s Gaeltacht.

“Is this the bus to Carna?” another student queried. “Nah,” said the driver with his impish grin, “this is the bus to Galway.” 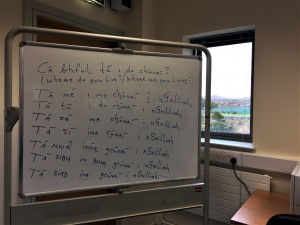 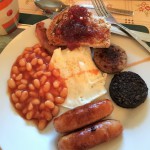 Language barriers followed us when we arrived an hour later at NUIGalway’s Carna campus, but that’s par for course. In Carna, a village on the west of Ireland, 96% of its 178 inhabitants speak Gaeilge as a first language.

While our hostess, Ms. Sally, speaks Gaeilge with her family, she chatted with us mostly in English—teaching us cupla focal (a few words) during her fabulous three-course meals.  Like many Carnaians, she has a pet donkey in her bayside backyard, family in America, and a hospitable spirit.

Class consumed much of our time, but we also got to ramble a bit. Saturday afternoon, we braced ourselves for Connemara’s infamously bumpy roads to see the cottage of poet and national hero Pádraig Piarais. Leader of the 1916 Rising for Irish Independence (until killed by British firing squad), Piarais resided here during the summers to teach Gaeilge and soak up Connacht’s austere landscape in his writing.


The terrain exudes both a stark beauty and a haunting disquiet when one discovers that once, Connacht fed tens of thousands of families disposed by British colonizers on its rocky fields. For Irish dissenters who weren’t sent to the West Indies as indentured servants, hung, or forced to rent their own land, “to hell or to Connacht” was a popular order from colonizers. 8,000 lived in Carna alone until the Famine decimated ¼ of the Irish population and sent ¼ to foreign shores.

Folk traditions still remain vibrant here. We made our way to the ruins of St. Briocán’s chapel, cemetery, and holy well where locals still collect vials of water for their boat hulls and homes.

That evening, two friends and I feverishly leafed through monolingual programs during mass at Teampall Mhuire and received sympathetic glances from parishioners. 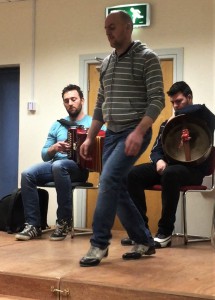 Carna also houses rising stars of Séan-nos (“old-way”) dancing and singing, some of whom we witnessed thanks to singer and poet Micheál Ó Cuaig. Songs, often As Gaeilge, are performed acapella to accentuate performer’s complex ornamentation and modal glides. Séan-nos dance, indigenous to Connemara, diverges from the more popularized step-dancing with low-to-the-ground-shuffles and improvised foot-work.  We watched (and learned from) two sets of brothers―families often pass Séan-nos from generation to generation―strut their stuff on NUIG’s stage.

Later at Moran’s pub, we spotted two of the brothers, but it was their night off, one had returned home from his job with Facebook in Dublin.  Much to Ó Cuaig’s chagrin, a young country-western band serenaded us instead with wailing Cash and American hits As Gaeilge: “And to think there’s so much talent standing here in this pub…”

He promised a better gig if we returned to Carna again―not an offer I’d like to turn down.