Is there a single Czech story? 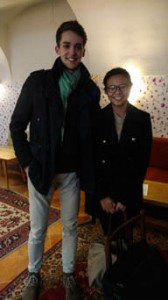 "I see a lot of exchange students, like Americans, stick together and don’t talk to anyone else. I don’t think that’s the point of your year or semester abroad. What’s the point of hanging out with the same people, just in another city?"This is Lam, a second year Humanities student at Anglo American University in Prague. “We really appreciate the Americans that come to talk to us. We are super glad to talk to you, to show you around, because we have questions, like why are you so weird?”

Both Lam and Michal laugh at this in good-hearted agreement. Michal is another second year student at AAU, studying Politics and Society. Throughout our conversation in the university’s cafe, there were many moments like this, where the two diverged to joke around. Often, I had a difficult time following the references--a lifetime of foreign humor and cultural narratives cannot be learned in just months. Likewise, the Czech people are a sort of enigma, the Boo Radley in this story. Despite our proximity, their perspective is one that I have struggled to understand. However, in speaking with Lam and Michal, learning about their lives and families, a bit of clarity was gained.

“My mother is Czech. She was born in Prague, but my father has a more interesting story.” Michal’s father was born in Bosnia, but was forced to flee when the country broke out in war. The violence was a symptom of an even greater conflict, the breakup of Yugoslavia. While his final destination was Germany, Michal’s father got stuck in what was then Czechoslovakia. Despite minimal knowledge of the Czech language, it was here that he finished his medical degree and met his future wife. 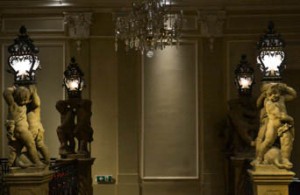 “I think he met my mother in a bakery store, and their first date was on Petrin Hill. And supposedly, my dad being a Bosnian,” Michal grinned, “he was like an hour late. But she waited.”

For some, life in a multinational home is an exotic idea. From the outside, creating a space within two different cultures appears daunting. However, Michal spoke about it with ease.

“If you hear my dad talking, he still has an accent after twenty plus years. So, I know Bosnian, my father’s language, and Czech obviously. I grew up in an at least semi-Bosnian family culture,” he explained, “but I was also influenced by Czech culture because I went to a Czech high school”. 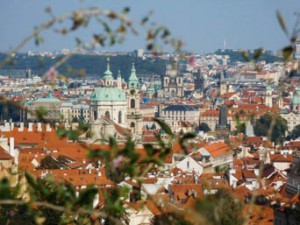 As she nodded with understanding, the conversation then turned to Lam. I soon learned that her family has a similarly global history.

“Both my parents were born in Vietnam and then immigrated here,” revealed Lam. My father came at the end of the sixties and my mom came in the eighties, so they both experience communist life in Vietnam and here”. In the Czech Republic, the Vietnamese constitute one of the largest ethnic minorities. Like Lam and her family, the majority reside in the capital city. “I just respect them so much because they didn’t have so many opportunities, but they still managed to make money, to live normally”. 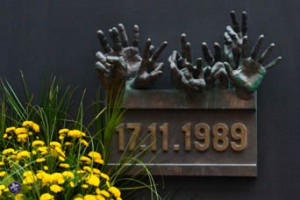 Like Michal, Lam has grown up simultaneously in two distinct worlds. She described what the experience has meant to her.

“So the second generation--me, my brother, and my cousins--we are all still pretty influenced by our parent’s culture. We speak the language at home, we respect the traditions, the customs, but we are also mixed with local culture.”

As Lam and Michal shared their stories, I began to realize something unexpected. That single Czech story I was so eager to understand, the one that had brought me to this little corner of the cafe, did not actually exist. Despite a common language, a common state on their passport, individuals cannot be understood by the overarching label, “Czech”. Like Americans and Bosnians and Vietnamese, each is shaped by the unique path they’ve taken. However, despite the choices we make, these paths tend to intersect. This is where common ground is found. Lam, Michal, and I discovered this while talking about our hopes for the future. 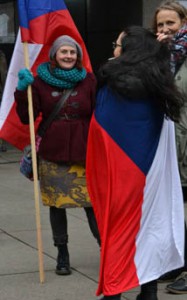 “For me, it will be a move out,” responded Michal, “you can live a nice life in Prague… but I think my desire to move out is driven by my desire to travel and explore the world. You can do what you couldn’t fifty years ago, and I want to take this opportunity”.

With her plans to move to a more cosmopolitan area, Lam nodded again in agreement.

Finally, as both the coffee and conversation came to an end, I asked the two a final question. Is there anything students should know before studying abroad in Prague?

“I’m going to take a guess and say that the Czechs seem very closed off at first,” started Michal, “but if you take the time to get to know them, you will see that they are a very friendly people. I think there is a metaphor,” he continued, “that compared the Czech people to Moravian wine. It’s very bitter at first, but if you get through that bitterness, you’ll actually find it’s a very tasteful wine. I just wish people would go a little bit further, and try to get to know us.”

“And…”, Lam added with a smile, “the tram has the priority”.

Taylor T. is the Fall 2016 CEA MOJO in Prague, Czech Republic. She is currently a junior studying Marine Biology, Art, Wildlife Conservation, and Global Studies at the University of Delaware.

Taylor Tewksbury is the Fall 2016 CEA MOJO Blogger in Prague, Czech Republic, and is currently studying at University of Delaware.
Leave a comment
Newest on top Oldest on top
Load more comments
Thank you for the comment! Your comment must be approved first