Not Your Typical Tortilla 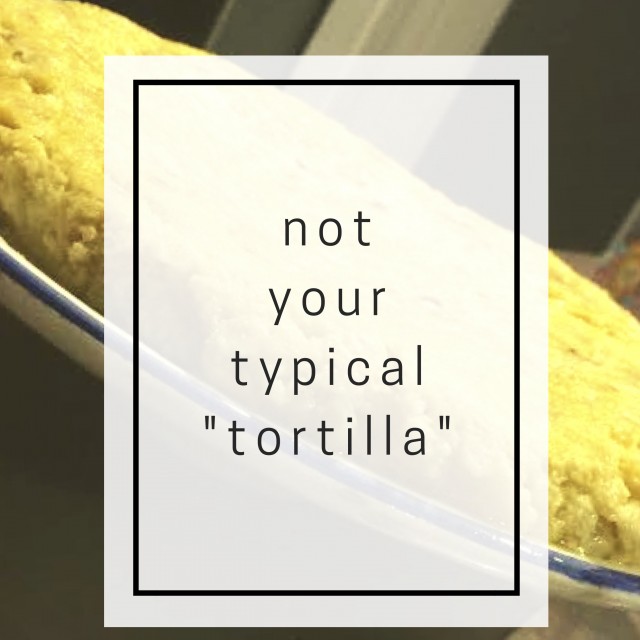 Spain is a country known for many things, and after living here for some months, I can tell you that food is most definitely one of them. Though there is plenty to try in the way of croquettas, bocadillos, chorizo, and even fish brought in to the center of the country from the surrounding seas, my favorite authentic dish is the Spanish "tortilla." Falling somewhere in between an american omelette and a fritata, the Spanish tortilla has nothing in common with it's Mexican counterpart save the name. This past week, I was lucky enough to share a dinner with my dear Spanish friends, and they showed me just how it's done.


Basically, the Tortilla consists of potatoes, eggs, and olive oil. Now, whether or not to add onion can become quite a controversial topic in a Spanish household. This is because, though common in practice, one can argue that adding onion goes against the principle nature of the dish, which is traditionally called "Tortilla de Patatas" (Potato Tortilla), rather than "Tortilla de Patatas y Cebolla" (Potato and Onion Tortilla). That being said, I think it's delicious however it's served.

The secret for how to make an awesome Tortilla lies within the egg-to-potato ratio. I was told that the eggs should always outnumber the potatoes, so we made ours with 5 potatoes and 6 eggs. The 5 potatoes are to be thinly sliced and boiled in a good Spanish olive oil, then added to the mixed eggs after draining the oil. The entire mixture is then combined and poured into a pan over the stove, where it cooks until it's solid enough to be safely flipped onto a Tortilla plate.

Once all of this is done, one may sit down and eat it immediately, or let it cool and save it to enjoy later. While delicious food is a crucial component of a successful, authentic Spanish meal, the company and conversation are always even more important. And a well prepared Spanish Tortilla is a sure way to achieve all of the above.

Sarah U. is the Fall 2016 CEA MOJO in Madrid, Spain. She is currently a sophomore studying Spanish and Songwriting at Belmont University.
Sarah Underwood is the Fall 2016 CEA MOJO Blogger in Madrid, Spain, and is currently studying at Belmont University.
Leave a comment
Newest on top Oldest on top
Load more comments
Thank you for the comment! Your comment must be approved first