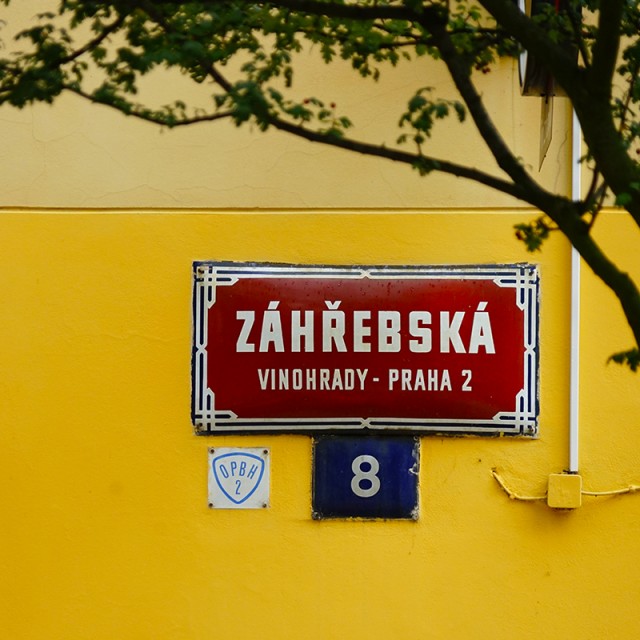 In other words, do you speak English?

People speak Czech in Prague. That wasn’t a surprise. I just did not realize how difficult it would be to live somewhere where I didn’t understand the language. I am fluent in French, but since Czech is not a Romance language, I can’t even use the roots of words to try to guess what they mean. Czech words are difficult to pronounce and understand. I still don’t know if I can correctly pronounce the name of my street, Zàhřebskà. Starting from the first day, I wish I had studied a little Czech before coming to Prague.


One of the most common problems I’ve experienced with the language has to do with food. We went to a restaurant the first night, and the menu was all in Czech at the front of the restaurant. Fortunately, without even asking the waitress, we were all brought English menus. She also spoke a decent amount of English, so any potential issues for that night were quickly resolved.

The grocery store is a whole other story. My friend wanted to buy flour, but she couldn’t tell if she was buying the right kind. Trying to read my receipt to see how much my groceries cost? I stopped trying.

Communication and comprehension gets a little more tricky with complicated tasks, such as purchasing a phone plan. I went in to one of the main cell phone coverage company stores in the mall in hopes of purchasing some data. The woman who was helping me spoke very little English. I think she could understand that I needed data, so she asked me for my Czech phone number, which was provided with the SIM card from CEA. I tried asking about rollover data, but I don’t think she understood me. I left the European phone store and my roommate and I went to T-Mobile. There, the lady understood me a little better, and I walked away still slightly confused, but I had some sort of data plan. Now I have a Czech phone number, pretty cool if you ask me.

Not only is it hard being incapable of asking something simple like “Where can I find notebooks?” in a supermarket, but I definitely never considered how difficult it would be to ask about data plans, which are perplexing enough in America.


I just have to do my best with the bits and pieces of the language that I pick up, look specific words up on Google Translate before I go out, and hope for the best. Life is an exciting adventure, and Prague is one of the best.

Laura C. is the Fall 2016 CEA MOJO in Prague, Czech Republic. She is currently a sophmore studying Public Relations and Advertising at Chapman University