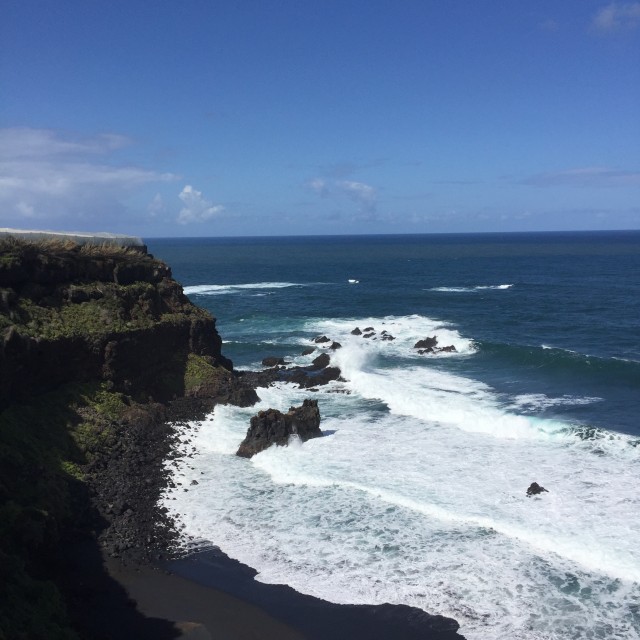 Have you ever been in a class where you’re so confused by what’s going on that it seems like the teacher is speaking a different language? Picture that feeling for four months!

Just kidding, it's not actually that bad when you aren't yet the greatest Spanish speaker. I have four roommates and I asked each how they rate their Spanish on a scale of 1-10; we came up with 8, 7, 3, 2 and an impressive 0.5 rating. So, on average for the five of us, our Spanish skill as a group is a 4. Oh, and to make it even more fun, the main language in Barcelona is Catalan (because Barcelona is in the northeastern part of Spain known as Catalonia). Sounds like a daunting semester? Give me a chance, and you’ll see it’s a lot more doable than you may think.

Here’s the background of my Spanish: I took it for three years over middle school and high school. I did my work but didn’t excel, because I thought, “When would I ever be speaking Spanish?” Flash-forward six years and whoops, I may have wanted to pay attention a bit more to Señora Maass in 10th grade. Every day here I have the chance to interact in Spanish, whether it’s at a restaurant ordering some lunch, or at grocery store trying to remember the word for “bag,” and each day I constantly get better.


The Catalan part of the Spanish language is something that makes Barcelona unique. See, Catalan is similar to Spanish, but it’s definitely not the same thing. Basic example: While in Spanish “goodbye” is adios, in Catalan it’s Adéu. Learning just a few key words in Catalan shows locals that you are putting in a bit of effort to immerse yourself in their culture, and it can go a long way with them! Oh, they all speak Spanish, too, so once you say an initial bon dia (a general “hello”), you can switch back to attempting Spanish and be just fine.

Many people in Barcelona speak English, and some restaurants have an English menu. I try to always order off the Spanish menu as best as I can. A good back-up plan is to just point at an item on the menu and you’ll get what you want (for the most part!). Ordering off the Spanish menu also has allowed me to accidentally get to try some new dishes that I wouldn’t ever think to order so I guess that’s a plus, too.

It’s definitely easier to be around our two roommates who are good at Spanish, but I’d say after being here for a while I can handle a taxi, the  metro, or a restaurant by myself and get by just fine. Sometimes you will be in a situation where you get confused or overwhelmed, but it’s not worth stressing if your Spanish isn’t perfect yet! I know we’ve made plenty of mistakes, but this weekend, when we took a trip to the Canary Islands, our language barrier led to us getting lost and taking us to one of the greatest views I’ve ever seen…


Spain has a ton to offer, and whether you’re a Spanish pro, a Spanglish expert, or you struggle to remember the basic words, you’ll still find your way here in Barcelona. Going out of your comfort zone and doing what you can to break down language barriers allows you to make the most of studying abroad, and I could not be happier with what immersion in  Spanish language has let me experience so far.

Kevin Mooney is the Spring 2016 CEA MOJO Blogger in Barcelona, Spain. He is currently a junior at the University of South Carolina.