How Did You Learn a New Language?

Let’s be honest about learning a new language.

Reality #2: It’s a worthwhile challenge that can help you order a delicious piece of cake in another language and (even more importantly) allow you to immerse yourself in a new culture while offering the opportunity to get to know locals on a deeper level.

Do we really understand the challenges that come along with learning a new language while studying abroad? Yes, we do…and we’re spotlighting three CEA team members to share their language-learning stories. 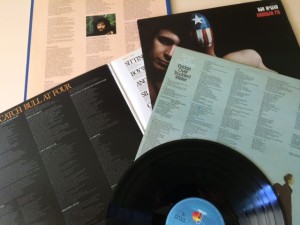 "I am just a poor boy.
Though my story's seldom told,
I have squandered my resistance
For a pocketful of mumbles,
Such are promises."
The Boxer, Paul Simon, 1969

Madrid, Spain, 1973: Though I was not yet an English speaker, I did, however, know the meaning of words like squandered and mumbles… no thanks to Mother Cadarso, my Galician English teacher who learned English herself as a missionary in China. Instead, as I found solace to my budding teenage angst in the music and words of Cat Stevens, Don McLean, and Simon & Garfunkel, I was unknowingly (and effortlessly) gaining a priceless skill. Not only was I becoming bilingual, but I now had a magical new window through which to look at the world.

Today, the list of those to whom I have a huge debt of gratitude for my English learning has swollen exponentially… and it doesn’t just include musicians. But it all started while poring over the backs of album covers, where the precious gift of the English language, in all its beautiful twists, lay waiting to be discovered by me.

"All lies and jests
Still, a man hears what he wants to hear
And disregards the rest."
The Boxer, Paul Simon, 1969

Coming from Slovenia, a country of just 2 million (and some change), knowing an additional foreign language was not only a plus—it was a necessity! 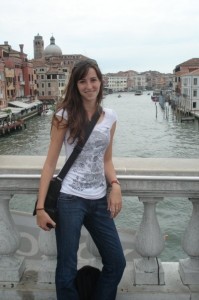 Because I was born and raised in a small coastal town just 30 minutes from the border with Italy, Italian was the first non-native language I learned.

My interest in adding English to the mix started at an early age — probably as a direct result of wanting to watch the latest Hollywood movies without subtitles or sing Backstreet Boys by heart. However, English is also a formal part of Slovenian education starting in the fifth grade, and thanks to pop culture and some early language classes, I had a good head start!

The other development that led to my ongoing passion for English was when I started traveling abroad. You won’t get far with Slovenian outside of Slovenia, but knowing English opened the door for me to study abroad in the States, as well as get around efficiently all over the world.

My advice for others looking to learn a new language is to start small, have fun, and make time for travel or study abroad so you can experience the true beauty of all aspects of a culture, language included. 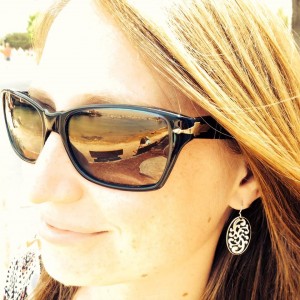 I began studying Spanish much like many people do in the U.S.: in a middle school classroom, fulfilling an elective foreign language requirement. While I enjoyed learning how to make different sounds and playing fill-in-the-blank with Shakira songs, I wasn’t sold on the importance of truly learning another language. It was hard work. Plus, I hardly knew anyone who spoke another language.

It wasn’t until high school, when I got a job as a hotel maid and began interacting with Spanish-speaking members of my community, that I understood that even my basic knowledge of another language opened up new pieces of the world for exploration. I struggled to memorize vocabulary, conjugate verbs, and communicate with my new friends. We laughed at my mistakes, argued about the logic and meaning behind different sayings, and discussed how language reflects and impacts our different cultures. We talked about the ways in which language divides and unites us, here in the U.S. and around the world. I was hooked.

During college, when I studied abroad in Peru and traveled throughout Latin America, I felt so grateful for my knowledge of Spanish. It seemed that almost an entire continent was open to me. At the same time, I was completely overwhelmed by how much there was still to learn. Fortunately, there is nothing quite like immersion to take your language skills and cultural understanding to the next level. Pro tip: a cross-linguistic romance certainly doesn’t hurt!

I’m lucky to have the opportunity to continue to use my Spanish regularly through my work here at CEA. Learning another language is a lifelong process, and it’s still hard work. That being said, it’s hard to imagine anything more worth the effort.