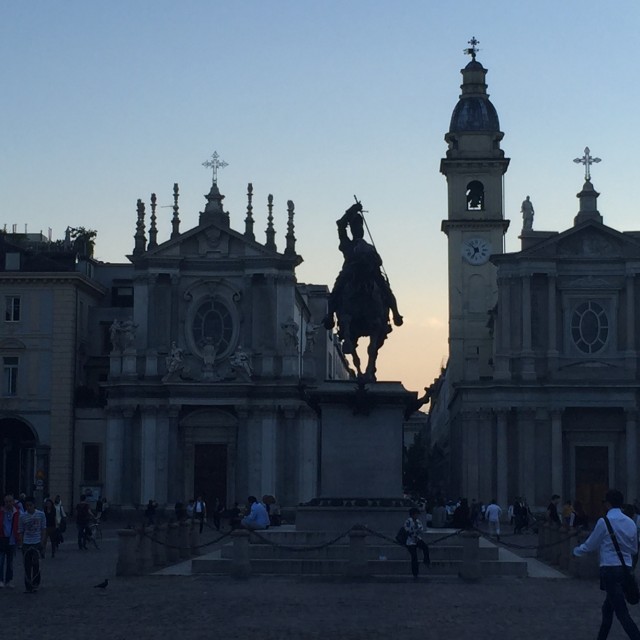 Most weekends at my home university entail Netflix and maybe leaving the apartment to get food. Weekends in Florence mean traveling to another city or country, not down the street. CEA even makes it easy by organizing a couple trips like a day in Cinque Terre (try staying overnight though, it's worth it) or a trip to Turin with visits to the Automobile Museum, National Cinema Museum, Royal Palace, and more of course. 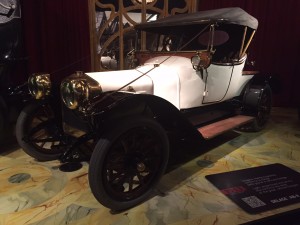 Let me begin by saying I know nothing about cars, except that some look better than others. The cars in the museum were all beauties, from the first prototypes of cars to Rolls Royces. Walking through the museum takes you through the history of car development. Historical events even shaped car design, like the beginning of the Jeep, which originated from World War II because the military needed this "General Purpose" car.  They abbreviated the term to GP, which became Jeep. Since I don't have any plans to buy a Cadillac, Alfa Romeo, or Maserati, I soaked up all the time I could with these luxury cars.

My favorite museum was the National Cinema Museum because it brought all of my film lectures to life. Similar to the Automobile Museum, the first part followed the development of film, from the Chinese shadow play to the camera obscura and moving images. I would never be able to watch a zoetrope work or watch a short nickelodeon film in my classes at my home university. After the history of film, the museum opened up into a large space with small rooms dedicated to a certain genre. These rooms were decorated like Disneyland and really brought each genre to life. 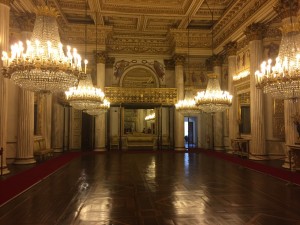 Besides the museums, we also toured the breathtaking Royal Palace of Turin with its intricately decorated rooms. Imagine waking up in the morning and walking through rooms with gorgeous paintings on the ceiling surrounded by delicate gold structures. Chandeliers would light the way at night while the natural light from huge windows would light the rooms by day. You could throw an actual ball in the ballroom and dance to live music played by an orchestra. Not too bad; I'll take it with that Rolls Royce from the Automobile Museum.

We even managed to grab some lunch at Pepino, the first place to sell Pinguinos or gelato on a stick covered in chocolate. In addition to the Pinguino, they have delicate floral flavored gelato like rose and violet. Although Pepino is known for their gelato, my eyes were set on bicerin. Bicerin is espresso, chocolate, and cream layered in a small glass. Our tour guide told us to not stir it because everything is supposed to mix together in your mouth. I have to disagree. I couldn't get the chocolate sitting at the bottom because it was thicker than the coffee and cream so I ended up having coffee and then chocolate. In the end I couldn't taste it all together, but it was still delicious.  Sorry, tour guide, but next time I'm mixing it.

Stephanie Ino is the Fall 2015 CEA MOJO Blogger in Florence, Italy.  She is currently a senior at UC Davis.