Fitting in with the French

“That will be 1 Euro” -Store clerk

This is how countless conversations go when trying to practice my French here in France. Is it my accent? The way I dress? I tried to figure out exactly what set me apart from every Parisian.

After asking around and reviewing some mistakes I have made in the past, I have compiled a list of 5 mistakes that could set you apart from the crowd as an American. These are definitely 5 mistakes you will want to avoid to become more like the French.


1. Not reading the destination on the front of the buses.

Here in Southern France, there are tons of different bus lines that take you all around. I made the mistake of not reading the front of the bus. Usually, I take bus 100 to school so when I saw a bus 100, I figured it would bring my straight to school. A couple minutes after sitting on the bus, the bus driver stopped at an exchange bus station, told everyone to get out then hopped off the bus herself. Confused and lost, I climbed off the bus and tried to decide what my next plan of action would be. Since I had only been on the bus for 5 minutes or so, I decided to walk back to the original location. After asking strangers for directions a couple times, I made it back to the original stop only to get picked up by the same exact bus that dropped me off at the exchange bus station. So essentially, I should have first, read the sign on the front of the bus and then known that the second time this bus comes around, it will flash a sign that it is headed to school. Lesson learned-the hard way.


2. Carrying your phone in your pocket.

I have had a few friends get their phones stolen from people in tight areas. I rarely see a Parisian's phone in reach, if even at all. French people never use their phones while eating and they never walk and text at the same time. Doing anything with your phone is a flashing sign that you are not from France and that you are an easy target to steal from.


3. Talking and laughing loudly in groups.

I didn’t really believe this was a thing until I realized when a group of us Americans go out at night people would stare. We would talk loudly about funny stories and laugh with booming voices. I have learned that to fit in, you must keep your voices to a whisper and even laugh in that way as well. 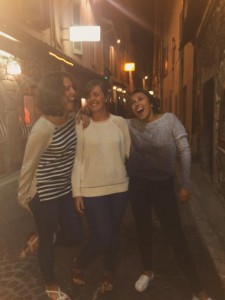 4. Wearing tennis shoes with every outfit.

Rarely will you see French wear their Nike sneakers to do anything but physical activity. Converse are okay, but sneakers (with dresses and jeans especially) make it obvious that you are American.


5. Walking into stores and looking around then leaving without saying anything.

I made the mistake of doing this a couple times, and I learned the hard way. Always say “bonjour” when walking into a store, bakery or onto the bus. And after leaving say “merci, aurevoir” or “bonne journée.” The French find it very impolite to walk in and leave without acknowledging the store clerk. You may get nasty stares and subpar customer service because they will think you are purposefully trying to be rude when in fact, you simply did not say hello and goodbye. It makes all the difference. 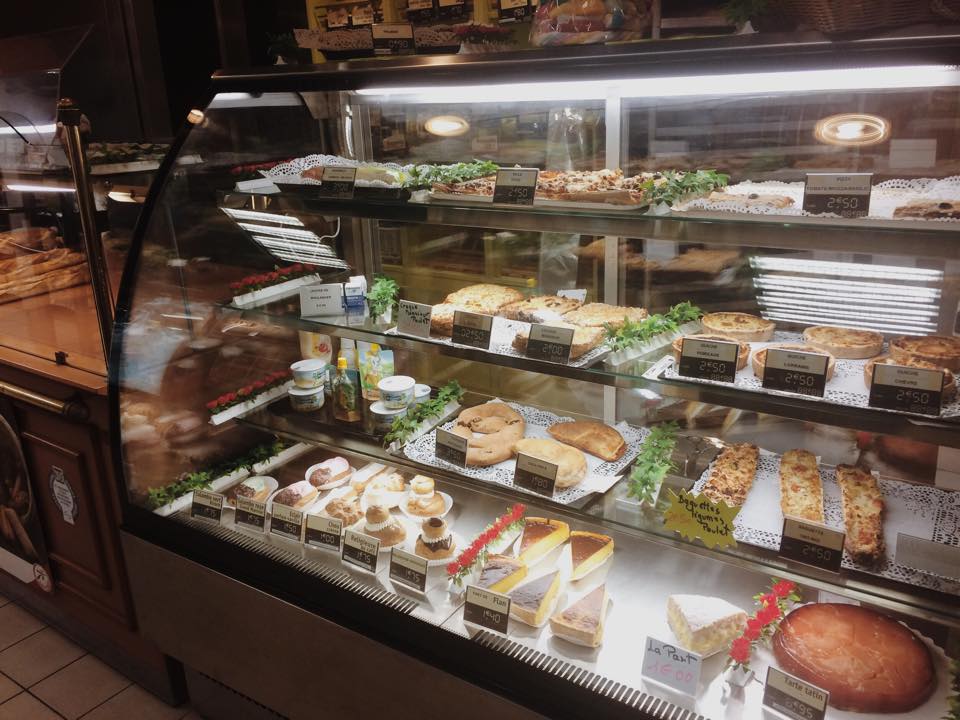 Now that I have been here a couple weeks, I have learned quickly how to be like the French. I no longer stick out like a sore (American) thumb. I know how to travel with my friends with our phones tucked away and take the right bus to arrive at a bakery. We can laugh and whisper quietly then enter the store, say hello and good morning to the store clerk and order our chocolate croissants all while wearing cool French attire.

So, about that croissant au chocolat?

Cici Holmquist is the Fall 2015 MOJO Blogger in the French Riviera. She is currently a Sophomore at Point Loma Nazarene University.