Cobblestone and Cathedrals: The Immeasurable Beauty of Prague 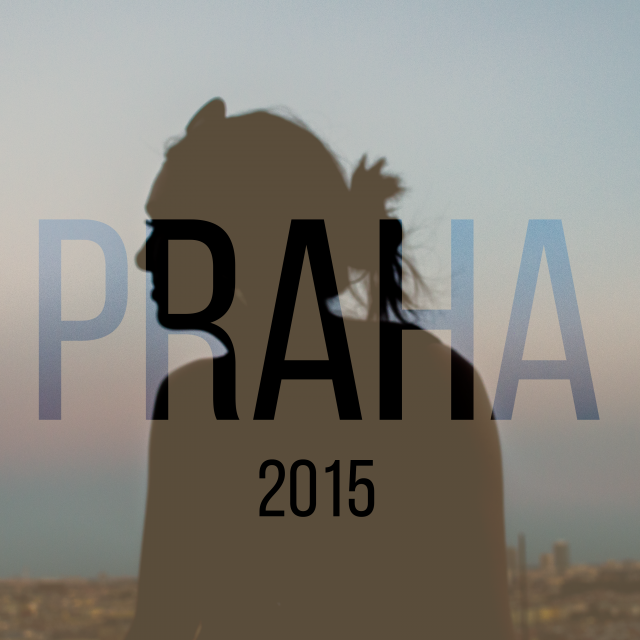 The smell of goulash and trdelnik wafted through the stifling air of one of the last blisteringly hot summer days. I found myself in a restaurant at the edge of Prague's famous Old Town Square, watching the Segways wobble past like drunken buoys. "Of all the places I've visited in Europe so far," my close friend Esteban mused, "I think Prague is my favorite." I nodded in agreement. It's a phrase I've heard time and time again, mostly in response to conversations leading up to my departure for the Czech Republic. Esteban, on his way to Venice for a wedding of a dear friend, managed to stop by Prague for a few days to accompany me on a few adventures before he continued on his way. Though I had only spent a week here prior to his arrival, my enthusiastic adventures early in the program afforded me with a number of locales to show off to both him and Lauren, another friend making a pit-stop in Prague in her post-graduate travels across Europe. It is these places that I would like to share with you - my favorite retreats (so far!) in a city of spectacular beauty.

Let's start with this memory.

Located just past the Charles Bridge, Old Town Square is home to some of the most impressive and breathtaking architecture I have yet to behold. My favorite feature is the Prague Orloj, a massive astronomical clock that was built in 1410. If you're patient, every hour on the hour a simple "clock show" performance occurs in which the statues dance about as bells ring out. I watched with morbid fascination as a tour guide explained that the skeleton representing death rings a bell to remind all that death is always close and approaching with each hour. Yeah, morbid, right? But try as he might, Death can't bring me down in a place like this. The grandeur of the Gothic Church of Our Lady before Týn stabs into the sky with its piercing spires, accompanied by the elegant Church of St. Nicolas, which is currently undergoing a bit of beautification - you can see the scaffolding in my picture above. I will soon return to the Square to visit a gallery currently showing the works of Warhol, Dalí, and Saudek. In all, the Old Town Square is simply a must-see.


Little can compare to the might contained within the walls of Prague Castle. A Gothic behemoth towering at 97 m (318 ft), St. Vitus Cathedral (Katedrála Svatý Víta) was officially completed in 1929, 595 years after Charles IV commissioned its construction in 1344. The nearly six century long process is well worth it, especially when viewed at night. The castle and cathedral are lit beautifully when the sun departs, bathed in golden lights that cast striking shadows across its facade. A night visit also affords an at times much-needed break from droves of tourists (understandably) flocking to the site. The stonework here is breathtaking. I found a small fountain and sketched one of its many faces. It was a peaceful moment, supplanted by the warm babbling of the water behind me. I got lost in the stained glass windows, columns, and steeples. To imagine the care and expertise that poured into this wonder was exhausting, but not more so than the 208 stairs we climbed to reach the castle. Man, I'm getting sore just thinking about it. But I know I'll be back. 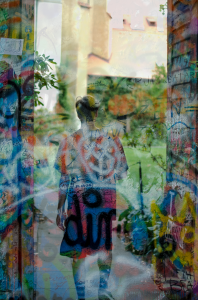 No, not that Lenin. They don't like him too much in Prague. I'm talking about John Lennon. First, a bit about graffiti in the Czech Republic - street art is much more common here, and you can find examples on nearly every street. It is not indicative of rough areas or criminal activity, though the act is still outlawed. However, the owners of the Lennon Wall allow the graffiti to continue on the basis that all messages promote ideals of love and peace. Here, artists and tourists alike are free to express themselves in all forms of media, though spray paint and Sharpies appear to be the norm. The wall is constantly transforming, and beneath the numerous layers of paint lies an incredible amount of history. The wall was a symbol of dissent during Communist occupation and was recently painted completely white by a group of art students, leaving the message "Wall is over" - the blank slate did not last long, and their message has transformed into "War is over," a much more fitting sentiment.

These are but a sample of the many beautiful places Prague has to offer, and I cannot be more excited to discover more of its mysteries and wonders. It seems that every day I am discovering a new park or stumbling upon a magnificent fountain. There is beauty all around in this city, from the lowest cobblestones to the highest peaks. Already, I begin to understand Esteban's quotation, yet I will withhold judgment until I have a greater frame of reference against which I may compare this marvelous city.

Andrew Guastaferro is the Fall 2015 CEA MOJO Blogger in Prague, Czech Republic. He is currently a senior at Chapman University.