The Differences Between Studying & Interning Abroad

August 26, 2015
by CEA Content Creator
SHARE SHARE
I spent a semester studying abroad with CEA in Barcelona, but interning for the summer in Dublin has been an unparalleled experience. I never would have expected such a stark contrast between studying and working abroad, but I feel as though I could never have prepared myself for just HOW different my time in Dublin would be. 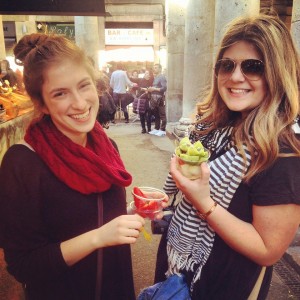 When I spent a semester studying abroad, I focused on packing as much as I could into a 5 month time period. I mean, I had all of Europe at my fingertips and my goal was to see as much of it as I could before I left. While studying abroad, I visited six different countries and three major Spanish cities. I spent my weekdays exploring my host city. During my time in Ireland interning, my focus is Ireland. Instead of "doing" Europe, my goal is to immerse myself as much as I can in the Irish culture in Dublin and all around the Isle. Interning in Ireland has made me feel more stationary and part of a community, whereas when I was studying abroad I felt more like an immersed, temporary visitor. I find myself wanting to try local pubs and seaside villages that my coworkers have recommended rather than trips to cities like Paris that my American friends said they fell in love with. 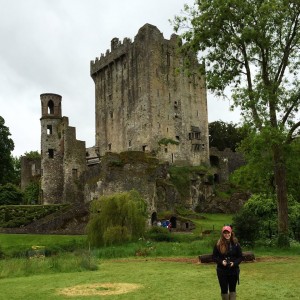 While I was studying abroad in Barcelona, I was with about 300 other American students. In Dublin, I am one of six CEA interns  who are all working at different companies. I am the only American in the company I am working with. In Barcelona, I met fellow students from all parts of the U.S. who also wanted to make the most of their time in Spain. On a daily basis in Dublin, I’ll usually only see five other Americans. I’ve worked my hardest to immerse myself both in the company I work at and around Dublin, and I can’t help but admit that I love this style of living abroad so much more. I have met so many unique, interesting and amazing people while in Dublin, not just Irish, but from all over Europe. I’ve especially loved learning secrets about Ireland and the Irish culture from those who have lived and worked there their entire lives. I’ve used this insight to further delve myself into my internship, socially and professionally.

That leads to the last thing. The professional versus the academic side of being abroad. Instead of being in a
classroom all day, I am out in the workplace. The company I work at is very large and fast paced, different from sitting in a classroom for six hours a day. This time around, I am taking field trips to partner companies instead of Gaudi’s architectural sites. My personal expectations are also vastly different. Instead of waking up after a late night and knowing I can be relaxed sitting in a lecture, I need to dress and act professionally to take full advantage of my time in Dublin and my company. Instead of missing class to travel to the Spanish coast, I find myself not wanting to miss a day of work so I can learn more about my future field with an Irish twist. My priorities have shifted this time abroad.

This isn’t necessarily a bad thing, or a dig to taking classes abroad- it just means my two experiences have been completely different. When I was studying abroad I had different list of priorities and expectations than I do now interning abroad. My compare and contrast list could go on forever! In Spain I was a student, but in Ireland I am an intern.

Ana Gilbert is the Summer 2015 CEA MOJO in Dublin, Ireland. She is also an Alumni Ambassador and junior at the University of Saint Thomas.