March 20, 2015
by CEA Content Creator
SHARE SHARE
My roommate and I decided to take a weekend trip to Valencia, Spain, because we have a lot of friends from our home university studying there. At the beginning of the semester, we hunted around for the cheapest flight, booked an AirBnB, and texted all of our friends to let them know we’d be visiting at the end of March. Before we knew it, it was the end of March, and we were on our way to Valencia! Neither of us knew much about Valencia, so we arrived with no preconceptions or any idea how delicious the paella would be. Thankfully, we had a tour guide (our amazing friend from the US named Melanie) to lead us around the city and translate the Catalan Spanish. On our first day, we mostly wandered around the vast city, ate tasty food, and window-shopped. Valencia was about ten degrees warmer than Florence when we visited and the sun was shining the whole time, so we basically felt like we were in paradise. The palm trees weren’t bad either. We also got a giant plate of churros from Valor with chocolate dipping sauce.

Our first stop on our second day was the Mercato Central. It’s an incredible, old building that used to be a train station and was then converted into a marketplace. You can buy anything from fresh produce to fish to majorly over-priced Pop Tarts. It was insanely busy, so we only walked around for a few minutes. Just long enough to buy fresh fruit juices and a huge carton of strawberries, which I ate in about half an hour.

After the market, we decided to take a late breakfast break at Panaria across the street. It was absolutely adorable and everything was delicious, especially the freshly squeezed orange juice. One charming (sometimes testing) thing about Valencia is that they take an enormously long time eating meals. Since being in Italy, I’ve definitely developed a slower eating pace than the typical American, but Valencians blew the Italians out of the water. However, the extended mealtimes gave all of us tons of great bonding time, so it all worked out in the end.

Next, we headed over to the Valencia Cathedral . We ended up taking an hour-long audio tour of the entire cathedral, and then we climbed the 207 steps to the top of the bell tower to enjoy the incredible view of the city. In the cathedral, we got to see and learn about what is believed to be the Holy Grail and also the mummified arm of St. Vincent that was preserved after his martyr in 304. It was incredible and very gross, all at the same time. 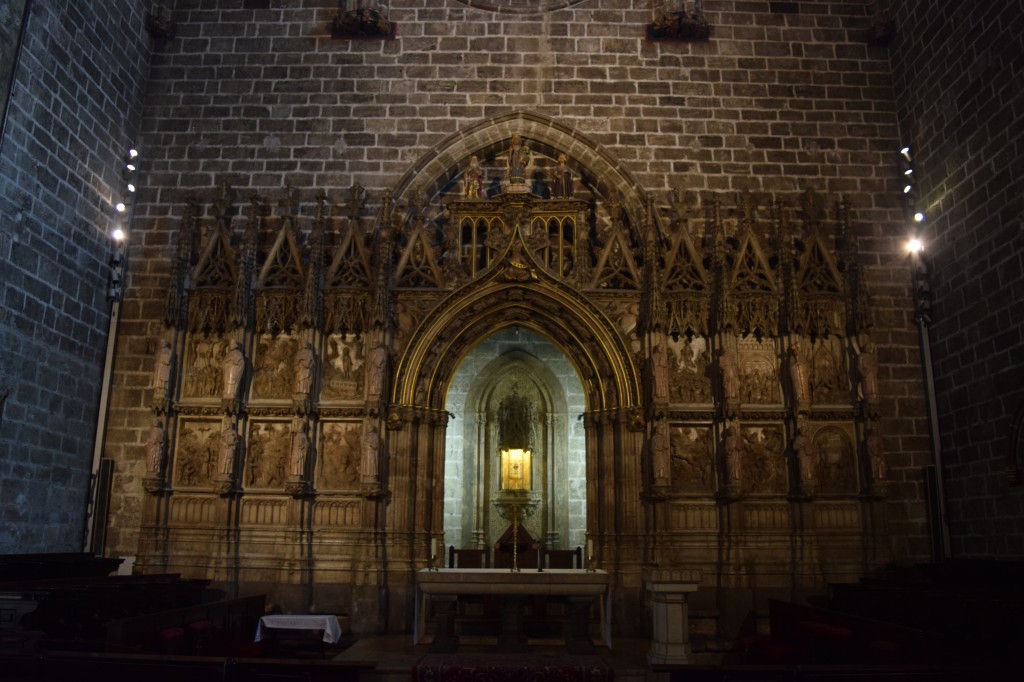 The main dish that the Valencians are known for is paella. It’s an a traditional Valencian rice dish that is usually served with seafood or chicken, and it's actually the most delicious thing ever. Since being back in Florence, I’ve had cravings for it multiple times. We ended up having paella three times during our two-day stay in Valencia, so it comes highly recommended.

We absolutely loved our time in Valencia, and anyone who is looking for a warm, bustling, fun city to visit in Spain should definitely check out Valencia.

Ellia Flinn is the Spring 2015 CEA MOJO Blogger in Florence, Italy. She is currently a junior at Cedarville University.