Life at the Casa 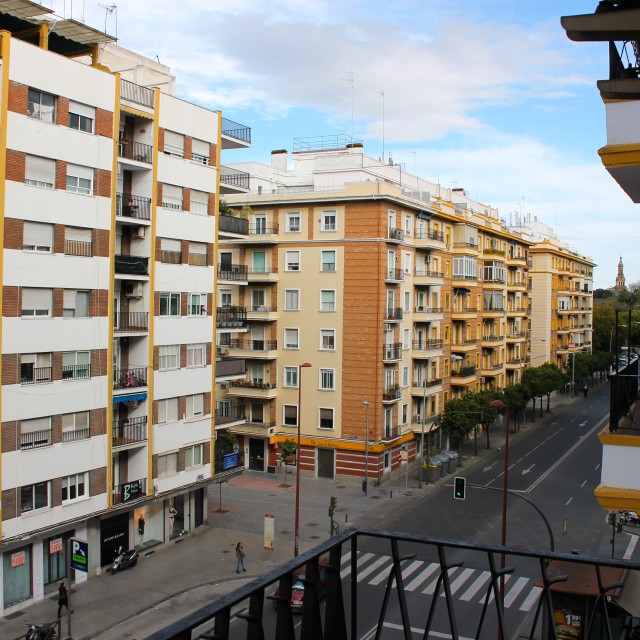 
If you choose to study abroad with CEA, there are multiple options for housing. The housing that I chose is called a Casa de Sevilla - Literally a house of Seville. Staying true to this name, the building is an apartment building in one of the primary neighborhoods of the city. Currently there are five CEA students in our housing, myself included. Add in the three other guys that live here and the rooms are full - eight guys in five rooms. The house is set up like an apartment, of sorts. The bedrooms have little more than room for the beds (taking the name a little too literally). The two bathrooms each have a shower - but neither has a mounted shower head. There is a kitchen and a pantry with a washing machine, as well as a clothesline stretching between the pantry and the bathroom. The Casa is unlike an apartment in that we as the residents do not have access to the pantry or most of the kitchen - and that is a blessing.

CEA offers the Casa de Sevilla option in addition to living in a local university dormitory, living with a local family, or securing an independent apartment. The difference between the independent apartments and the Casa de Sevilla is that each Casa includes three meals each day, six days per week. Breakfast is on our own with bread, knock-off Nutella, and the oddest toaster ever made available on the counter. Lunch typically includes a salad and some variation of lentil or chickpea soup. Supper (which apparently is a word that approximately one in eight guys uses in place of dinner) is almost always a bowl of soup made from some pureed vegetable and some pasta or meat and potatoes. (For those of you wondering - Yes, the Casa is the same price as the other options which do not include traditional, home-cooked meals. And yes, this should be an easy decision.) The Casa stay also includes laundry service once per week, which means eight guys who at least somewhat plan to be independent within the next few years are not doing their own laundry - and it is wonderful. There has become a sense of excitement that comes with looking out the window and seeing your clothes on the line on the same day that you put on your last pair of clean boxers. That's part of the life at the Casa.

Alex Larsen is the Spring 2015 CEA MOJO Blogger in Seville, Spain. He is currently a sophomore at The University of Northwestern - St. Paul.