There are so many factors that influence where one will study abroad. Are there any language barriers? Is it a big city or a small town? Are there other places to travel close to me? Will I like the food? Are there other international students at my university? Which backdrop will get me the most likes on Instagram? All fair and honest questions that one needs to think about when deciding where to study. When I was preparing to study abroad, I wanted only two things: somewhere where I could better my Spanish and a destination a little off the grid, but not so much as to give my mother a heart attack. Alas, I am studying in Buenos Aires. When I arrived here I had no idea that I would grow to love the Porteño culture so much.

My connection to my study abroad city is not a person I’ve met here, or my favorite restaurant, or even the bar down the street. My connection to Buenos Aires is the natural flow in which everything seems to move with here. There is an inherited sense of patience, common to many Latino cultures, that I did not expect to find in a bustling city such as BA. This sense of tranquility can be found everywhere from the three-hour-long coffee dates to the exuberant amount of time it takes to fix a sidewalk. Unlike back home, every day processes are not rushed, there is no stress when things do not go as planned because there is always mañana.

I came to this realization last Thursday. My class had been canceled that day so a couple of friends and I decided to meet up to go to Zoo Lujan. Anyway, we met up, found the right bus and we were on our way. An hour into the trip we left the city and were driving past small towns and farms. About two hours into the trip, I turned to the sleeping woman next to me to ask if we had passed the zoo yet. She mumbled something about being tired and that we had either passed it a long time ago or still had a long way to go, my Spanish comprehension was a little shaky that day. Another half an hour passed and we have not touched any tigers yet. I turned toward my bus mates and as calmly as I could, explained that we were probably not going to survive the rest of the trip. We had no Wi-Fi, no address of the zoo, no map, and no way of calling someone to pick us up. I was on the verge of hitch-hiking my way back to the city.

My friends were not as stressed as I was. They seemed to have adopted the patience of Buenos Aires far better than I had as they merely told me to calm down, let’s just see where this bus takes us. What! See where the bus takes us? All of my adolescence I was told that things don’t really work out the way you planned, and you should stress out if they don’t. Didn’t these people realize that we were on a bus in the middle of Argentina without a clue as to how to get home? And you want to know what happened next? We made it to the zoo.

That’s the thing about Argentina. Things seem to work out eventually, not always in the way you planned, but they work out. I spent an entire bus ride stressed out while my friends enjoyed the ride. That is when I realized that I could get used to this way of life. I like having to be patient and trust in something bigger than me sometimes. And that, my friends, is my grand connection to my Buenos Aires (and the fact that I really did touch some cool animals at the zoo!). 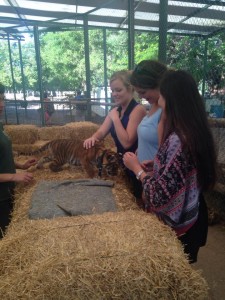 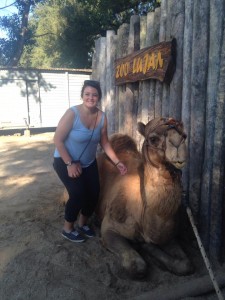 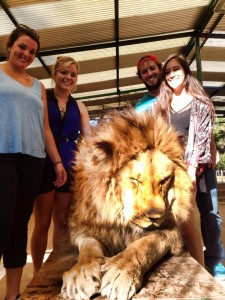 '
Maggie Luehrs is the Fall 2014 CEA MOJO in Buenos Aires, Argentina. She is currently a junior at Colorado State University. Read more about our CEA Content Creators.
Leave a comment
Newest on top Oldest on top
Load more comments
Thank you for the comment! Your comment must be approved first