A Weekend in Krakow, Poland

One of the perks of studying abroad through CEA are the planned excursion trips offered as part of my program.  This last weekend, I went along with 80 kids also studying in Prague and ventured to Krakow, Poland for a few days.

The staff at the CEA study abroad offices in Prague did a great job planning out our four days of transportation, accommodations, and sightseeing.  Here's some of the highlights from a weekend spent in one of my favorite destinations in Europe thus far:


After a morning tour around Krakow's historial sights, we were free for the afternoon to grab lunch and do some shopping around Krakow's picturesque Old Town Square.  It was a gorgeous, sunny day, so we decided to grab lunch on the patio at a traditional Polish restaurant in the square.  I was feeling particularly adventurous and ordered a plate of duck dumplings, which was actually delicious and definitely a staple of Polish cuisine. 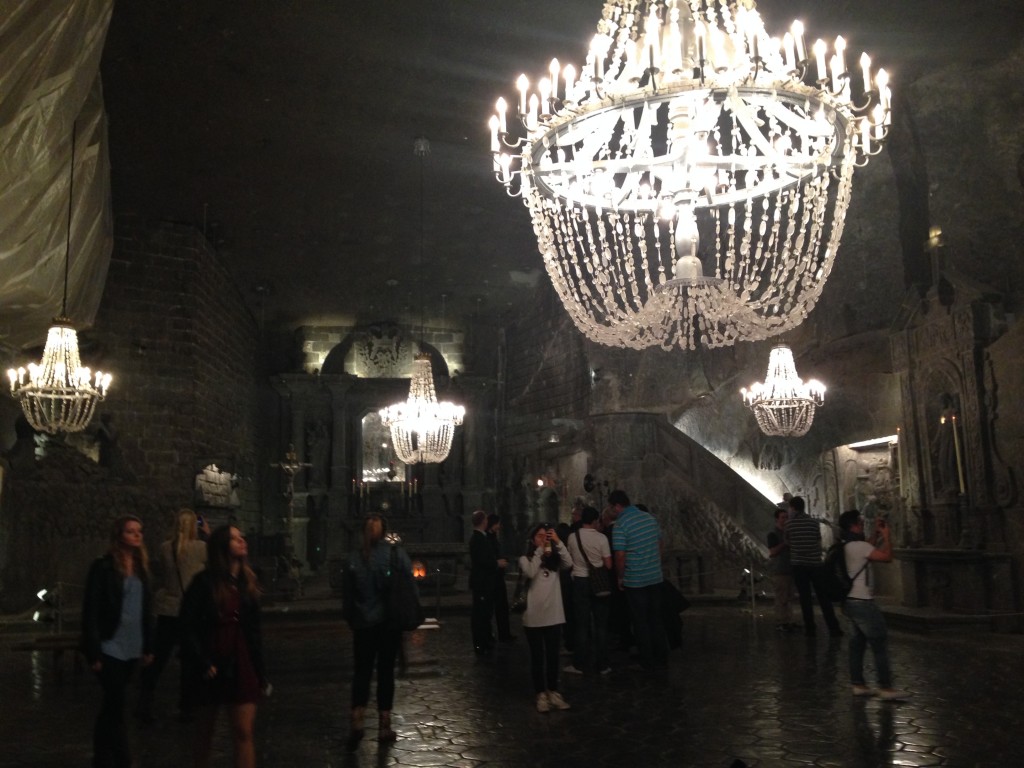 Later that afternoon, we took a bus to one of the world's oldest salt mines still in operation.  After descending nearly 400 meters underground, we toured the mine passages that boasted several salt sculptures, an underground lake, and several chapels.  Also featured in the mines was a huge underground cathedral sculpted entirely out of rock salt.  Even the crystal chandeliers were made out of rock salt crystals, and it was absolutely breathtaking.  I figured that I should probably buy some dark chocolate sprinkled with rock salt while I was there to  save for the bus ride home, so I did.  It lasted about thirty seconds split between my friends and I, but I think it was worth it.

I won't say that I enjoyed my time there, but I think it is something that every person should do if they have the opportunity to visit a concentration camp.  As an American, it is one thing to visit Holocaust museums in Los Angeles or Washington D.C., but a completely surreal to actually stand on the train platform that I'd only read about so many times in high school.  It was emotional and a truly solemn experience, but such an important part of history to remember the innocent people who perished there.

On Sunday, before our bus back to Prague, we toured Krakow's historical Jewish Quarter.  The streets of Kazimierz feature a weekend swap meet where locals come to exchange goods, along with coffee shops and restaurants with traditional Jewish food.  There were vendors cooking Polish sausage, smoking fried cheese and cranberries, selling gingerbread and taffy, and other souvenirs.  I decided to split the cheese delicacy between myself and a friend, and I'll be honest--if you ever have the opportunity to try fried cheese, well, don't pass it up.

Chelsea Brady is the Fall 2014 CEA MOJO in Prague, Czech Republic.  She is currently a junior at the University of San Diego.