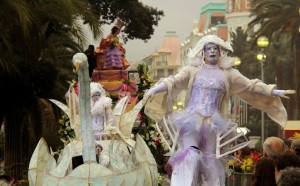 Every year, as part of its Carnival celebration, Nice holds its Battle of Flowers (La Bataille des Fleurs) parade just along the Promenade des Anglais, a path that stretches along the Mediterranean seaside, lined with palm trees and, in the middle of February, hundreds of thousands of flowers. 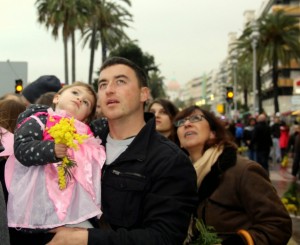 This world-famous tradition dates back to 1856, consisting of extravagantly costumed performers who throw flowers to the crowds. People young and old fight for the flowers, yelling and waving and craning their necks as children run between their legs, begging to sit on their parents' shoulders.

Carnival brings the people of Nice together as they fight for the flowers. Even in the rain, I join them, and I find myself laughing and smiling like a child, covered in silly string and confetti and clutching my mimosas and lilies to my chest. Against the cold ocean air, we push our way through the crowds to the railing. Our goal is to catch a rose. 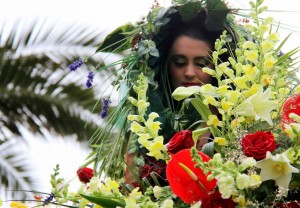 Each year, the parade follows a certain theme, which in our case is Gastronomy. The floats overflow with freshly-cut flowers, from brilliant blue tulips to silky orchids, each conforming to the theme in entirely different ways. Performers are dressed in headdresses and wings, and a dragon floats high in the sky, eclipsing the sun and breathing smoke over the heads of squealing children. 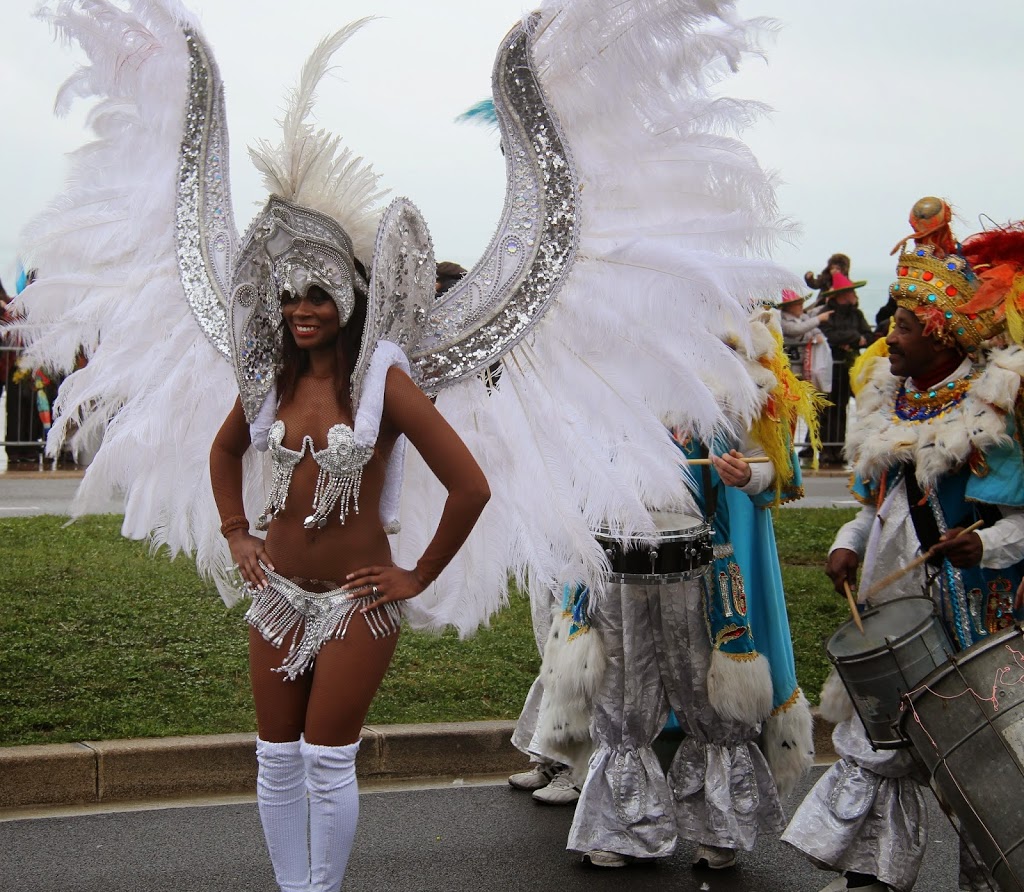 Beautiful women wear gowns made of silver forks, and men dressed as cakes with heavy white icing roll around on scooters, terrorizing the crowd with strange sounds and faces. Brazillian dancers, percussion bands, and bag-pipe players fill the air with music, and phantom-like creatures in translucent sheets of pale purple silk teeter by on stilts.

We yell and scream and wave our arms high above our heads, but the performers don't seem to hear us. The parade is almost over, and the floats are nearly picked-dry. Children scramble through the crowds as they try to catch the mimosas flying through the air, but they always seem to land in higher hands. 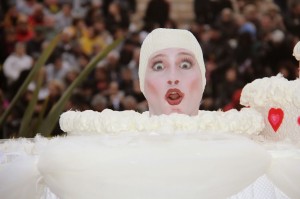 Getting desperate, we do our best to flag down a float that is shaped like a fishbowl, with a sequin-covered woman swimming inside. Three performers dart between the float and the crowd to toss the remaining flowers and streamers, but there's not a rose to be seen. It's about time to head back for the bus, so we turn to leave. 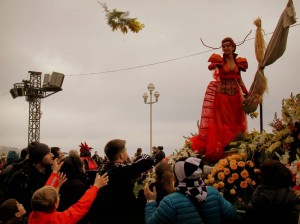 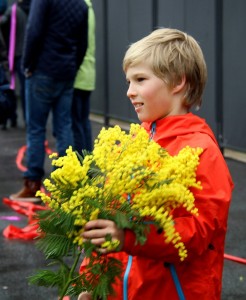 But as we're just about to make our way through the crowd, I see a flash of color moving toward us. It's one of the fishbowl performers, his sequined costume sparkling as he weaves through the flag-throwers and stilt-walkers. He darts past outstretched hands and flashing cameras until he is standing in front of me, arm stretched out, a red rose in his hand.
Lindsay Bayne is the Spring 2014 CEA MOJO in Aix-en-Provence, France. She is a junior at the University of Pittsburgh. Read more about our CEA Content Creators.
Leave a comment
Newest on top Oldest on top
Load more comments
Thank you for the comment! Your comment must be approved first