My Quest for the Perfect Italian Gelato

At least every street will have two or three little shops beautifully displayed with gelato in the front window. Everyone has their option on what the best kind of gelato is and where to find it. Prior to my journey in Italy, a few different people gave me their option on what the best gelato was. One of my friends told me that the most authentic gelato could be found in deep ice cream containers with lids on top. While on the other hand some people told me that if I was searching for gelato more similar to American ice cream, I should look for the fluffy looking kind. Although I was thankful for the advice, I figured the best way to settle the debate would be to try it all and decide for myself!
On my first day in Rome I found an amazing gelato place two blocks down from my apartment called LemonGrass. This place has a really cool decor of all dark wood up to the ceilings and white accents. The gelato was beautifully displayed in the front glass, which didn't fail to catch my eye. This was the first gelato place I walked into that had an Oreo flavor, which of course I had to have. I ordered Oreo and their signature flavor, lemongrass. The gelato was a bit more icy than I expected, but the flavor was fantastic! My roommates were with me, and they got Nutella and coffee favors. We all agreed that this would be a regular stop for us on the way home from school! 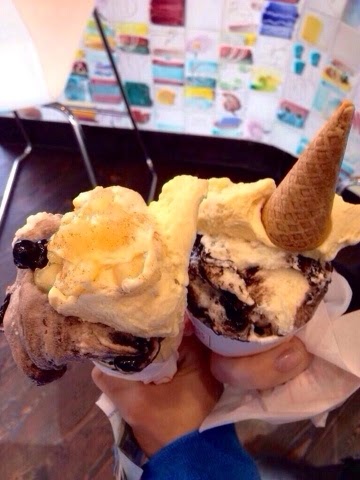 A few weeks into the program, we went to Florence for the weekend. I have a few friends who are studying there for the semester, so I made sure to check in with them and find out which gelato place I should go to. Her recommendation was a placed called Grom, which is located in the main square right across from the Duomo.

After our tour of the beautiful city of Florence we made a stop in. This place had so many flavors and they were piled up extremely high. This gelato was what had been described to be as 'fluffy'! Since my time Rome, I had yet to find a place that had mint flavor. So, when I saw a huge section of mint I had to try it! My friend was right, this gelato was amazing and totally had a similar consistency of American Ice Cream! Still to this day this is the best mint flavor I've had. 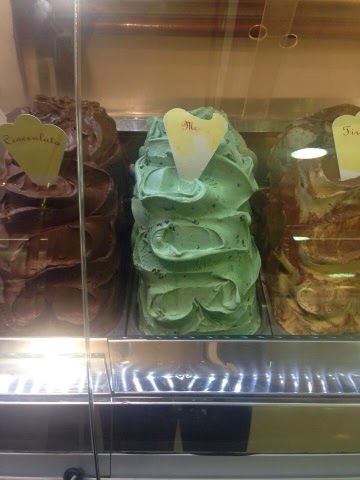 Most recently, I made a trip to Venice. The view of the city was beyond spectacular! And much like Rome, gelato shops could be found on every block. Given the unusually hot weather, we were drawn to the closest shop from our hotel. Again, I decided to try the mint! (Can you tell what my favorite flavor is?) Lucky for us the gelato was fantastic and we wear able to enjoy it with a fanatic view of the water! 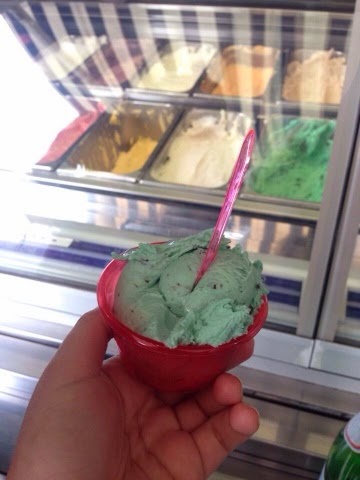 I have sincerely enjoyed my research of gelato through Italy. At the end of the day, it's nearly impossible to find bad gelato.... But it's fun to try them all!
Shayna Kerry is the spring 2014 CEA MOJO in Rome, Italy. She is a junior at the University of Colorado at Boulder.
Read more about our CEA Content Creators.
Leave a comment
Newest on top Oldest on top
Load more comments
Thank you for the comment! Your comment must be approved first