On January 3, I arrived in Alicante along with the eighteen other members of our CEA Spring 2014 Alicante group. It's hard to believe that a month has gone by since that time! I was enchanted immediately, and in the past four weeks my love for this city has continued to grow. Here are just a few reasons I love my adopted city.

My housing location. My new home is a beautiful third-floor apartment right on one of Alicante's main boulevards, La Explanada. Through the huge, double windows in our living room, we can see palm trees lining the brightly tiled walkway that is almost always filled with people coming and going. Beyond that, I see the sea – that's right, I can see the Mediterranean Sea from my window! I'm from Kansas and I go to college in Indiana, so waking up every day to this view is nothing short of a daily miracle.

The castle. No joke, I live within walking distance of a castle. The Castillo de Santa Barbara was built in the 9th century by the North African Muslims who ruled Spain for five centuries. From my apartment, I walk through El Barrio, our popular downtown neighborhood, and wind my way up through narrow, cobblestone streets lined with colorful houses. I climb further up until I reach the paved walkway that goes up and around the mountain. This leads all the way up to the castle itself! It's a massive stone structure that's so old it almost looks like a part of the mountain. From the top, a stunning view of the city spreads out on all sides. 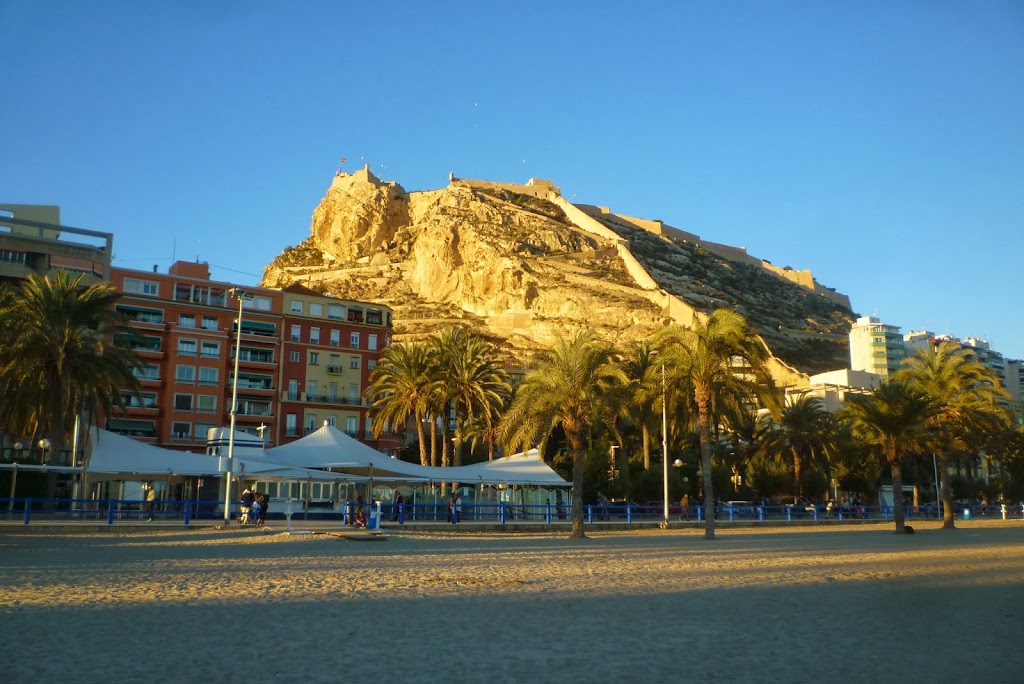 The sea. Near my apartment a pier leads out directly over the water. One cloudy, gray afternoon I went for a run and finished by running down the length of the pier. Just as I reached the end, the sun broke through the clouds and turned everything golden. And to top it all off, a rainbow appeared on the horizon over the waters, the cherry on top of a perfect sunset. I've spent many wonderful hours on the beach watching the waves. In fact, to celebrate my twenty-first birthday I had a picnic on the beach with my friends!

The people. I've made so many good friends within our CEA group: we live together, travel together, learn the ins and outs of studying abroad together, and have already bonded more than I ever thought possible in a month. Through my classes at the Centro Superior de Idiomas at the University of Alicante I have also become friends with fellow international students from Russia, Albania, Korea, and more. And of course, I have loved making friends with Alicantinos! A great way to meet locals is through an intercambio – a meeting between Americans who want to learn Spanish and Spaniards who want to learn English. I've started going to an intercambio every week at a cafe nearby, and there's nothing I love more than sitting and talking with new friends over tea and brownies, whether in English or in Spanish!

This is just a brief snapshot of my life in Alicante so far! I couldn't be happier or more grateful to be living and learning in this beautiful place!

Hillary Harder is the Spring 2014 MOJO in Alicante, Spain. She is a junior at Goshen College.