December 19, 2013
by CEA Content Creator
SHARE SHARE
My parents arriving in Rome on Saturday made for an interesting, exciting, humorous and exhausting week. I wanted to show my parents everything I could - everything abroad, my abroad life - my daily routine, walking route, favorite restaurants, spots, and show them exactly why I love Rome and studying abroad so much.

It was great to finally show my parents everything they had been paying for me to experience, and how valuable it really is to me. My parents had never been to Rome, let alone Italy before, so they really put my knowledge to the test in navigating and speaking Italian. Can you say Grazie? Apparently my Dad cannot.

When they arrived on Saturday I took them to one of my favorite restaurants in Trastevere, Alle Fratte, for their first slice of real pizza. It was the first of many exceptional meals. I walked them to CEA campus from my apartment, showed them my favorite gelato spot, and we hung out in St. Peter’s Square at dusk on the way home. Later we went for a dinner in Campo di Fiori for some traditional Roman pasta dishes!

Sunday we woke up early to see the Colosseum and the Roman Forum, and then went to the AS Roma soccer game that afternoon. A soccer game in Europe is definitely worth it. It’s crazy! There was a boy who sat behind me who must have been about five years old. He was screaming at almost every play and every player, and was very upset when something didn’t work in Roma's favor. When Roma scored, I had never seen such a reaction and such excitement for a regular season, not tie breaking, goal. The whole stadium boomed and broke out in loud chants. Seriously, it was insanity. My parents love sports, so this was a great activity for us! 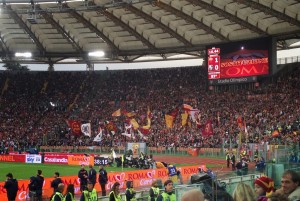 On Monday it was time to use my navigation skills to get us from the Spanish Steps, to the Trevi Fountain, to the Pantheon, and then to Fiori di Imperiali, the neighborhood behind the Colosseum, where we had our dinner reservation. Surprisingly, I knew more than I thought.

My mom had a map with her but we really didn’t use it too much. We walked around from about 6:00 p.m. to 8:00 p.m., which is the best time to see these landmarks. The crowds are much smaller, allowing you to take in each site a little more. The first time I saw them all it was a crowded Saturday in August. Seeing them on a Monday night in November was much different. I actually went in the Pantheon and saw all the beauty of it, and got a picture in front of the Trevi Fountain without 50 people I didn’t know also in it. It was cool to show someone who had never seen it! It made me really appreciate how lucky I was to live in such a city.

Tuesday we went on the Vatican museum tour of the Sistine Chapel and St. Peter’s. Our tour guide was wonderful, very knowledgeable and made some great jokes. She helped the tour seem not nearly as long as it actually was. On Tuesday I took my parents to a restaurant I had only been to once before. I think this was the best meal I had had in Italy. We started with a cheese tasting plate that came with bruschetta. There were three different types of cheeses - buffalo mozzarella, smoked buffalo mozzarella, and fresh ricotta. Next we had a fresh artichoke salad. My mom and I both got the Spaghetti and clams for our entrees. Our waiter informed us that the freshest fish is always on Tuesdays and Fridays, so my mom promised they’d be back then! 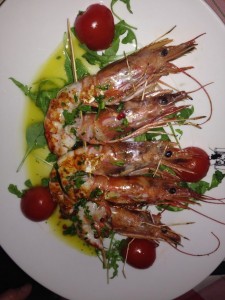 Over the summer my parents and I had discussed at length whether they were going to come visit. Originally, we decided that the trip would be difficult to plan without knowing my exact schedule. My Mom called at the end of September to say that she changed her mind. And I'm so glad they did. Since my parents stayed in my neighborhood, I really got to show them everything I had been doing over here. This is one of the most valuable and unforgettable experiences of my lifetime, and it was so cool I got to show them. For parents debating whether or not to visit, there is no better time to come to Europe. 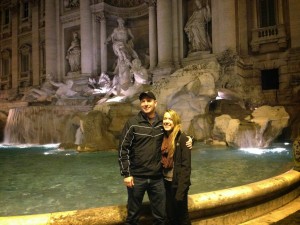 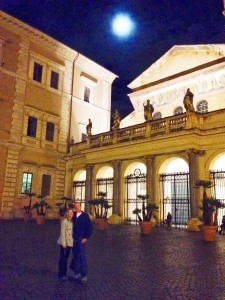 Haley Bryan is the Fall 2013 CEA MOJO in Rome, Italy. She is currently a sophomore at Providence College. Read more about our CEA Content Creators.
Leave a comment
Newest on top Oldest on top
Load more comments
Thank you for the comment! Your comment must be approved first