5 Things That I've Taken Away from Study Abroad

There are many things that I have learned from studying abroad and narrowing it down to the top five points is hard, but if I didn't limit the list, I'd be going on and on with it!

(These really are in no chronological order; I'm just rolling with the order that they pop into my head.)

Despite living in a dorm at my college and being away from my family, I had never felt so independent before having to navigate LAX (the airport) for the first time. After holding back some tears, I walked through the check point, ticket in my slightly shaky hand, waving bye to my Dad and sister. There were other people around me looking bored and annoyed, as they probably have to board planes all of the time for work or something, but this was going to be the first major adventure of my life. I didn't know what to feel; I was happy but also sad, excited but also nervous, and content but also uneasy.

The separation from my family is not the only way that has enhanced my independence, it has also been from living in a place that allows for and even forces independence a little more than back at home. Here the public transportation is a lot better so if my friends and I are wanting to go up the coast some to a close city, we just hop on the tram and go.

When going out for the night, I tell mi madre Española that I'm leaving and just come back afterwards without having to worry about her being worried that it's 7 a.m. and that I'm just getting home from the disco. Although there are people here to help you, nobody is going to really hold your hand and guide you through your semester or year, you've got to take charge!

Overcoming the language barrier also helps to take away the feeling of constantly being spoon fed because you have to figure out how to say what you need to on your own (although a pocket dictionary never hurts). Not fluently speaking the same language as everyone around me but then being able to communicate with them creates an incredibly rewarding feeling that will eventually make you motivated to talk to local friends more and more. Isolation can be a bit of a problem though because the language can be extremely discouraging at times, but don't let that stop you from getting out there and practicing with people! I have gotten good grades in my classes here, but more important than the scores of my final exams is the fact that I am speaking Spanish everyday in a way that I never have before.

Learning about a place is much more different than learning in that place because you can learn a new word, then use it with a cashier, your Spanish family, or friends. It feels like such a great accomplishment! Nothing beats the experience of living amongst an entirely new kind of people. I know Spaniards and people from other countries back in the States but when meeting people in their own country, they seem much more comfortable and relaxed enough to show off their cultural differences.

The opportunity to learn outside the classroom is what really drew me to study abroad. It is the definitely one of the top things that has made me glad that I have gone abroad. Having to decide a major that will lead to a life-long career before really knowing ourselves confuses me and although my major hasn't changed, I have become more motivated and passionate about it. I'm also more passionate about life in general because I am yearning to learn more about the different kinds of people and cultures of the world.

It is not a myth, the travel bug does exist, and man has it bitten me. Going to new places and experiencing new things puts the world into perspective because you start to feel so small and the world starts to feel infinitely larger than you. The mistakes you have made in the past feel like nothing because you realize that so much is ahead of you and so much is already happening. The more travel I have done, the more my mind has opened to accept the differences of not only other people, but of myself as well since I have become more accepting of my own weirdness, although I do still surprise myself.

My friend and I traveled to Ireland and then to Germany, and going along with the increase of independence while being here, going to those places had definitely bumped it up a few notches. We stayed in a hostel in Dublin and Hamburg, shared a room and toilet with people we didn't know, and had a great experience. We roomed with people from Chile, Korea, Brazil, and Russia over the course of staying in Dublin for four nights, and met countless other awesome people. Ireland is definitely a place that I am needing to go back to! Here are some pictures from our adventure there: 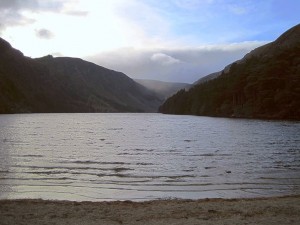 In Glendalough (means valley of 2 lakes),
looking at the "de lough" (second lake). 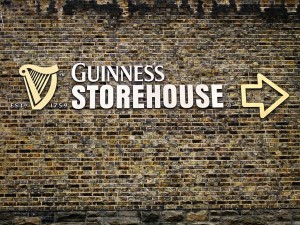 Wouldn't be Dublin without Guinness! 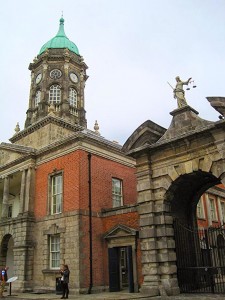 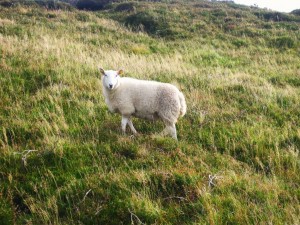 Sheep just roam about in the country side,
it's pretty cool! 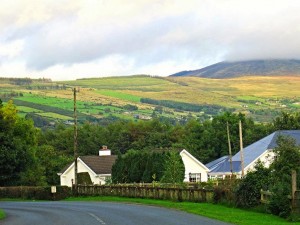 Took a tour to see other parts of Ireland.
A lot of the drive, the "neighborhoods" looked like this-
sheep, cows, and massive green spaces everywhere. 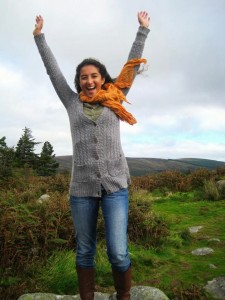 We all have walls up because we all like things to be done the way that we want and are used to, but when studying abroad, having things go the ways that we want is seldom an option. Being receptive of new ways of life was easy the first month because everything was new and exciting, but the real test was having to go without Mexican food and good sushi for the past two month. It has been quite a challenge.

My friend and I have concocted something similar to nachos a few times, but not having the authentically spicy salsas and good avocados just hasn't made the cut for me. The first thing I'm eating when I land in the States tomorrow is a whopping burrito from this hole-in-the-wall place that I love. Besides the lack of diversified food, the exposure and forced cooperation that comes with immersion has been uncomfortable at times, but nevertheless eye opening and pleasant after a while.

This semester and my next in Granada will put me behind in school, but I would not trade it to graduate on time or even ahead. What I have learned has been more valuable than getting to start working a year earlier because I have been exposed to so much, and not only Spaniards and Spanish culture but to people from around the world. They have taught me about their cultures and it has just really been an amazing way to learn about the world.

You will take away something different from your travels than I have, but these have been some of the greatest things that I have experienced. Hope my blogs have gotten you super motivated to get out there and travel, because study abroad really has been one of the best decisions of my life.


¡Hasta luego!
Kiana Fukuda is the Fall 2013 MOJO in Alicante, Spain. She is currently a sophomore at California State University, San Marcos.
Read more about our CEA Content Creators.
Leave a comment
Newest on top Oldest on top
Load more comments
Thank you for the comment! Your comment must be approved first