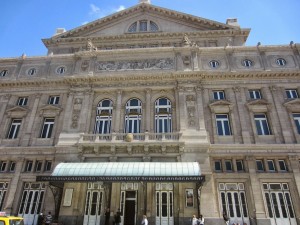 What is one of the theaters or teatros ( in Spanish, the word is teatro) in the world with perfect acoustics? If you guessed Teatro Colón, you are right! But I guess I made the answer pretty easy, since it's in the title of this blog post. But hey pat yourself on the back anyways, because the Teatro Colón is pretty awesome! For ya'll ( okay side note: I am from Texas. I say ya'll a lot.) who are planning on taking a trip to the Big BA, here is a mini play-by-play of the tour of the Teatro Colón I took, the ballet I saw, along with some fun good to know facts. If you are not planning on coming to Buenos Aires soon, that's okay. The Colón is a marvelous place, and I know you will enjoy reading about it nevertheless!
Ok dale, let's go!
The theater is located near the Tribunales Subte (Subway) stop. Its front entrance faces Plaza Lavalle; however, many people think that the front is the entrance that faces the main road, 9 de Julio. Yet, this opera house opened in 1908, before 9 de Julio was built.

Here is the address to the teatro. If your in the area, take a looksey. Cerrito 628, Buenos Aires, Argentina

So, I went on a tour of the Colón with my CEA group as part of my CEA program. The tour lasted about 50 minutes, and there are tours every 15 minutes. Students get a discount with a student ID, but without the discount the cost is $110 pesos for foreigners. The tour took us to different seating areas and the area where high society, back in the day, mingled before the shows. It was a great experience, and the tour guide was very helpful and friendly!

Also, just to let ya'll know, my tour was in Spanish. Even though I am not a native speaker, I was able to understand everything the tour guide was saying. Moreover, its website (http://www.teatrocolon.org.ar/en/)  is also available in English; however, I am not sure about the tours. But don't let this stop you from going! The tour is worth it, and for those who are studying Spanish, like I am, you should not have a problem understanding the tour in Spanish. 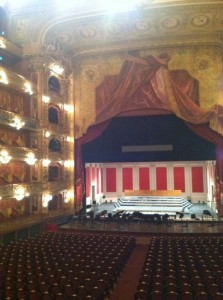 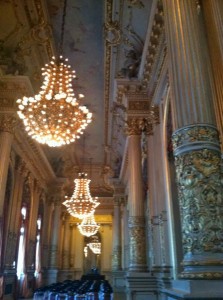 After the tour, I had the opportunity to see the experimental concert hall underneath the main concert hall. It was a cool place! I have not yet been to a show here, but I would love to go before I leave. The experimental hall puts on ballets, concerts and so forth but with an artistic twists! 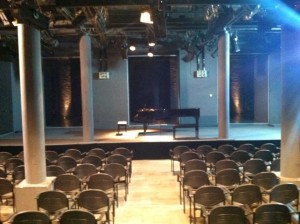 Now for the ballet! I saw Don Quijote. The story of Don Quijote is very widely known in Spanish speaking countries. Don Quijote is a series of stories that was written by Miguel de Cervantes, in 1605, about a man, Don Quijote de la Mancha, who thinks he is a knight and goes on crazy adventures with his "squire", Sancho Panza.  The ballet cost me $210 pesos for a sitting spot. The good thing about this opera house is that it is pretty accessible for every budget. Every month there is a free showing, and there are standing spots for $40/ $50 pesos. My seat was high up, but I was sitting in the middle and could see pretty well.

Well there you have it! I hope you now think the Teatro Colón is as super awesome as I do! 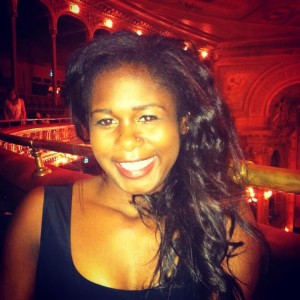 Maya Sykes is the Fall 2013 CEA MOJO Buenos Aires Read more about our CEA Content Creators.
Leave a comment
Newest on top Oldest on top
Load more comments
Thank you for the comment! Your comment must be approved first