Everything is Ancient, Yet New to Me

I had never been to Italy, but I had an idea what Rome looked like before I arrived in my host city for the next four months. I've seen it in history textbooks, Disney channel movies, and on the news. Now, I've been living in Rome for almost a month and the history is truly ancient – three thousand years of it.

From the Roman Forum to the Trevi Fountain, I’m actually calling home the same place people of the Roman Empire called thousands of years ago. That’s way before 1492 when Columbus sailed the ocean blue! I’ve been on several site visits through my CEA classes, and have walked around on the weekends to explore as much of the city as possible while it’s still nice out.

My first impression was that everything was 10 times bigger than I expected! The Colesseo is massive, the Fontana di Trevi is breathtaking, and the Spanish steps, are a lot of steps but definitely worth the view. I spent an hour at the Roman Forum, and didn’t even see everything. And a tip: the Pantheon is right by the city's best gelato places! 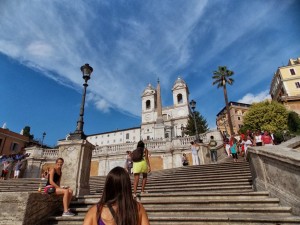 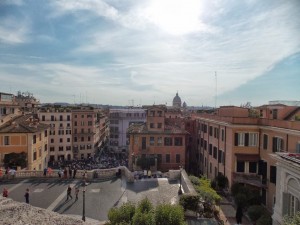 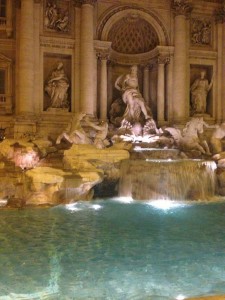 The Fontana di Trevi, or as we Americans know it, the Trevi Fountain, was my favorite place. I’ve visited twice, the first time on a crowded Saturday in August, and once at 3 in the morning because there was no one there! I know it sounds ridiculous, but it really is worth it. This way you can take in the massive structure that once provided Ancient Rome with most of its water. Being able to hear the water flow really adds to the experience. And don’t forget to throw a penny in over your should and make a wish! The city cleans the fountain every Monday and donates the money to those in need. How cool?! 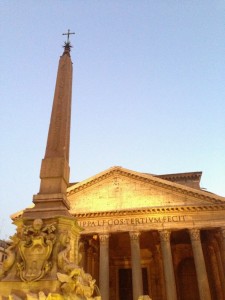 I’ve also found myself at the Pantheon more than once. The CEA staff took everyone on pizza and gelato crawl, which ended right there. I learned that the Pantheon was actually a temple dedicated to all gods, so that must explain why it is so big and beautiful. We couldn’t enter because we wearing shorts on this hot summer day, which was a bummer, but we got over it with some seriously delicious gelato at Della Palma. I’ve never seen so many flavors of gelato – or anything in the gelato family for that matter. It seemed like there were a hundred!

Ancient Rome has taught many lessons so far, and really put in perspective time and human history. Doing all of the touristy sites really is worth it. Each one is captivating, and way different seeing it in person than in a picture or a movie. We walked from the Trevi Fountain, to the Pantheon, to the Spanish steps all in one day. Sure we were a little tired, but as I stressed earlier, nothing a little gelato can’t cure!
Haley Bryan is the Fall 2013 CEA MOJO in Rome
Read more about our CEA Content Creators.
Leave a comment
Newest on top Oldest on top
Load more comments
Thank you for the comment! Your comment must be approved first